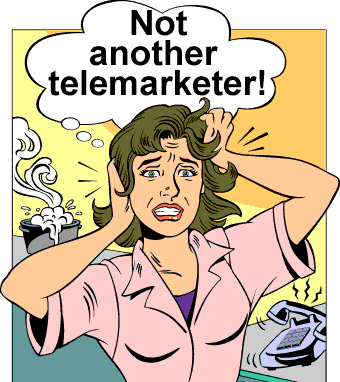 There is nothing that riles me up more than robocalls and telemarketers.  They truly are the scum of the earth.  I have no patience with them and their games. I detest them. I generally just hang up on them, but sometimes I’m lulled into staying on the line. I’m never polite, that’s for certain.  Is it possible to be too rude to a telemarketer?

Don’t think of them as people. All they’re after is your money. All you’re after is for them to go away. But bear in mind, every minute on the phone with you (who have NO intention of buying a damn thing) costs them money. Most of them work for a very small base salary, or none at all, so depend on sales. Thus, if you really want to do a telemarketer a bad turn, you’ll keep ’em on the phone for as long as you can. Hanging up right away actually helps them.

My two favorite ways to handle telemarketers are:

1. If I don’t need the phone for a while, I tell them to hold on for a second, put the phone down on the counter and go back to doing whatever I was doing, or get my 4 dogs into a barking frenzy.

2. Ask them “Tell me if this sounds like I’m hanging up on you.” Then hang up the phone.

I guess a third one would probably be what my late father used to do – (RIP Dad). He would get all excited about what they were selling, spending as much time with them as he could (after all he was retired and had nothing else to do) and he would sign up for everything… right up until the point where it would be time to make payment arrangements then he’d say “You know what, I changed my mind. Never mind.” and hang up.  It was a game to him.  I would laugh so hard, picturing the person at the other end cursing up a blue streak.

The Do Not Call Registry – does it really work? 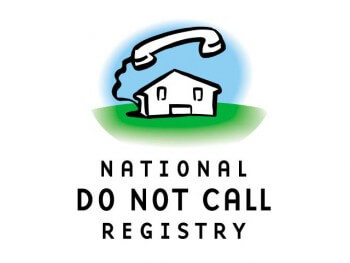 Like many Americans, you’ve probably listed your phone number on the National Do Not Call (DNC) Registry. So why are you still receiving all those unwanted robocalls?  When it first became available, I jumped on the bandwagon and entered my phone numbers and my parents numbers.
The best thing people can do when they get an illegal robocall is to hang up. Do not press “1” to speak to a live operator to get off the call list. If you do, according to the FTC, it will probably just lead to more robocalls. The caller will know you’re there and willing to answer, and may continue calling.

Complaints to the government are up sharply about unwanted phone solicitations, raising questions about how well the federal “do-not-call” registry is working. The biggest category of complaint: those annoying prerecorded pitches called robocalls that hawk everything from lower credit card interest rates to new windows for your home.

In the US, the “National Do Not Call Act” which was enacted in 2004 was intended to take care of that, but so far it appears to have had little effect. The US government has set up a website to report offending calls, but many spammers hide their Caller ID information preventing anyone who files a complaint from being able to provide complete data on who disturbed their peace.

So what can be done if anything about this problem?

If the government aggressively pursued and prosecuted any offender who elicited say 5,000 such complaints, even with a modest $10,000 fine, these calls would probably dry up almost overnight.

It’s typically illegal to make a telemarketing call to consumers who haven’t given their express consent to receive such calls. However, many robocallers simply ignore the laws, betting that the regulators are too busy to come after them. And, unfortunately, they’re often right.

Criminals and con artists, usually located in foreign countries, make the calls and pose as Internal Revenue Service agents, law enforcement, tech support and utility companies to try to rob victims. Other common telemarketing scams include sweepstakes, lotteries, sweetheart scams and grandparent scams. The scammers also manipulate Caller ID so that it looks like their calls are coming from a legitimate business, a local phone number or even the IRS and police.

That’s why I’m always surprised the National Do Not Call Registry didn’t come into being until 2004. Since then, it’s had a rocky history, and many people still aren’t quite sure how it works. Even after all these years, you’ll see myths online about what is and isn’t blocked, whether or not cellphones are allowed, rumors that the FTC is about to release your number unless you act right away, etc. So I’m here to set the record straight and clear up the confusion once and for all. 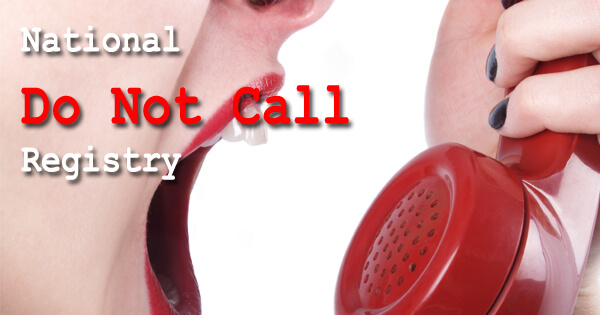 I should point out that fax numbers have different regulations, so signing them up won’t do anything for you.

Scam warning: You might receive a phone call from someone claiming to work at the Do Not Call Registry or Federal Trade Commission. They’ll claim your number isn’t listed on Do Not Call and offer to sign you up — you just have to provide some personal information. This is always a scam; just hang up.

What the Do Not Call List does and doesn’t cover

The Do Not Call list keeps you off for-profit business call lists, but it isn’t instantaneous. Telemarketers update their lists periodically, so the FTC says it can be up to 31 days before it takes full effect.

Established by the Federal Communications Commission (FCC) and the Federal Trade Commission (FTC), the DNC ought to work. Once you register your residential telephone number – including wireless numbers – commercial telemarketers are not allowed to call those numbers.

The only exceptions are: calls from organizations with which you have established a business relationship; calls for which you have given prior written permission; calls which are not commercial or do not include unsolicited advertisements, such as school closings, tornado warnings or other civic notices; and calls by or on behalf of tax-exempt non-profit organizations, which includes political solicitations (although there’s a slight difference between telemarketing and robocalls—the latter are unsolicited auto-dialed telemarketing calls that are either pre-recorded or from a live person—most people conflate the two terms, and so do we.)

If you receive an unexpected sales call after you’ve registered your number, and you’ve been on the list for 31 days, you can file a complaint. Just go to donotcall.gov or call 1-888-382-1222 FREE. Be prepared to provide the date of the call and the company’s name or phone number.

On the other hand, political organizations, charities and survey takers are still permitted to call you. Businesses you’ve bought something from or made a payment to in the last 18 months also have a right to call. If you ask them not to, however, they must honor your request.

Sometimes during a call from a survey company, they’ll ask if they can make a follow-up call. If you agree, then an associated for-profit company can call you with a sales pitch — so, I would decline any offers for a follow-up.

Be careful when signing up for sweepstakes and free product offers. The fine print may say the company can send you telemarketing calls.

Under the rules, most businesses can’t hit you with prerecorded telemarketing messages, also called robocalls, without your written permission. Political and informational robocalls, such as those received from health care providers, banks and schools, are still allowed.

Still, it is a good idea to register all your landline and wireless numbers, because if you do receive a telemarketing call, that’s a good sign the person on the other end is a scammer. Legitimate telemarketers play by the rules and don’t want to risk a fine for disregarding a number on the list.

Okay, stepping off my soapbox now.

What are your thoughts on this?

What steps do you take when you get robocalls & telemarketers interrupting your peace?

14 thoughts on “Telemarketers: Are They the Bane of Your Existence?”