The free antivirus market has been dominated for years by several well known and popular names, it’s also an area where new products traditionally struggle to make any impact. The one exception in recent times is probably Panda Security, whose free cloud-based antivirus has not only proved to be effective but also gained a solid following.

With new (reputable) alternatives as scarce as rocking horse manure, I was pleasantly surprised to see that security company Sophos has now joined the fray with a free antivirus called Sophos Home.

For those who may not be familiar with he name; Sophos is a well established security company with 30 years experience in the industry. Originally founded in the UK (in 1985) Sophos has since expanded its operations worldwide, including across the South Pacific, US, Canada, and Europe. Sophos has primarily concentrated on providing IT and enterprise solutions for large companies, including the likes of Xerox, Ford, Avis, and Toshiba.

As you can deduce from the information above, Sophos is no small concern, according to Sophos… “our products help secure the networks used by 100 million people in 150 countries and 100,000 businesses.” So, when a reputable company like Sophos offers a free antivirus solution for home users, one tends to sit up and take notice. 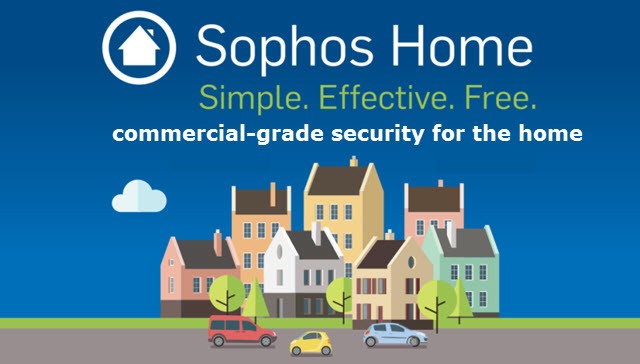 Sophos Home can be installed on up to 10 computers per account, all managed from a central online console – or “dashboard”. As is the norm with cloud-based management, the first requirement is setting up an account. Once you’ve set up your account and logged in you can then access your dashboard and get things rolling:

You won’t be able to download and install the software until you reach this stage. So, the next step is obviously to click the Install button under “Add this Computer”. Initial download is 14.7Mb  but more files will be downloaded during the installation process so you must be connected to the internet. 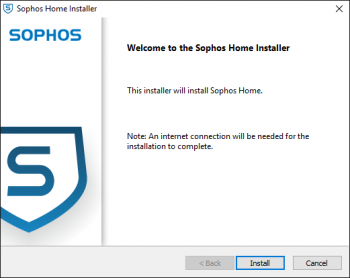 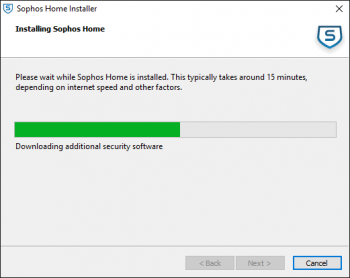 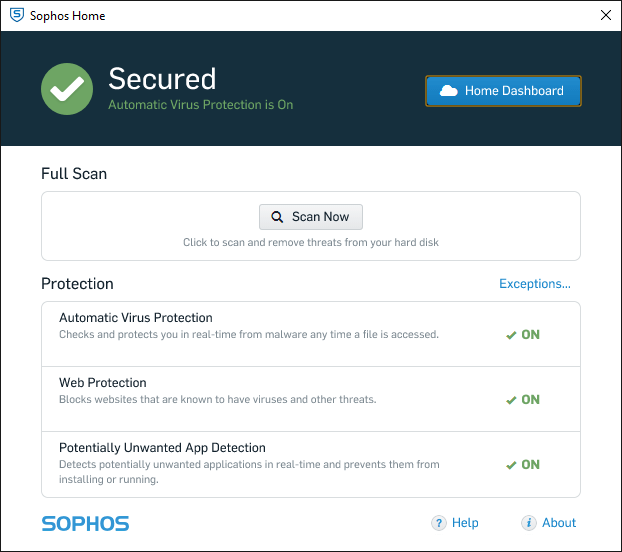 As you can see from the above screenshot, the interface is extremely minimal, with seemingly no provision to access settings or change preferences. That’s because, as mentioned earlier, everything is managed in the cloud from within a central Dashboard. Click on the Home Dashboard button, log-in to your account, and you’ll see that the PC on which you just installed the software is now listed:

Click on the name (in this case “WIN-DBSOUN7751H”) to view and manage settings for that particular device. Sophos home includes just three components each of which can be individually switched on or off  – Automatic Virus Protection (or real-time protection), Detect Potentially Unwanted Programs (PUPs) in real-time, and Web Protection:

Obviously you’ll want to keep real-time protection enabled. However, the option to turn if off temporarily can come in handy for certain situations. Scroll down the settings a little further and you’ll come across what I consider to be one of Sophos Home’s most beneficial features – web content filtering: 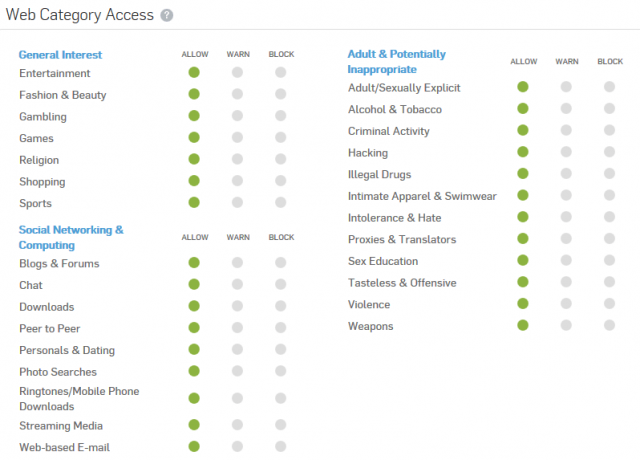 This would be particularly useful in a family situation where children are involved. A parent creates the master account, then installs Sophos Home on the children’s PCs. From there, the parent has complete control over what content the children are allowed to view and can customize filtering per computer to suit each child individually. This is something which I firmly believe should be included with ALL antivirus products.

… as well as providing a useful overview of any suspicious activity associated with each computer under Sophos Home’s protection:

Every time something security-related happens that Sophos Home can detect, for example malware is detected or a website is blocked, you will see an event on the Device page. Click the name of the computer and scroll to the bottom of the page to see the Device Event list. Events are color-coded to show severity: green = informational, orange = medium severity and red = important events

It’s way too early yet to get a handle on Sophos Home’s overall efficacy. However, emanating from a well established and reputable security company with a history of providing commercial grade antivirus solutions, I’d be surprised if it doesn’t do the job very nicely. Also, not sure how relevant it might be but Sophos Free Antivirus for Mac recently scored a perfect 100% detection rate from the well respected AV-TEST: 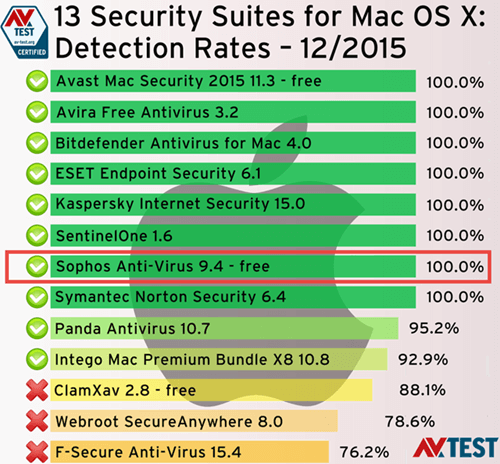 I installed Sophos Home in Windows 10 Insider Preview a few weeks ago and what I can tell you is that it is very light on resources, unobtrusive, and extremely simple to work with.

If you’re anything like myself and getting to the stage where you’re fed up with the increasing bloat, constant nag screens, underhanded tactics to monetize, and other sundry irritations generally associated with free antivirus solutions, Sophos Home could be an alternative well worth considering – and the built-in customizable web content filter is a terrific feature for families.