Governments Decide What’s Best for Us! 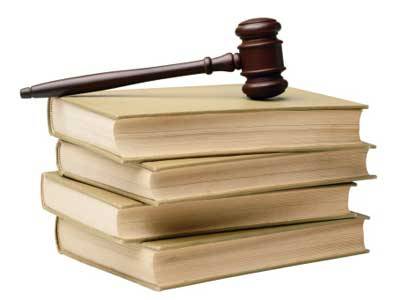 I realize I’ve been giving this topic a bit of a hammering lately but it really stokes my ire. What is it with Governments that makes them think they have the right to decide what’s best for us? If they are not busy spying on us, they are busy interfering with what we can and cannot access on the net. With more and more stories of proposed Government interference hitting the headlines almost daily, this is now growing into a worldwide trend of epidemic proportions. The latest episode comes from the UK where the powers that be are attempting to censor perfectly legal YouTube content on the grounds that it may be “unsavory”. <source>

“Unsavory” according to who? Once again Government sets itself up as moral arbitrator. What makes anyone, including the do-gooders, civil libertarians, social conservatives, and Governments of this World believe they have the right to inflict their own beliefs and interpretations on the whole of humanity is beyond this poor old geezer’s comprehension.

Hey Mr. Government – We are grownups you know, with the ability to decide what is right or wrong for us as individuals. You already censor TV to the max because some prude somewhere says that nudity is disgusting, swearing is intolerable, or too much violence corrupts. You know what, every TV has an on and off switch, and generally lots of channels to choose from, nobody is forcing anyone to watch anything they don’t want to… and the exact same principles apply to the internet.  Now for goodness sake, will you please leave our internet alone and maybe let us decide what’s best for us for a change!!

Don’t get me wrong, I and not a fan of gratuitous nudity, expletives, or violence either, but when it is apropos to the storyline and required for realism, where is the harm?  I just can’t see that when a big, tough law enforcement officer loses his prey in the real world he is going to utter the words…”Darn it, the blighter got away“… ain’t gunna happen!!

It reminds me of an old joke: An elderly lady rings the local police station complaining that the next door neighbor is always roaming around his house naked exposing his private parts to her. The police duly arrive at the old lady’s house where she escorts them up to the bathroom. They look around but are confounded when they can’t see anything but a small window way up the wall. “We can’t see anything untoward”, says one of the officers. “Oh no”, says the old lady, “you need to climb up and put one foot on the vanity and the other on top of the toilet cistern and look out that window up there, then you’ll be able to see him.”

SOPA Set to Return Under a Different Guise? 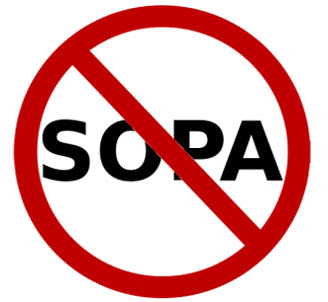 The other major source of interference is, of course, the media industry and its associated bodies. I believe everyone would be well aware of my opinion of these over-indulged, greedy, dinosaurs by now, so I won’t elaborate on that any further.

Make no bones about it, although SOPA (Stop Online Piracy Act) was soundly defeated many moons ago because of its outrageously excessive powers, these copyright lobbyists remain dedicated to seeing SOPA’s principles implemented in one form or another and are still actively working toward that end.

The latest proposition put forward to the House Judiciary Committee discussing copyright reform involves a system of ‘voluntary commitments’ from individual entities to comply with a set of rules remarkably similar (and sinister) to those of SOPA.

Although the term ‘voluntary commitment’ may give the impression of being less ominous than actual law, that isn’t necessarily the case. If ISPs, and whoever else volunteers to act in the way copyright holders dictate, then not only will the draconian restrictions of SOPA come to fruition but without the backing of a legal framework setting guidelines and protecting the rights of the accused — not that the original SOPA legal framework was in any way equitable in the first place.

The scariest part of all this interference, censorship, and rule setting, is that it can often be enforced without any onus of proof necessary. No warrants required, simply pointing the finger is enough. In fact, the authors of a proposal recently submitted to the Australian Senate, and relating to surveillance, have suggested that warrants are too big a hassle, and shouldn’t be required at all. <source>

I’ll leave you with a quotation from the Australian article, succinctly and very well said:

Simply put, the global community has reached a situation where the definition of what constitutes a crime is being distorted.  A point has been reached where things that were typically civil issues have become criminal issues, and where the law enforcement is over-dosing on the data we have stored on the internet to the point that they themselves believe it is unfeasible to have the individual requests reviewed in a court of law. There is a reason why there is a formal process that must be undertaken in order to invade someone’s private life, and that formal process is by no means any less relevant in 2014 than it was in the years before.

5 thoughts on “Rant: Governments & Media Industry Interfering with OUR Internet!”