My first foray into the world of racing simulators was way back in 1998 when I bought Motorhead, a futuristic car racing game made by Digital Illusions (now known as DICE) which has now become a classic and although I never finished the game and won very few races, the rush from coming from way behind was a buzz I would always want to recapture.

In the intervening years I got hooked on first person shooters (FPS) and then more open-world style games such as Just Cause 3 and GTA V, both of which feature a crazy variety of vehicles to cause mayhem within the game. The online version of GTA V features some brilliant arcade style racing on loop-the-loop style tracks which was the precursor for bringing out the devil inside yet again. So here are… 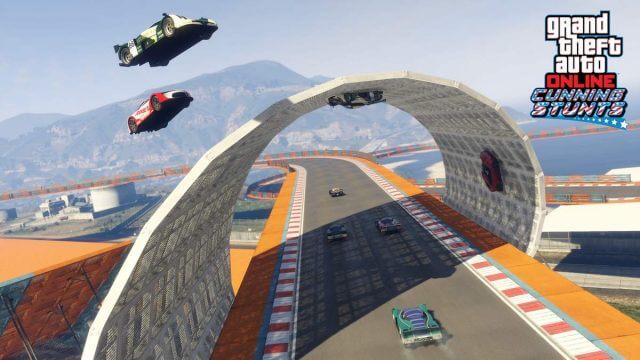 Of course, since 1998 technology has moved on a tad and my 12Mb 3DFX video card has long been superseded by an Nvidia GTX 970 4Gb, which can run almost any game released today on the highest of graphic settings. The Crew was launched as a racing game set in an open world environment for free-roaming across the entire United States, which is the main feature that attracted me. The story, such as it is, puts the player undercover in the 510 illegal street car racing club, resulting in car chases all across the USA. There are timed races, delivery runs, one-to-one face-offs and numerous other challenges that all add up to some exhilarating fun behind the wheel.

For every race you win, you earn money for buying new cars and also for modifying them later. Imagine upgrading a Chevy Camaro SS to raid spec – raised body, suspension, off-road tyres, bull bars and spotlights – and you’ll get the idea. I finished the game and was hungry for more, only to discover that Ubisoft wanted to ram a DLC (downloadable content) down our throats for the same price I paid for the original game ($29 on Steam) with practically no original content. Yeah, right. Anyway, if you fancy pissing off the cops, causing mayhem and taking in the sights of the USA from Manhattan to Mount Rushmore, pick it up in a sale. It’s a gorgeous looking game that will give you hours of fun and I’ve even seen it for sale at CDkeys.com for as low as $5.

It’s not often you get free AAA games from Microsoft, so grab this game while you can. Forza 6 is a UWP (Universal Windows Platform) Direct X 12 game developed by Turn 10 Studios and features street races, formula one tracks and some fantastic cars, all completely free of charge. You will need Windows 10 64bit with the Anniversary Update to run it though. As for the game, imagine tearing around the streets of Rio de Janeiro in a Ford GT40, racing against other hypercars and you get the idea. Grab a copy here at the Microsoft Store.

Having finished the campaign in The Crew, I had an appetite for more and whilst browsing through Steam spotted a demo for GRID 2, which is a tighter, career mode racing game with particularly competitive AI. I was hooked, waited for a Steam sale (I didn’t have to wait long) and snagged the game for $12.50 (normal price $30). As you progress through your career and win races, cars and tracks are then unlocked and some of my favourites are pushing American muscle cars through the tight bends of coastal California and many of the almost impossible time trials. I must like it with over 30 hours of game-play racked up already and I can’t deny how much of a buzz it is crossing the line in first having come through the pack from last.

Whilst most racing games allow you to tune your car, technically speaking Project Cars and probably Assetto Corsa, are very much for the die-hard racing fan, due to the incredible levels of tuning and attention to real life racing details in the games. I picked up Project Cars for around $9 at CDkeys and since I’m a casual racer, I’m finding the levels of tuning and options available to be a tad overwhelming. Nevertheless, I struggle on, adjusting the difficulty level to novice driver so as not to suffer too much. As with most racing games today, the level of detail, not only in the cars but also the tracks, is astounding.

Codemasters practically wrote the rule book for rally games, not least for their rally series Colin McRae Rally and this is a very different discipline in driving. Not for every taste, you’re usually accompanied by a co-driver, whom you can fortunately mute and the races tend to be fairly short by their nature, being in off-road locations in Scandinavia, Kenya and some challenging hairpins on the French Riviera. Again, there is a campaign mode where you progress through different races and locations, but the mandatory gymkhanas I found to be both nauseatingly difficult and a tiresome obstacle to progression. Having said that, the game does teach you how to drift like a hooligan, so there is that. 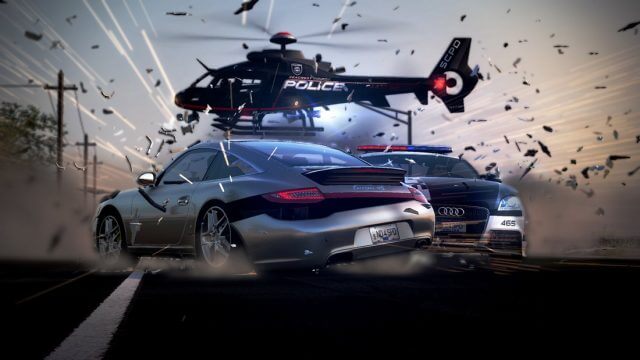 Again, this is another racing game I picked up in a sale and what a terrifically fun bargain it’s turned out to be. Based on the film franchise of the same name, this is illegal street racing at its very best, with a healthy dose of enraged law enforcement thrown in. There’s no story as none is required, yet it’s set in a fictional American state not dissimilar to California, where your progression is decided by races of all flavours, unlocking cars, building up most wanted points until you become the cops’ least favourite public street nuisance in the state. Adding even more flavour to the mix, you can play both as a cop or a bad boy racer, but for me the buzz is definitely outrunning or beating the law in their attempts to take me down.

The selection of cars isn’t huge, but what there is makes your mouth water with excitement. Aston Martins, Lamborghinis, Porsches, Dodge Vipers and Paganis – all the fastest super-cars in the world will eventually be unlocked as you blast your way through the cop roadblocks. Not only that, you’ll have a handy arsenal of cop weapons at your disposal, so the men in blue get a taste of their own medicine. These include spike strips, EMP devices and jammers to block their weapons and radios. Not only that, if you damage a cop car badly enough by ramming, he’s taken down and out of the chase. Reckless driving is encouraged, including driving in the wrong carriageway which boosts your nitrous and speed limits are most definitely for wimps. How cool is that? This is a full on, hard core, intensely fast chase game where, if you blink for a second, you’ll be taken down and it’s game over.

Following on from the highly successful Forza Motorsport 6 and Forza Horizon series, this new flagship game from Microsoft and Turn 10 is the very latest in polished, graphically stunning racing games. With over 700 cars and 30 tracks available this brand new game, exclusively available (which I picked up at CDkeys) on the Universal Windows Platform offers racing at its best, but unfortunately with a rather dumb AI system. Known as drivatars, the AI cars you race against will stick doggedly to the racing line so, no matter what the difficulty setting (above average, expert etc) and if you stick to that line, they won’t try and overtake you, unlike in most of the other games I’ve just mentioned. Fun though the game is, a huge element is taken up with earning credits and buying cars to move up through the various tiers. There’s been a huge outcry from the community due to the game’s focus on the so called loot boxes and micro-transactions, which as yet don’t involve real money, but probably will eventually.

Pay to win, pay to earn. 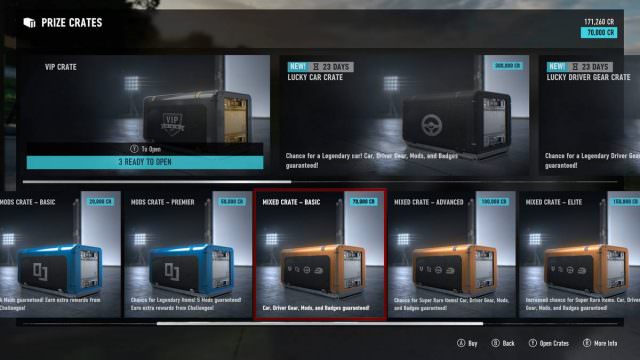 Although you can largely ignore the loot boxes, which by the way contain new outfits for your driver, credit bonuses and mods (I couldn’t give a monkey’s about outfits and all that tat), it largely takes away from the driving skill aspect of racing games by encouraging you to spend your credits in order to increase your standing within the game, which really goes against the spirit of racing sims. I’m passing on all the loot boxes and would certainly never pay real cash for virtual cars or flashy outfits, but unfortunately this is the way games are going today and I have no doubt that a real world, micro-transaction economy will be injected into Forza 7 by the end of the year. It’s either greed or developers aren’t making enough profit, but either way, the gaming community weren’t born yesterday. For my part, I’m simply enjoying the intense racing, inching my way up the career ladder and ignoring the micro-transaction distractions. Having said that, I did splash out big bucks (virtual credit) on a  Jaguar F-Type R, because well, it’s British isn’t it. 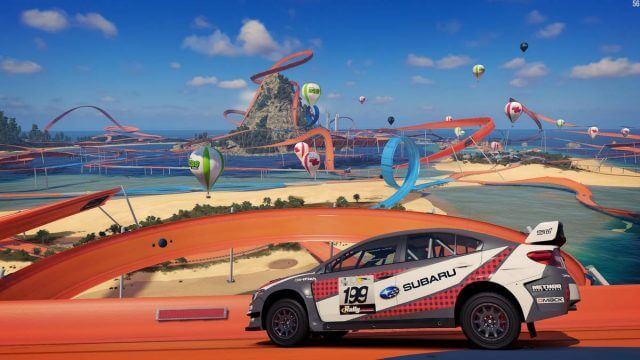 Forza Horizon 3 is the most fun I’ve had on a PC in many a year. An arcade style racer set in a fictional representation of Australia, including beautiful coast roads, rain forests and huge expanses of outback, the races, challenges and other diverse activities leave you little time to wonder about your next activity. Competing in hundreds of racing championships for prize money, bucket list challenges, billboards to smash through for XP points, danger signs to leap over, festival sites to build up and with over 350 cars to choose from, the game is packed with activities to keep you enthralled for, in my case anyway, months on end.

On firing up the game I spent the first few minutes simply ogling at the quite stunning photo-realistic landscapes, the moving clouds, the dust blowing across the empty vastness of the Australian outback and trees swaying in the water drenched rain forest. This game is demanding though and even my GTX 970 doesn’t quite manage to keep up, with ultra graphics settings bringing the FPS (frames per second) way down into the 30 – 40 fps range. With 60 fps being the ideal, the best settings for my FX 8320 machine are either high or medium and although a little surprising, this is an indication of just how demanding current top line games really are. 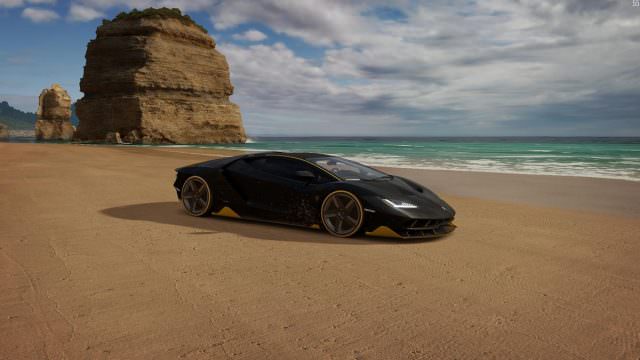 With the recent introduction of two new expansions, Blizzard Mountain and the completely outrageous Hot Wheels, this game now packs more roller-coaster fun than ever. The former sends you to the snow covered mountains, with the latter propelling you into gravity defying loop-the-loops Mattel style that will get your adrenaline pumping with laugh out loud fun.

Forza Horizon 3 makes no pretense at being anything other than an arcade racer, guaranteeing hours of non-stop fun, challenges, championship races, prize credits, hundreds of cars to choose from and I highly recommend it.

Some Related Reading That May Be of Interest