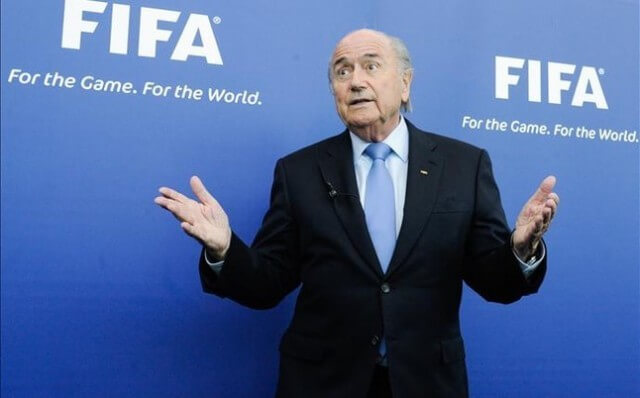 You say tomayto, I say tomarto, you say soccer and I say football. I remember referring to the beautiful game as soccer on a UK forum once and was roundly chastised, even baited for being a namby pamby, yankee loving NFL groupie and would I kindly never refer to the game played with a round ball in that manner ever again, or words to that effect.

But heck, it’s all semantics right? Nope, not according to Uncle Sam who, not content with patrolling the world’s streets and protecting America’s interests, has marched right into town and done the unthinkable by firing a broadside at one of the biggest non profit organisations in the world, FIFA. To date a total of 18 individuals and 2 corporations in various football loving countries across the world have been indicted and still Sepp Blatter hasn’t thrown in the towel. (read on)

Defying the laws of physics 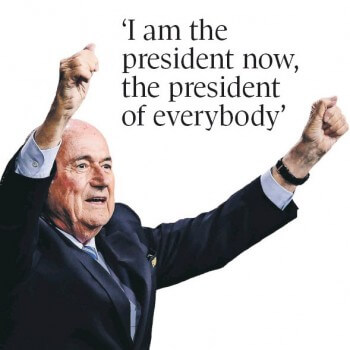 Most people would agree that water usually takes the path of least resistance and that it normally has difficulty in going uphill. However it seems that FIFA President Monsieur Joseph S Blatter thinks otherwise, by not only throwing his hat in the ring for a further stint as boss of everything soccer, but by blitzing his way to a coronation whilst the bombs were falling all around him.

Not three days later we were treated to the spectacle of Jack Warner, the ex Minister of Security for Trinidad and Tobago, ex president of CONCACAF and ex VP of FIFA citing an article published in The Onion in an effort to defend himself. What he may have missed during all the excitement, was The Onion’s latest World Cup update in the last paragraph, where the US team had been awarded 12 penalties against Germany, but clearly no one had told Mr Warner to stop him walking into the most delicious of custard pies, which he promptly did by strolling out of his cell and sashaying his way to a political gathering in an ambulance and treating all those present to his interpretation of a celebratory conga. He had earlier complained of being ‘too ill’ to face trial in America. Nice one Jack.

They think it’s all over….it is now!

If Mel Brooks isn’t already penning a screenplay for the events of the last few days, then I’m a Chicken McNugget. And, talking of chickens, were it not for the Americans striding into town and restoring law and order, many of us would still not understand the difference between football and soccer, although in simple terms, the shape of the ball plays a large part in this as John Cleese so eloquently explains:

Even as I write this, news has just come in that Monsieur Blatter has sensibly decided that in fact water cannot go uphill and, like any reasonable liquid, has decided to take the path of least resistance and slung his hook. Indeed, if he were to consider kickstarting his career, he could do a lot worse than promoting the egg-shaped game in his soon to be adopted home, The Land of The Free, so that he could best explain the differences between the two games. In fact, we believe we’ve found just the right vehicle, should he consider such a move. 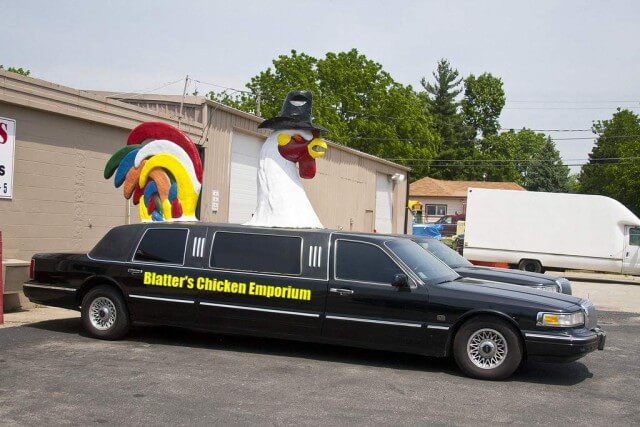 Batten down the hatches!

Such is the scale of this volcanic eruption, news of Mr Blatter’s resignation came through on the teleprompter literally as I was halfway through this report and I was in two minds as to whether I should abandon it altogether. However, one imagines that some closing of ranks and a certain amount of housekeeping will be the order of the day, not only in the Blatter household but also in Buenos Aires, Tobago and Cape Town. After all, when a feisty Attorney General gets the bit between her teeth and Uncle Sam finds misdemeanours occurring under his nose, well, anything could happen, quite literally. 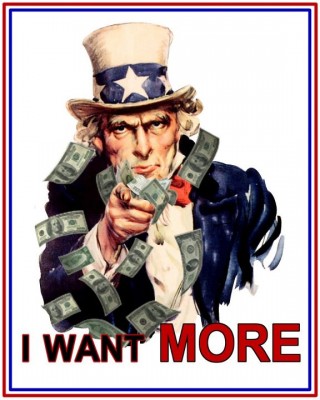 As far as the beautiful game is concerned, which incidentally is a game of two halves played with a spherical ball, it will probably continue to flourish in the United States, whether it be called soccer, cissy-ball, kickball or limey ball. But of one thing you can be sure and for as long as grits are grits and rednecks keep ammo in the bathroom, soccer will never be called football over there.

5 thoughts on “Is Soccer The New Football?”