This is big, folks! 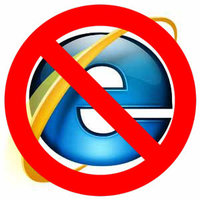 Earlier this week security researcher Eric Romang was studying the Chinese web servers used in the recent Java 0-day exploits (See my previous Junk You Java article) when he discovered they are exploiting a previously unknown vulnerability in Internet Explorer. As this was/is located on a server known to be connected with many previous attacks including recent 0-day Java exploits and the Nitro attacks from 2011 it is safe to say that this exploit is in the wild!

Computers can be compromised simply by visiting a malicious site and the attacker will have the ability to install keystroke loggers, malware, and access local assets.

At this time Microsoft has NOT released a patch for this vulnerability, but has issued a Security Advisory advising users to install EMET (Enhanced Mitigation Experience Toolkit), however EMET is not especially easy for a user with normal experience levels to setup and the installation/configuration of EMET does not appear to circumvent all aspects of this exploit!

I highly recommend DCT readers install and use either Firefox, Chrome, or Opera browsers until Microsoft is able to issue a patch for this vulnerability! For even greater protection uninstall Java if at all possible, or at least disable it in all browsers.

You can read more about the initial discovery at the National Vulnerability Database or Eric Romang’s blog.