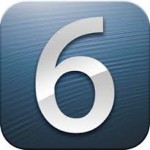 As per Apple’s standard practice of releasing an iOS update a few days prior to the latest and greatest device being available, iOS 6 was released today (September 19th). I decided to upgrade my 3rd generation iPad to iOS 6 this evening. Generally, I wait a few days to avoid the initial download crush on the servers but I felt adventuresome.

First, I updated my apps on my iPad. Out of 261 apps on both my iPad and iPhone 4, 55 of them had pending updates. Pretty typical for an iOS upgrade.

Next, I backed up my iPad. Just to be sure, I backed it up to both iCloud and my MacBook Pro. Better safe than sorry. 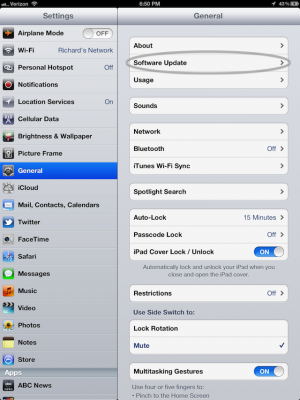 Then, in the Settings application on my iPad, I opened ‘General’, then ‘Software Update’. I was informed that there was an upgrade available. I tapped on ‘Download and Install’ and wondered how long this might take.

I started the download at 6:49 PM and it finished at 7:13 PM, at which point the status changed to ‘Preparing Update’. That finished at 7:31 PM, for a total of 42 minutes. All in all, actually much quicker than I had anticipated.

Sometimes these devices are just too darn smart. Instead of just starting to install the upgrade, I got the following message: 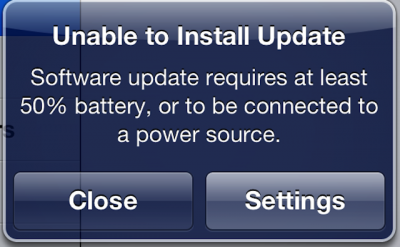 Since my battery was at 31%, I plugged in my iPad and we were off to the races (or, at least, the installation.) In another eighteen minutes, iOS 6 was installed on my iPad. Another three minutes to reboot and I was good to go.  Start to finish was 63 minutes.  Not too painful at all for a major upgrade.  Had I had the patience to wait a week or so, I probably would have cut that by at least a third, though.

Now that I am good to go (at least on my iPad), I am looking forward to exploring iOS 6.  I think that some of its more interesting features are: 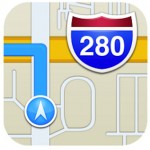 There is a new Maps app based on Apple-designed vector-based maps. Spoken directions with turn-by-turn navigation is available for the iPhone 4S and iPhone 5 and 2nd- and 3rd-generation iPads with wifi + cellular. Flyover 3D maps of major metropolitan areas are available on the iPhone 4S, iPhone 5, 3rd-generation iPad as well the 5th-generation iPod Touch. Add some local Yelp integration and SIri integration and it’s a pretty cool app. 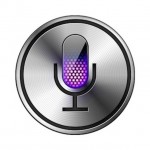 Facebook has been integrated into iOS 6, allowing you to sign on from Settings and post from most of the standard Apple apps — Game Center, iTunes, Notification Center, Photos, Safari and Siri.  This is similar to the Twitter integration in iOS 5.

Something that I think will become a favorite on my iPhone 4 is the Do Not Disturb feature that suppresses incoming calls and notifications. You can set up a standard reply for declined calls and be reminded later about any declined calls.  Sounds pretty nice.

You can now designate VIPs for mail. That should be a big help in sifting through the never-ending stream of emails that I receive.

Find out more about iOS 6 features at Apple’s website.

With over 200 new features in iOS 6, I’m anxious to do some exploring and see what I like and don’t like. I always look forward to a major iOS update.

UPDATE:  My husband and I both have the iPhone 4.  I updated them as well.  Uneventful but it did take about an hour and a half for each.