In Windows 7 and Windows 8/8.1, Microsoft allows users to control when or even if they want to download and install updates. However, that seems likely to be changed with Windows 10, at least with the Home edition.

Microsoft started the ball rolling with a post on its Windows 10 Specifications page which stated in part: “Windows 10 Home users will have updates from Windows Update automatically available, while Windows 10 Pro and Windows 10 Enterprise users will have the ability to defer updates.” Strangely, that page has now apparently been taken down by Microsoft.

The statement is ambiguous but a better insight into Microsoft’s thinking can be ascertained by delving into the new update protocol. Updates will be delivered via three separate “branches” with each Windows 10 version locked into specific branches:

Each branch, 1 through 3, expands on update options with the ‘Current Branch’ providing least control for users. Those running Windows 10 Home will have just one choice – the Current Branch. Which means that any new features, fixes and security updates will be delivered automatically with no other options available.

So, on the face of it, and unless Microsoft has a change of heart in the interim, it seems Windows 10 Home users will indeed be forced to accept compulsory updates. 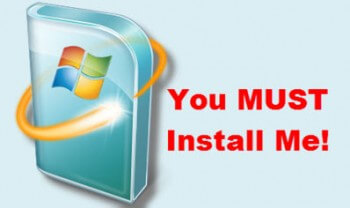 To date this news has elicited a mixed response with opinions divided between – this is a good thing that will force all users to keep their operating systems up to date -and- this is bad thing that only serves to diminish the user’s control.

I can appreciate both sides, however, ultimately I come down on the side of the latter – and this is why: a very similar result could be achieved by delivering Windows 10 with updates set to automatic by default and zero options during installation to alter that setting. Most inexperienced users would not know how to go into Windows Updates and change the setting anyway so the “beneficial for inexperienced users” argument would be moot. On the other hand, more advanced users would still have the option to pick and choose their updates.

Plus, let’s face it, Microsoft’s record in the update department has not been all that stellar of late, with far too many updates causing widespread issues. I wonder, along with compulsory automatic updates would Microsoft also be prepared to guarantee a trouble free experience? I seriously doubt it!

Quite frankly, I’m disappointed and dismayed that Microsoft would even consider introducing compulsory updates. I’d honestly thought that, under Satya Nadella’s guidance, this sort of errant decision making was a thing of the past.

First we learned of the probability that Microsoft will no longer insist on a disable option for Secure Boot, now the likelihood of compulsory updates. In my book, this all adds up to less and less control for end users – not a place I want to go to.

I haven’t yet spent a lot of time with Windows 10 but, after just a cursory look around, I do not like what I’m seeing. A number of UI elements look like they’ve been designed by a 7 year old, and some changes appear to have been made purely for the sake of change. Just a couple of quick examples:

Here’s a screenshot of icons included in Spartan’s (browser) toolbar:

Seriously, is this what we should expect from Microsoft’s highly paid professionals, or perhaps the result of a competition to find the best budding artist under the age of 7? By the way – hovering the mouse cursor over the smiley face reveals the message “Give us feedback“. Only happy feedback apparently.

Perhaps at this early stage I’m being a tad harsh but, right now anyway, I am more than a tad underwhelmed.

11 thoughts on “Will Automatic Updates be Compulsory in Windows 10?”