It’s said that during both Gulf Wars the US military blocked commercial GPS, but in fact this was known as selective availability to confuse the enemy, which luckily wasn’t the case during our road trip to the north of Argentina last week, where we met no enemies whatsoever, thankfully. I mention this little nugget of useless information as I had decided beforehand, contrary to conventional wisdom, not to take any paper maps and to rely solely on electronic wizardry to trek over 4000 kilometers through the interior of Argentina, much of which is inhospitable and beautifully desolate. 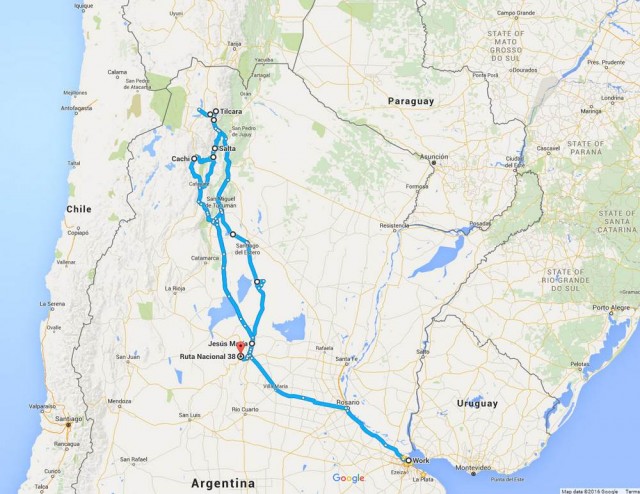 Now, I love maps of any sort and can pore over them for hours. The problem was that I couldn’t find the large scale ones I wanted for all the areas we were to be traveling through and I had visions of dozens of maps sewn together, stacked in the glove compartment and flying out the windows at all the wrong times, so when we set off I fired up the Garmin Nuvi 40 which I’d bought second hand for the motorcycle a few weeks previously and told it I wanted to go from Buenos Aires to Salta, stopping at Jesus Maria, Cordoba for the night, some 750 kilometers away. Not being a seasoned user of road based GPS, it soon became apparent that the Garmin really comes into its own in cities and towns with all their grids and one way systems designed to confuse and perplex the average motorist, yet handled perfectly by GPS. 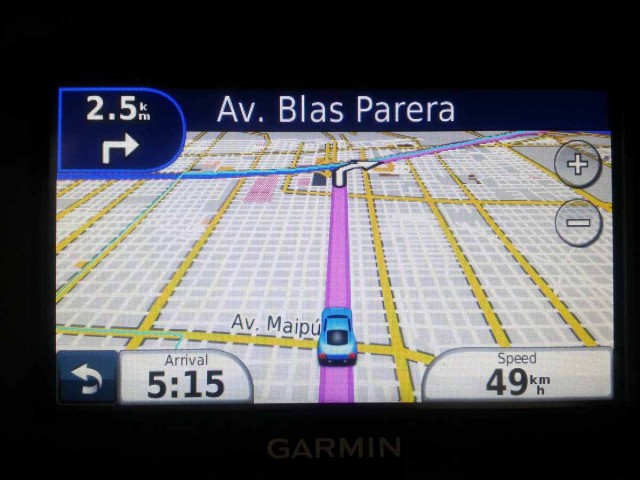 When the Garmin indicated that we’d be at the hotel by 17:15 having left home at 08:30, I guffawed saying that it must be joking, but in fact, when fuel and revictualing stops were taken into account, it was pretty much spot-on and we were sampling a couple of ice cold beers in the shade of a Eucalyptus tree at around opening time. The following day was a longer trek at 850 kilometers to a destination not marked on any maps, being a ranch in the wilderness south of Salta, so rather tricky to pin down with the Garmin. So I fired up Google Maps Satellite View, located a pinned map that my cowboy mate had sent me and found the rough and rocky track that led to his place some ten kilometers from the main road. Again though, the Garmin had been incredibly accurate in predicting our arrival time of 19:50 since I’d simply asked it to take us to the plaza in the village nearest the rough track, and lo and behold, we were enjoying icy cold beers on his porch at around eight that evening; always a worthwhile reward after nearly twelve hours in a small city car in the sweltering heat, I might add. 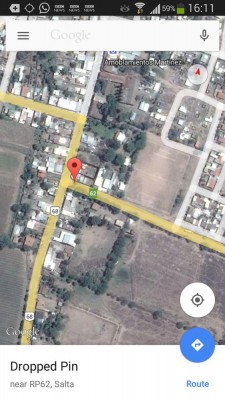 When I first acquired the Garmin I left the voice assistance on as it seemed a novel feature, especially as I had chosen English in a Spanish speaking environment, which resulted in a weird Latina-Americana woman called Samantha issuing instructions alternatively in Spanish and English, so I switched off voice control completely to preserve my sanity.

Something I learned from using GPS during my ocean sailing days and probably the most important part of any GPS, is using the waypoint system, otherwise you’ll be guided pretty much by the shortest route as the crow flies, often resulting in journeys taking you through the centre of major cities regardless of ring roads and bypasses. Of course, there are settings on the Garmin for adjusting the route and once I’d added waypoints to take us on the most suitable roads, everything became a lot clearer, especially after talking with locals who advised us against certain roads due to the state of them. All in all, the GPS proved its worth when needing to arrive at some obscure street in a large town or city and saved a lot of time stopping to ask for directions, although I must confess to having asked the odd local since you really can’t beat local knowledge, as my Dad always used to say. 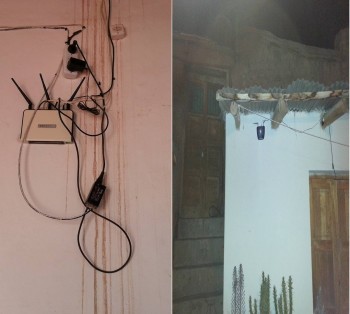 During our week driving around some of the most stunning scenery in the world, we must have snapped around 1000 photos and videos between us and there comes a point when you simply run out of space in your phone or camera, requiring some kind of offload to free up those gigabytes, which is when the likes of Dropbox and Google Drive really come into their own. My wife’s phone filled up on the second day (yes, I know) and wouldn’t take any more photos requiring some drastic action in the form of swapping a 2 Gb SD card I had in my device and the purchase of a 16Gb card for my phone in some corner shop in a mountain village. As we were able to find a limited WIFI service here and there, I had to make sure the Drive had synced before freeing up additional space and in that respect, these cloud services worked flawlessly even with a very minimal connection speed. As a footnote, it’s worth mentioning that my Galaxy S3 only had a 2gb SD card inserted because it’s gone through about three 32gb cards which have borked the phone, but seems content with a 16Gb SD card, for now anyway. It’s also worth mentioning that a decent in-car USB charger is worth its weight in gold for topping up those power hungry cellphones. In our case we only have one cigarette lighter socket in the car, but with the right cables and a double USB adaptor (pictured), you can charge a phone and still run a GPS. That little adapter has come to the rescue many a time, not only in the car but also on the motorbike. Definitely recommended for travellers! 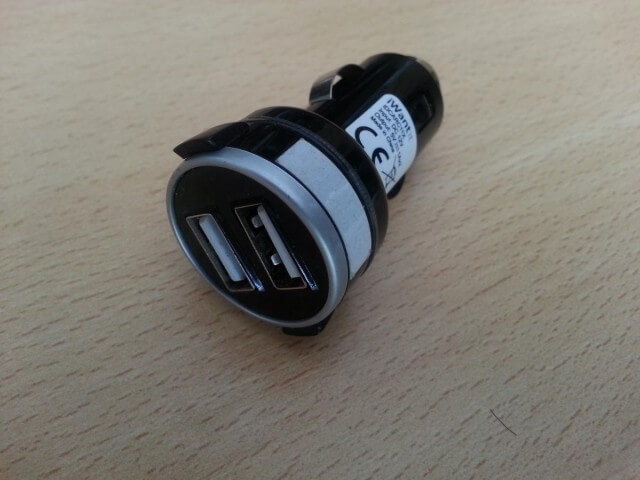 Ever tried listening to the car radio as you’re crossing a continent? For the first hour or so it can be quite amusing listening to crop prices, how many cows escaped from a broken down truck and all the gory details of a local mayor’s dalliance with a secretary at the centre for artificial insemination, but it gets a little tiring after a while. That is of course IF you can hook onto anything at all. Fortunately I had copied a few hundred tracks from my PC to the phone (inadvertently mixed in with a Christmas songs selection) and thanks to the Sony radio having Bluetooth, a quite fabulous invention, we were rocking along to Comfortably Numb and Lady Gaga through the salt flats, canyons and gorges only to be completely bamboozled by Bing Crosby arriving with White Christmas a few minutes later. But hey ho, you have to chuckle. 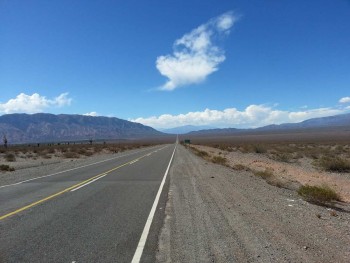 Generally speaking and quite to my enormous surprise, the 3G data signal throughout our entire 4000 kilometer adventure was incredibly reliable, even in the most remote hillsides and villages, which is a far cry from what I’ve experienced in my home country England, even just one year ago, where coverage is patchy to say the very least. Whilst my Garmin probably needs a map update and bearing in mind that this is the first time I’ve used either on an extended trip, I found Google Maps to be invaluable for showing petrol stations, restaurants and hotels probably for the obvious reason that it’s constantly being updated. Also, with some roads being so far off the beaten track as to not have any fuel whatsoever for about 300 kilometers, locating a filling station becomes a top priority when that needle starts to drop. In fact, I’m reminded of what Adriana said to me before we left……”A few weeks ago they found a man’s body in the desert of San Juan and it turns out that he’d run out of petrol and tried to walk to the nearest town but died of thirst before he made it………..”

I filed that little nugget away in the top drawer and marked it for easy retrieval, I might add.

1 thought on “Using Modern Technology in The Wilderness”