You ever look at everyday technology and say, “Hey! I bet this would be helpful in war!”?

Now you can understand how I came to the question I have asked. See? I’m not as crazy as some of you assumed after reading my question. Don’t judge me so quickly.

So, my brain and I decided, wouldn’t it be fun to make a top 10 list of the coolest, most amazing technologies the military across the world are using?

I just realized that last sentence moved me right back into crazy town. I’m OK with that.

Let’s get the fun started with my Top 10 List… 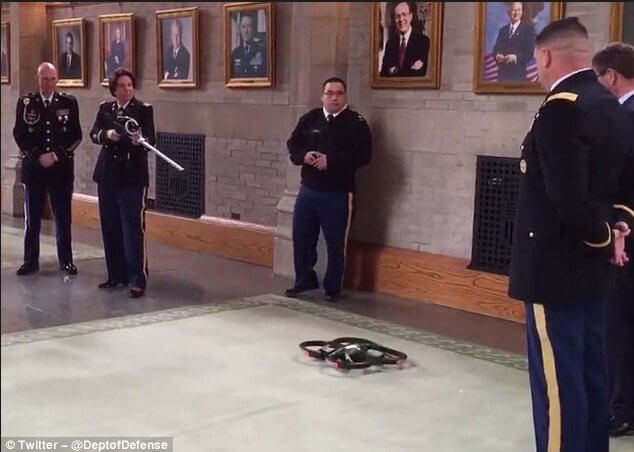 An amazing weapon made to take out those menacing drones that we all love.  This uses an antenna, WiFi radio, and a Raspberry Pi computer which finds a weakness in the drone software that tells it to shut down.  No shooting a web or any other projectile; nice and simple.

Here is something that good SciFi movies are made of (release the Cracun!!). CRACUNS stands for “Corrosion Resistant Aerial Covert Unmanned Nautical System”. Now, that is a mouthful.

This was left under water (salt water) for 2 months laying dormant.  Then someone sent it a command to rise from the depths and as you can see, it did just that.  One idea for this is to have it be a scout for the Marines before they land on the beach. Better to send in this drone first than a soldier. Just to be clear, parts of it are 3D printed, not the whole thing. So, SciFi channel, get to work on a really cheap movie that includes this.

You heard me right– I said Fireproof Robot Tank.

Russia has created a small combat tank that needs no humans riding along. This little guy is equipped with a machine gun, a 30mm cannon and, of course, some missiles. Expect to see these on the battlefield in 2017 or 2018. 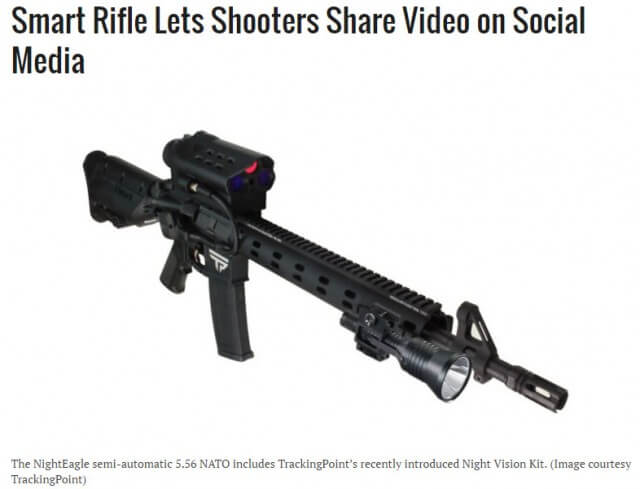 I really don’t think a gun where you can share your shooting online (Social Media) with family and friends is a good idea. It would be a good way to train the military though. Still a very cool invention but is a technology that might backfire on us. 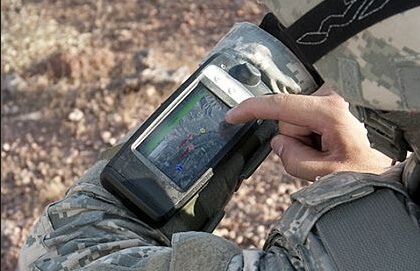 That is right with smartphones and other mobile devices being so popular. The military is trying to adapt them for the battlefield. Of course, the concern is security, but they are working on a piece of technology the soldier can wear to keep their device from being hacked. This little tech marvel is a GPS receiver (top picture) that protects commercial Tablets from hackers. I guess this one on the list covers all those Smart devices. 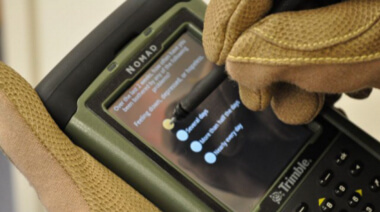 The army will soon be using a smartphone app that can help diagnose brain trauma in minutes. This is called the Defense Automated Neurobehavioral Assessment and it assists in isolating depression, post-traumatic stress and other issues with the brain. Anything that can help the medic in the field is a win.

The Nano UAV is one that I really would like to own myself. Small enough to fit in the palm of my hand, this nano has 3 cameras that can track enemy movements, investigate suspicious objects, and can help with clearing buildings by looking down halls or behind walls. 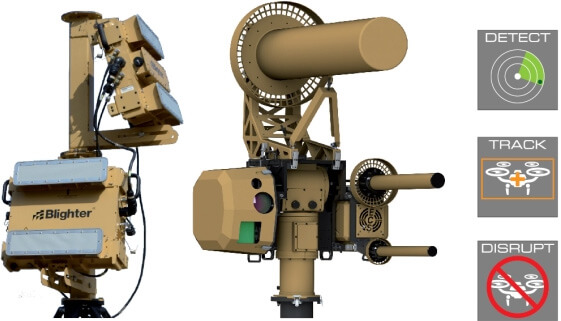 This could be very helpful next to airports and any other restricted air spaces. This baby was developed in the United Kingdom. Once this detects a drone in range it shoots out radio waves, which will disrupt the remote signal that is controlling it. Basically it freezes the drone and confuses it so it doesn’t know where to fly. The affected drone can hover but will not move. Just like a freeze ray.

DARPA (Defense Advanced Research Projects Agency) has awarded a contract to Aurora Flight Science Corp. They are trying to develop a VTOL (Vertical Take-Off and Landing) aircraft. One of the cool things about this is how that will be achieved. It will be achieved with a bunch of fans, or as they call it “distributed hybrid-electric propulsion ducted fans”. Of course, the engine will have to be a Rolls-Royce AE 1107C turboshaft. I dare them to stick a Ford or Chevy engine in it. I am looking forward to see this when they are done. 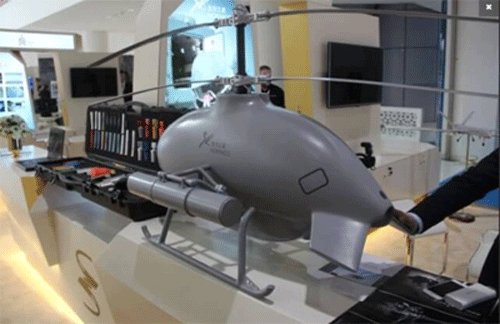 China has just come out with an armed Helicopter Drone. This is no kid’s toy! It will be capable of carrying cruise missiles. They will allow other countries to purchase one as long as they are on the good list. It is not only for war; it can also be used to provide surveillance, rescue, search and destroy. OK, maybe the last one is for war… maybe they all are. Still a very cool innovation that we will have to keep an eye on.

So there you have my Top 10 Military Technologies. Do you have any to add to this list?