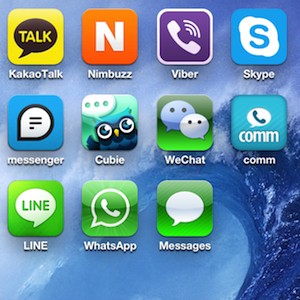 Mobile apps are one of the fastest growing areas of software development today and everyone wants a piece of you, which in itself is no bad thing as competition generates choice and hence lower prices or even, completely free.

Most of us have a mobile phone today and let’s face it, most of those will be smartphones. I mean, walking around with a flip phone equipped with a one inch screen and black characters on a grey background in this day and age is akin to using a typewriter for your blog. After all, your smartphone is in fact a telephone in the conventional sense of the word and ultimately you’ll be using it to communicate with the outside world. Luckily these devices have evolved into so much more and I sometimes have to ask myself when I last used it to make an actual phone call; and therein lies the rub.

Are you being ripped off?

Let’s imagine that we all used Groats to pay our bills; you get 100 pennies for your hard earned Groat and the time has finally arrived to shift up a gear and acquire a smartphone to replace the cute little Nokia I mentioned earlier.

If you’re lucky, a friend or member of the family will have a spare one hanging around which they’re happy to pass on to you for the price of a beer or a handful of Groats. Your other options are to either take up the too-good-to-be-true contract offers or shell out for an unlocked, sim-free shiny thing that can be used with any service provider. Either way, you’re going to have to pay to communicate or just to look at stuff online whether you like it or not. 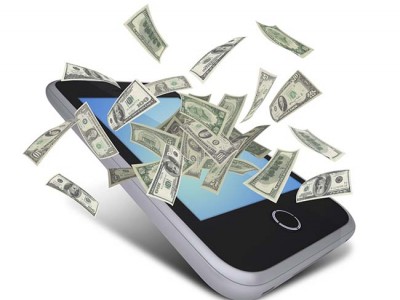 If you decide to lock yourself into the straight-jacket of a contract or plan as they prefer to call them now, where you agree to pay 25 Groats per month for a 600 Groat device over two years, you’re more than likely going to find it expensive if you wish to exit the plan early. It’s also a mistake to think that anyone is doing you a favour when you consider data caps, roaming, sms and tethering charges.

It’s a similar but less painful scene should you decide to wrench that smartphone from Uncle Bob’s paws or splash out for that sim-free, non-contract gadget where you simply buy a prepaid sim card in your local corner kiosk. First, you’re going to get bombarded with special offers for unlimited internet access, thousands of free sms text messages and numerous other scams that will ultimately cost you, but not them.

If you’ve traveled a little, you may have noticed that most countries are served by only a handful of wireless carriers and in some cases only three or less. That’s called a monopoly to you and me, and no matter which way you look at it, there’s only one winner, which certainly ain’t going to be you, so don’t buy into the illusion. There are literally thousands of articles out there on the shoddy practices of wireless carriers, so I’m not going to spell it all out in some kind of guide here but maybe this example will give you some idea of what’s going on.

Let’s say you buy a prepaid top-up card for 30 Groats, hoping that you’ll be well sorted for at least a couple of weeks if you don’t make too many actual phone calls, God forbid. You then receive a text from the provider to congratulate you that you’ll also have unlimited 3G internet access for only 2.45 pennies per day, a surprise gift of 15 Groats worth of additional credit, text messages at 85 pennies a throw and at least two numbers you can add to your prepaid plan, which you can call absolutely free! 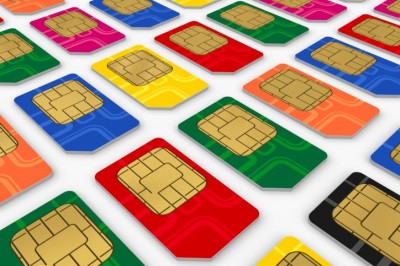 At all this wonderful news, you’re probably bathing in a warm glow of loveliness, little knowing that you’ve just taken it up the rear end. You see, what they don’t tell you, or at least what is buried in the small print on some crappy web portal designed for prepaid-paupers such as you and I, are the conditions under which you shelled out those 30 Groats in the first place, which will always end up stacked against you. Your credit will expire after thirty days, the 15 gifted Groats will evaporate after a week if you don’t use them, your so called unlimited internet access will be capped to a fraction of real-time speed after the first 10Mb and the two free numbers will not be activated until you’ve sent numerous costly text messages and codes to activate them. Furthermore, the free numbers will need to be reactivated on every top-up of your prepaid account.

Further, and this is where it gets sinister, if you check your account online, you may find some strange charges you weren’t expecting, relating to some obscure pack or offer that you know nothing about, but which was the cause of your credit disappearing since yesterday. You then initiate an inquiry or at least try to, then give up when you find yourself standing on a nineteenth floor window ledge, mumbling incoherently about Nigerian call centers. To add insult to injury after the night porter has managed to coax you back into your apartment, you receive a hideously benign text from the carrier informing you that you don’t have sufficient credit to even blow your nose, but out of the kindness of their hearts, they’re giving you five Groats worth of credit, just to get you out of the brown and smelly, which of course will be deducted from your next 30 Groats. That kind of news is enough to pop champagne corks and book a dinner table with a curvy blonde of your choice and maybe even hire a stretched limo, until you realise in a light bulb moment, that there is in fact a better way than feeding your money into that colossal slot machine, probably.

Now that we’ve got that off our collective chests, I think we’d all agree that any app that takes the fight to the carriers and helps keep those Groats in our pockets is a certified winner.

I was a little slow at fixing my text message costs until my customers kept telling me to send them a Whatsapp message. At first I thought it was some kiddies’ chat program or a closed system like the Blackberry messenger service. Then I saw the light and stopped worrying about every message I sent and quickly realised that it was also capable of doing so much more than SMS, which let’s face it, is limited in the extreme. Of course, sending an instant message over WiFi or data/3G, using these apps is completely free of charge and not prone to carrier charges, except maybe over 3G, if you’ve already reached your data limit. 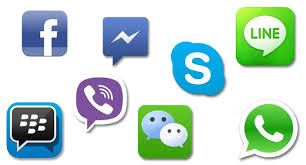 Other similar apps are Viber, Line, Facebook Messenger,Fring and Telegram to name but a handful. For many, the real kick is to use these apps over WiFi, especially if it’s totally free and nowadays that’s not difficult to find. It’s an absolute pleasure to send an instant picture to someone thousands of miles away, knowing they’ve received it and that it didn’t cost you half a Groat to send in the first place.

Many of these apps are great for voice calls too of course, with the de facto market leader being Skype, which I rarely use for messaging, but always for calls. I suppose ideally, you’d want to get all your friends and family using one or the other, pay your basic monthly carrier fee, whether prepaid or contract and enjoy a virtually worry free experience.

Except, that is, you will still have to remember to keep checking your bill online to make sure they haven’t dipped their fingers into your account and applied charges for items you neither asked for or wanted in the first place and then brace yourself for contacting some faceless I couldn’t give a damn operative who will try their level best to stick to the script, whilst simultaneously placing as many obstacles before you as they can.

But heck, nobody ever said it was easy did they?