I’ve long made it a practice to treat my Windows machines as if they have already been compromised. No, that’s not paranoia – that’s 30+ years of practical hands on computing experience.

“Keep all applications (including your operating system) patched, and up to date. Taking this simple step, reduces the likelihood that malware will become an issue a user will have to deal with – significantly. Cybercriminals use vulnerabilities in applications as entry points and gateways to compromise computers which can give access to confidential data such as passwords, online profiles, and bank details. Attacks exploiting vulnerable programs and plug-ins are often not blocked by traditional anti-virus applications.”

Sounds like good, practical advice – and it is. But as those of us involved in computer security know; this is advice that is not always followed. Some hold the view (including me), that it is rarely followed.

One particular application that I have reviewed and recommended a number of times – that assists users in keeping a system fully patched is – Secunia Personal Software Inspector (PSI) – which constantly monitors a system for insecure software installations. Secunia is justifiably proud of the fact that there are currently 5 Million users running this free protection application – but, from a personal perspective, I’m shocked at this low number. It should be 500 Million users! What is wrong with people that they fail to understand the advantages of ensuring that their system/applications are patched and up to date?

There’s less reason now, than ever, to disregard the critical advice offered above. Today, Secunia launched version 3 of its free Personal Software Inspector (PSI), with a host of new features. PSI 3 with its dramatically simplified user interface and intuitive preferences, takes the burden out of updating and patching – and, most importantly, helps users safeguard their computer, and data, against cybercriminals. The new version makes patching software more comprehensive, automatic, and easier than ever. How simple is that?

How simple is it? The following screen captures illustrate.

On program launch a simple click on “Please run a scan” gets things moving: 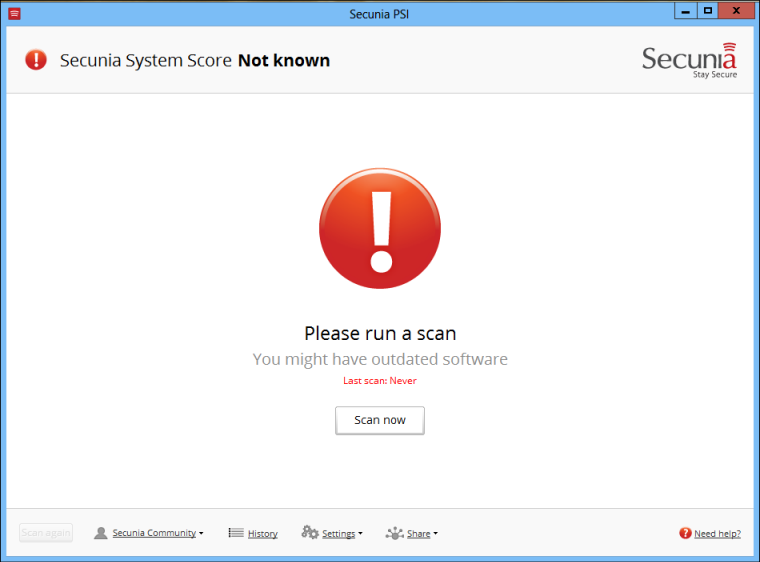 A full scan takes no more than a few minutes: 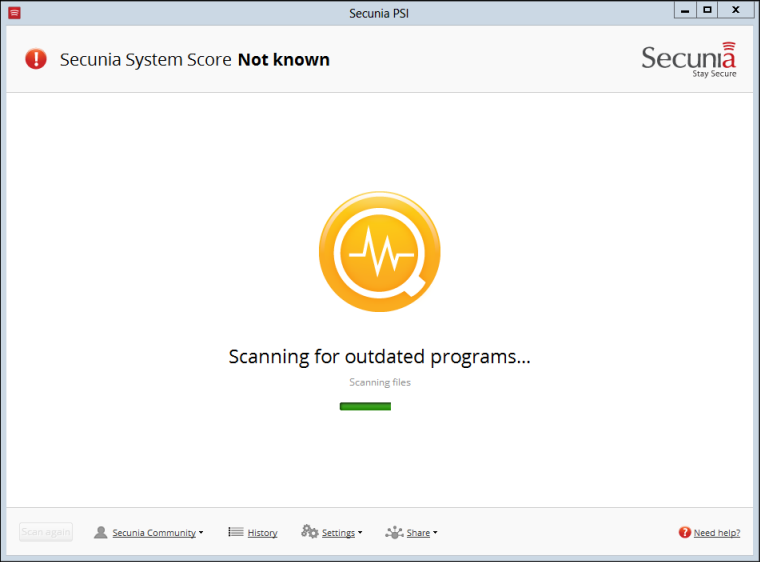 In this test, PSI picked up one application that needed updating. You might think that VLC (VideoLAN), would be relatively safe from being manipulated by cyber criminals. Unfortunately, you’d be wrong.

In July of last year VLC, when downloaded from other than the developer’s website, came bundled with malware. A reminder as to why it’s so important to download from the developer’s site, or a recognized download service: 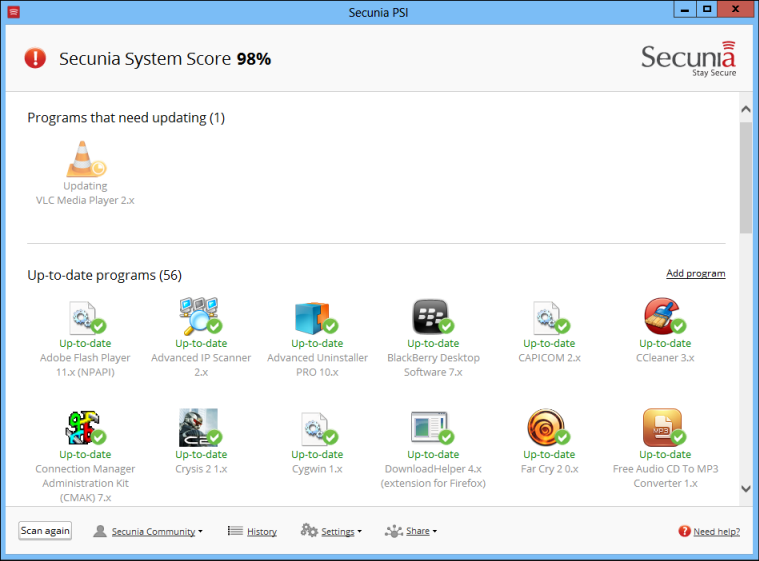 PSI automatically, and in the background, downloaded (from the official site) and installed the most recent version of VLC – raising the machine’s score from 98% to 100%: 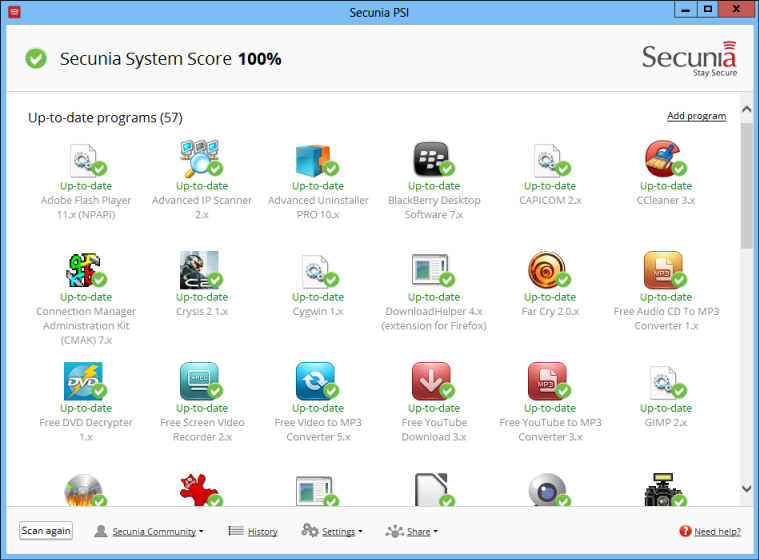 Secunia PSI 3.0, by installing the latest security updates that a vendor of an application has released, offers a real solution which helps users avoid becoming a victim of a hacker exploiting vulnerabilities in installed software. Installing this free application should be a no-brainer.

For all the critical “yeah, but” experts who troll the Internet – it’s undoubtedly true that no security application is perfect. However, used properly, PSI 3 adds another layer of effective security.

3 thoughts on “Secunia PSI: ‘Must Have’ security application”