I’m not even sure you want to hear about my own personal PC trials and tribulations, you probably go through enough of your own. However, I’m going to relate this tale anyway, simply because I want to and can. And, you never know, someone just may learn something along the way. 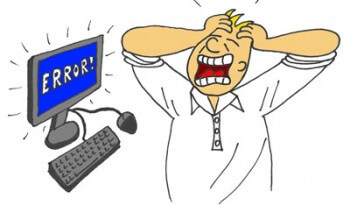 It never ceases to amaze me just how often that old adage comes true. We can go through long periods of trouble and care free times, but then, when some kind of mishap strikes, it always seems to be followed in quick succession by even more mishaps. And that can be so true with these infernal machines we commonly refer to as computers.

And so it started:

Mishap #1) The week started off badly, with an older machine I had running Linux Mint finally gasping its last and giving up the ghost. Not entirely unexpected and no great drama really.

Mishap #2) But then, shortly thereafter, my main machine goes rogue on me, with Windows 8.1 flatly refusing to boot and Windows 7 running like molasses with CPU usage off the map.

Long story short, after many hours tinkering, I finally traced all the problems back to a failed (or failing) hard drive associated with the Windows 8.1 installation. Purchasing a new internal hard drive and restoring a full system image to same saw me back up and running again in no time. I mention all this only as a precursor to the ‘three strikes’ theory, plus to emphasize the importance of maintaining regular backups – specifically full system image backups. That’s the thing about disasters, you never know when they’ll strike.

Mishap #3) With everything now working fine again, I go to the computer several days later to find my internet connection not working and the ADSL Sync light on the router glowing red – a sure sign of connection issues. I am not pleased. Bearing in mind that the cable from my phone inlet to the router is direct and not shared, I went through the usual suspects:

By this time I am well and truly stumped, so I ring my ISP to book a technician to come out and check the line for any faults. Now, here’s the rub – if 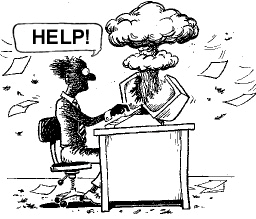 the fault ends up being internal, as in inside the house and nothing to do with the exchange or line from the exchange to the house, this is going to cost a pretty penny, I’m talking a couple of hundred dollars.

So, after booking the technician, I decided to completely replace the cable between the phone outlet and router, just to be on the safe side. Now here’s where it gets a tad complicated. Even though the phone outlet and my PC equipment are in close proximity (about 6 feet apart) they are actually in separate rooms. However, the two rooms share a common wall so connection was merely a matter of drilling a couple of holes and passing the cable through the wall.

So, back to replacing the cable – as soon as I pulled the cable through the wall I noticed right away that a section, which had previously been hidden from view within the wall cavity, was damaged – the insulation having been chewed away exposing bare wires. I can only put it down to a small but very hungry rodent. From here on in, I’m going to keep a close eye on that wireless mouse. 🙂

Replacing that 6 feet or so of cable solved the problem, back connected to the net again. I quickly called my ISP to cancel the technician, thanking goodness that I’d made the effort to thoroughly check that cable, saving myself a bundle of money in the process.

There is no real moral to the story, although perhaps a lesson to be learned – make sure to double and triple check all possibilities prior to making that ultimate call for assistance. In my case, not only did it save a me a good deal of hard earned but also the inconvenience of days (possibly up to a week) of down time.

12 thoughts on “PC Trials and Tribulations”