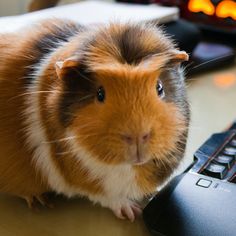 For those who may not be familiar with the Insider program: Microsoft set up its Insider Program primarily as a means for pre-testing changes and new features in Windows 10. Microsoft account holders were invited to join the program and install a Windows 10 Insider Preview build. New builds, which often include new features, are released at regular intervals and a user feedback system is then utilized to help identify and fix any bugs/issues so when these features are eventually released for general consumption, all should be tickety boo. Think of us Insiders as guinea pigs.

The latest Windows 10 Insider Preview build (14267) has recently been released to the fast ring and it includes a number of new features, although pretty much all relate to the Edge Browser.

Probably the most significant of these is a new option to delete browsing data each time Edge is closed. (click images for full size) 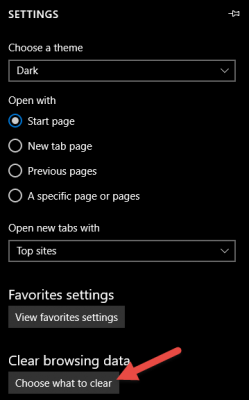 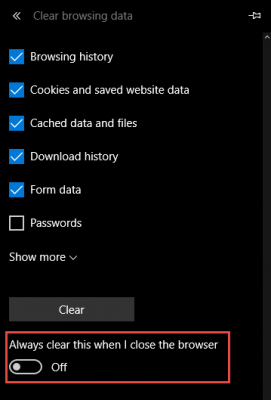 Go to Settings and under “Clear browsing data”, click Choose what to clear. Enable the items you want cleared each time and then switch the “Always clear this when I close the browser” option to On.

Another new feature allows Edge users to select a specific folder for downloads, or choose different folders for different downloads. 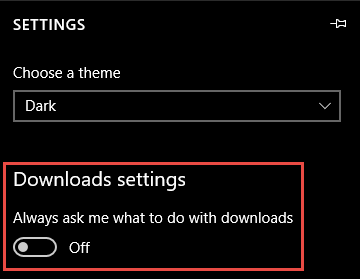 The third and final new setting provides an option for users to only display favicon icons in the favorites bar. 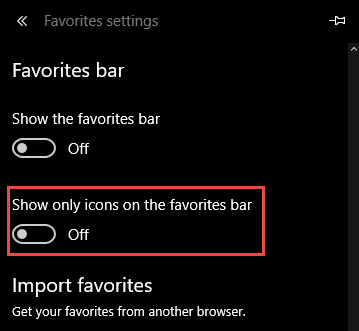 Switching between icons/names and icons can easily be achieved by right-clicking on the bar and selecting the appropriate option from the menu. Personally, I don’t reckon it matters much what enhancements Microsoft introduces, Edge will never gain wide acceptance until such times as extensions become available.

I don’t use Cortana myself but a new quick and easy music search button has been added to the top right corner of Cortana’s window:

A new feature has been added to the Skype app allowing users to attach photos to messages by clicking or tapping on a paperclip icon at the lower left while composing a new message. And, instead of selecting an existing image, it is also possible to use the Camera app to take a photo to attach to a Skype message.

That’s about it, except for a number of bug fixes, so nothing terribly exciting to look forward to. I’m still hoping Microsoft will change its mind on the forced updates issue and go back to allowing users to selectively install updates… we live in hope.

I wrote this article on 22nd February and today (25th February), I just received notification of yet another new build (14271) ready to download. Two new builds coming in such quick succession is unusual to say the least. I suspect the previous build must have included a pretty serious bug, or perhaps several.

I’ve just searched for and come across the announcement from Gabe Aul regarding this latest 14271 build and it definitely is purely for bug fixes. The list of issues fixed, and a list of issues pending a fix, are both pretty long. Check them out here: Announcing Windows 10 Insider Preview Build 14271