I must start off by saying that neither DCT nor myself are associated with PrivaZer in any way, I am just a big fan of this superior cleaning and privacy tool. If you haven’t yet caught up with my previous reviews of PrivaZer you can do so here:

The PrivaZer team has recently released a new version (v2.13) which adds a new area for cleaning and even greater privacy… that area is the transactions log files ($LogFile) on NTFS drives.

What traces can be found in the transactions log file?

According to PrivaZer; a $LogFile may record more than 300,000 operations on files/folders and may contain around 10,000 file/folder names, so it would be very easy to recover the names of files which have been deleted by the user…  now that’s a privacy issue! 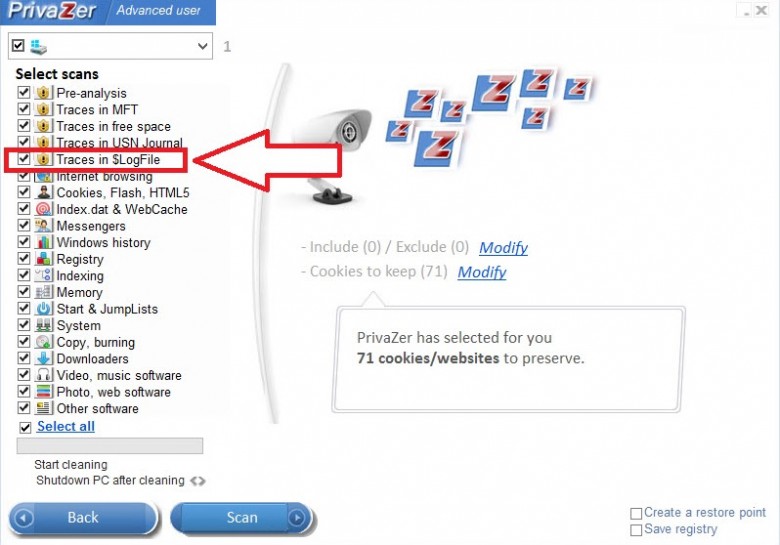 PrivaZer has always included the ability to create a portable version via the installer but I notice that the download page now also includes a dedicated portable version.

Existing users should update to the latest version (v2.13.1) to ensure even greater privacy. Those who have yet to check out PrivaZer should consider doing so. Not only is it the most comprehensive free cleaning/privacy tool available, the developers are constantly looking at ways to improve and enhance their program.