I chose to take an issue that could be a little controversial and see what people think.  Live Streaming funerals. Everyone is entitled to their opinion and as you read on you will hear mine.

Some of you may ask… What is Live streaming a funeral? It means you can watch and hear the funeral from anywhere, as long as you have a computer and high-speed internet connection. (The video cannot play on the iPad or iPhone).

How this topic came to the forefront was that I recently attended the funeral of a friend’s 8 yr old son who passed away from an illness. The funeral was live streamed from South Dakota, many of the relatives were in Ohio and too elderly, sick, or financially not able to travel for the funeral. It was wonderful for those of us who wanted to be there but could not, and still feel as though we were participating.  It is the 2nd funeral I have attended via a live stream. 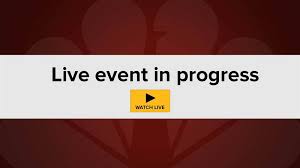 It was fairly easy to do this. The funeral home provided instructions as well as CaringBridge.org where they posted an online journal of their son plus instructions. This is what I saw:  The funeral will be streamed for those that are not able to attend. This is a live stream, not a recording. To watch go to https://livestream.com/accounts/13310918/carter

In order to watch the stream, you have to create an account. This is an easy process which is free and just requires an email address. The account can be created beforehand and you don’t have to wait until the time of the funeral. When I went there it had the option to use your Facebook to login, which I chose.

Thank you so much for making it possible to &#8220;attend” through live streaming (and tears streaming). Our hearts and prayers are with you all, knowing you look forward to the day you will be reunited with Carter, but knowing, too, that the coming days (and years) without him in your lives will be filled with mourning.

Please know we are all there standing beside you! Thank you for all the updates and tireless perseverance you and your family has shown. I’m very sorry for our loss…yes…our…because the world lost a bright young man. Thank you for sharing him and giving us a peek into his story. Stay as strong as possible and if there’s anything we can do you for your or yours during this very difficult time, please don’t hesitate to say something.

Thank you so much for thinking of those of us who would love to be there if we could. Grateful we can still be a part of it. My thoughts and prayers are with you all.

What a wonderful idea and option for so many who will be there is spirit. Carter *and all of you* have touched so many lives in so many areas this will make us feel right there with you. Hugs.