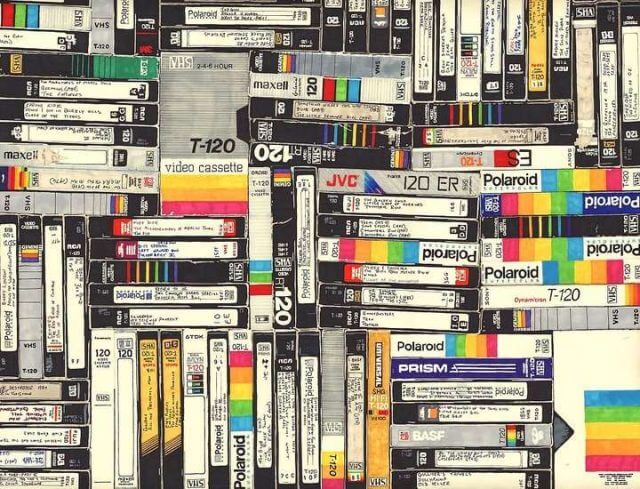 Transferring your VHS tapes to digital media today can be a head-scratcher for a number of reasons. The first and most important is whether you have access to a VCR that actually works, and the second is your choice of capturing those beloved memories, be it a PCI/PCIe capture card, an all-in-one VHS/DVD player, or a USB dongle with RCA connectors. It’s also worth noting that VHS tapes vary in quality and there are numerous factors which will determine whether your tapes will still produce an image and sound in a functioning VCR. VHS tapes stored under the right conditions will last for many years, but there are so many variables that could affect the outcome of successful transfers to digital media, so let’s just say that it’s better to grab the raw material from those tapes sooner rather than later and this is my experience over the last few years.

I bought my first camcorder in 1994 and proceeded to make a nuisance of myself by filming everything in sight for the next ten years, often to the annoyance of friends and family who didn’t welcome the intrusion at the time. Today they’re saying how glad they are that they can still re-live those memories, so I must have been doing something right. In fact, I wasn’t the first in my family to record an important event as my eldest sister  filmed my parents’ 35th wedding anniversary in 1983 using a Kodak 8mm reel to reel movie camera (if I’m not mistaken) and many years later I found a shop in Hereford (UK) who transferred the film to VHS, which I eventually got around to transferring to digital some 10 years later. 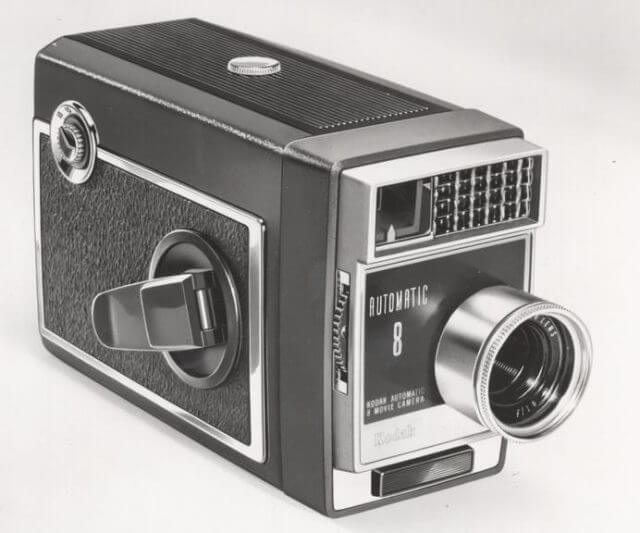 My first serious foray into VHS to digital was in 2012 when I acquired a KWorld PCI TV tuner card from a broken PC which I fitted into a Pentium 4 PC running Windows XP and after some trial and error, finally managed to  get a picture and audio from my wife’s old Samsung VCR. Using Windows Movie Maker (WMM) I was then able to grab the video to my hard drive and thus the odyssey began. 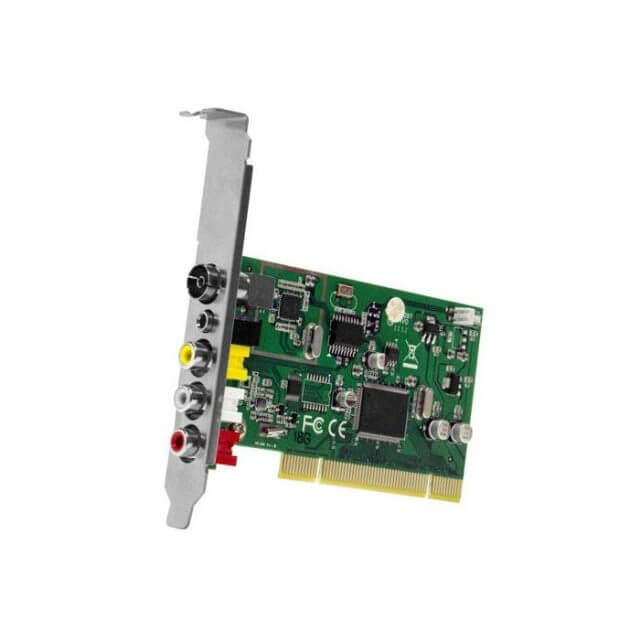 By using the Video-in (yellow connector) and Audio line-in (usually blue) on the PCI  card I achieved the results with a quality one would expect from a VHS tape at 720 x 576 resolution. In other words, you only get out what you put in and I successfully transferred numerous tapes from VHS-C (camcorder tapes) using an adaptor cassette, which is the majority of the tapes that I and many others still have. 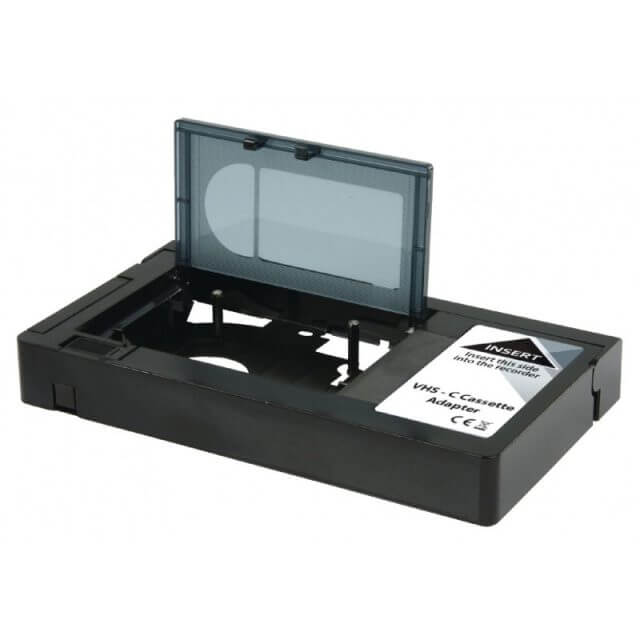 Over time I began to have problems with the VCR, such as tapes tangling in the mechanism, so the machine eventually gave up and the cost of repair at the time simply wasn’t viable and the project stalled. I came across numerous other VCRs in the months that followed, but they all had faults and so I gave up altogether.

Last weekend a friend was having a house clear-out and offered me a Sony SLV-L56 4 head VCR  for around $5, so I tested it and bought it, thus commencing my next foray into the mechanical world of VHS.

During my previous VHS transfers I’d been unable to get the KWorld PCI card to be recognised under Windows 7 or Windows 10 due to driver issues, which was a shame since I couldn’t utilise all of the system memory in a 64-bit OS and had to fall back on Windows XP 32-bit every single time. This time was no different and since the latest PCI or PCIe capture cards are ridiculously expensive in Argentina, I had to fall back on the KWorld card only to find that it had quietly died. I quickly managed to locate an alternative – an Encore ENLTV capture card for a couple of dollars – which, as expected is only supported by Windows XP 32 bit, which is what I had to install on a spare Athlon II x 2 250 3.0Ghz, 6GB RAM machine I just happened to have laying around, not forgetting that XP x86 will only see the first 3.5 GB of memory. 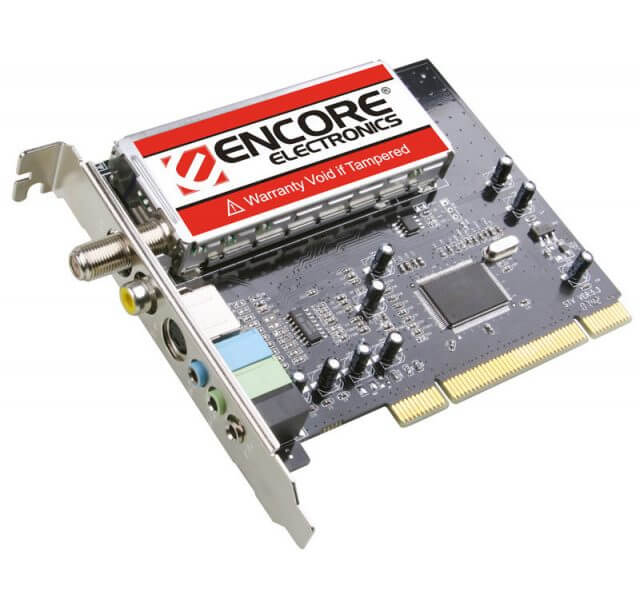 So, working on the old mantra of, “if it works, it works”, I hooked everything up and by using WMM again, I’ve been able to transfer about ten 45-minute VHS tapes to the hard drive in .wmv format which, after editing with Vegas Movie Studio 13, I then rendered as .mp4. Here’s a short sample of the WMM interface and the kind of quality you might expect:

Again, those variables come into play and whilst I know for a fact that all the VHS-C and VHS tapes I have are in colour, the output can be intermittent, shifting to black and white and then back to colour again. This could be due to the quality of the tapes or dirty VCR heads, but I’m inclined to bet on the former as some higher quality tapes are consistent in producing colour. WMM is a good movie editor and although fairly basic, it works along the lines of many others, with a storyboard, the captured video being split into clips, and so on. However, rendering edited video usually needs a beefier PC with a more modern program which allows a more varied selection of output options, which is why I render the .wmv videos on my gaming PC – a Ryzen 2600X, 16Gb RAM – using Vegas Movie Studio 13 (Steam version). However, WMM needs to render all the clips together first and this can take up to 90 minutes for a 15 minute recording and there’s no way around it, so I usually leave it to chunter away whilst I get on with something else. Here’s an example of the quality changes I just referred to which I can sometimes fix by ejecting the tape, re-inserting and maybe doing this several times over until the preview comes up normally without any sudden loss in quality.

For the moment I’ll be finishing up some more family videos and then I’ll carry out a trial by offering this as a service to new and existing customers without investing money on a new capture card since I have no idea how long the VCR will hold out. If the trial is a success (I’ve already been asked for quotes from several customers), I may have to take the plunge and buy a decent capture device, but with the added advantage of being able to capture on a faster PC, using more modern x64 compatible capture software, and thus speeding up the entire process – VCR health status permitting of course.

It’s also possible to improve the quality of some VHS videos once converted to digital. For example, if the the contrast, brightness and sharpness can be tweaked (I’ve done this successfully), it’s possible to end up with a more vibrant clip which appears far less over exposed, as this example originally from an 8mm and copied to VHS clearly illustrates.

I’ve recently been playing with video editing software that does all those things and once my tests are finished, I hope to have a full report in a future article here on Dave’s Computer Tips.

10 thoughts on “How To Transfer VHS Tapes To Digital Media”