In 1980, Cuban Arnaldo Tamayo-Mendez became the first person of color sent into space.

Tamayo-Mendez, also the first Latin American in space, was an astronaut aboard Soyuz 38, which docked with Salyut-6 for eight days, starting on September 19th and returned to Earth on September 26th.

In 1990, NeXT released the NeXTstation workstation computer. 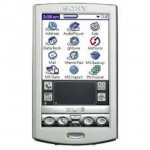 1 thought on “Geek Facts for September 18th – The First Latin American Astronaut, a Workstation and a Handheld Computer”