I never quite got around to updating my Mac OS from Lion (Mac OS X 10.7) to Mountain Lion (OS X 10.8), which was released on July 25th. I’m am usually fairly timely on upgrades, performing them in the first week or so. Somehow Mountain Lion just got away from me.

With iOS 6 coming out on Wednesday (September 19th), I figured this past weekend that it was about time that I did the upgrade. I have a mid-2009 13” MacBook Pro so I will still be able to take advantage of many of the new features in Mountain Lion, including some ‘iOSification’ of the Mac.

For any other somewhat late adopters out there, here’s how I went about doing the upgrade.

Before downloading and installing Mountain Lion, I took a few precautions.

First, I checked to make sure that all of the apps that I consider to be critical are compatible with Mountain Lion. If any of them weren’t, that was going to be a show stopper for me. I checked their compatibility by going to Roaring Apps. They have a very extensive list of applications and designate whether or not an app is compatible with Lion or Mountain Lion.
Green – The app works as expected.
Yellow – The app has some ‘problems’.
Red – The app does not work properly.
Blue – The app has not been tested.

I checked out my critical apps — LiveCode, iBank, and Microsoft Office 2008. All were green so I was good to go.

I made sure that all of my applications were up to date using Apple’s Software Update, available under the Apple menu. There was a new version of iTunes so I updated that.

Next, I checked to see if any apps needed updated in the App Store app. I had new versions of iPhoto, Evernote, Xcode, iBank and Pixelmator to install. 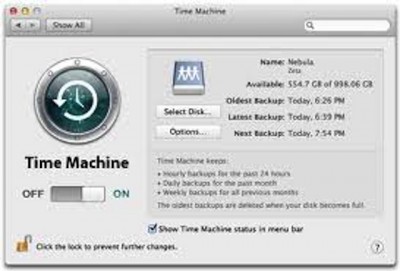 Finally, using Time Machine, I did a backup to my Time Capsule, just in case something went terribly awry. 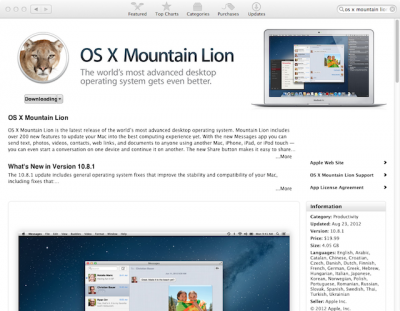 Ready to go, I purchased and downloaded Mountain Lion from the App Store, for a very reasonable price of $19.99. 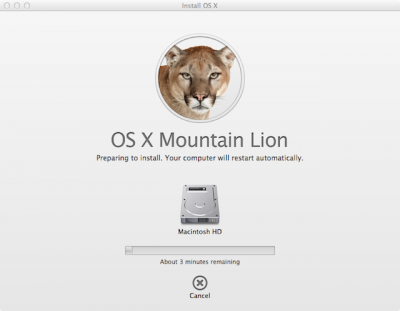 After it downloaded, I installed it with no issues. I have to say that upgrading from Lion to Mountain Lion was a lot less painful than updating from Snow Leopard to Lion. As I recall, there were numerous steps to go through in that upgrade. This was a lot less effort.

In addition to my MacBook, I updated another MacBook Pro and a first-generation MacBook Air, all without incident.

I’m liking the Notification Center already. Otherwise, I haven’t had a chance to delve in too deeply.

As I said, iOS 6 comes out on Wednesday. Another uneventful upgrade adventure, most likely. Typically, I wait until the weekend to upgrade iOS due to sheer volume of downloads on the first couple of days. Having had an uneventful upgrade to Mountain Lion (thank goodness), maybe I’ll be adventuresome and take the plunge earlier than usual.