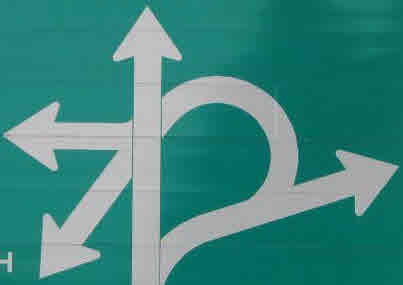 There has been a lot of discussion and misunderstanding of late regarding backups. Having a backup is all-important, of course, but understanding what a backup is can be just as daunting a prospect. Also, there are many differing ideas of how a good backup scheme should be implemented. I am here to offer some ideas and opinions about how this process should be approached. There are no instructions as such– you are on your own. As always, the decisions you make will be influenced by the way you use your computer. The variance is as wide as is the number of people on the planet.

There are people on this beautiful blue globe who deem backups a total waste of time. My dear brother is a prime example of this notion. Apparently, he feels that nothing on his computer is worth saving. Could be… one never knows, does one?

The first thing that some people seem to confuse are Images vs Backups.

A hard drive or partition image is basically a snapshot of the drive in its current state. An image is, of course, a backup. A backup, on the other hand, is not necessarily an image. A backup may consist of merely a few files or a much more complex system of directories. A main difference between the two is that generally a backup is not able to handle files that are currently in use by the system whereas taking an image will.

For the purposes of this article I will use the term “backup” to encompass both. Making an Image as opposed to a Backup may require entirely different types of software.

There are three types of backups commonly available to you: Full, Incremental, and Differential.

Note: The perspicacious readers among you will notice that on the first occurrence of a Differentail or Incremental backup the result is identical.

Differential vs Incremental – Pros and Cons

Personally, I like Incremental backups because they are relatively fast. There are some potential drawbacks, however.

There is a common convention among backup proponents, including myself. Is is called the 1-2-3 plan and it goes like this. If you have only one copy of a file, then you have no backup at all.  At first observation this may seem patently dim-witted. You may discover that many people overlook this bare-faced fact. Somehow, they seem to willfully blind themselves to the idea that  it could possibly happen to them. The inevitable hard drive failure, that is. Sadly, it happens in so many variations of life as well.

Your individual backup solutions will undoubtedly differ from mine which is totally dependent on your personal needs. Here’s what I do:

The end result is that I always have a backup no older than one day. In the worst-case scenario, were it that all my hard drives broke at once, I would still have a backup no more than one month old. That is acceptable considering how unlikely a total hard drive failure may be. Besides, restoring from a backup in an hour is preferable to several days of re-installing Windows and all the programs I use on a regular basis.

What you need determines your backup plan. If you change very little of your data, programs, and all-important gaming information over time, then you don’t need frequent backups. If your changes occur at a rapid rate, then your needs increase accordingly. It’s all up to you and how you use your computer that determines your particular backup requirements.

I hope I haven’t muddied the waters too much and hopefully may have enlightened a few,

16 thoughts on “Backups – Ideas and Opinions”