This awesome interactive graphics demonstration comes to us courtesy of Evan Wallace whose CV is almost as impressive as his work:

I’m Evan Wallace, a software developer with a Computer Science degree from Brown University. In the past I’ve worked as an intern for Microsoft and Pixar developing in C++. However, most of my personal work revolves around web development and graphics.

If you’d like to check out what a decent graphic card combined with HTML 5 can achieve, head on over to http://madebyevan.com/webgl-water/ where you’ll see the following image displayed, depicting a ball floating in a tank of water: 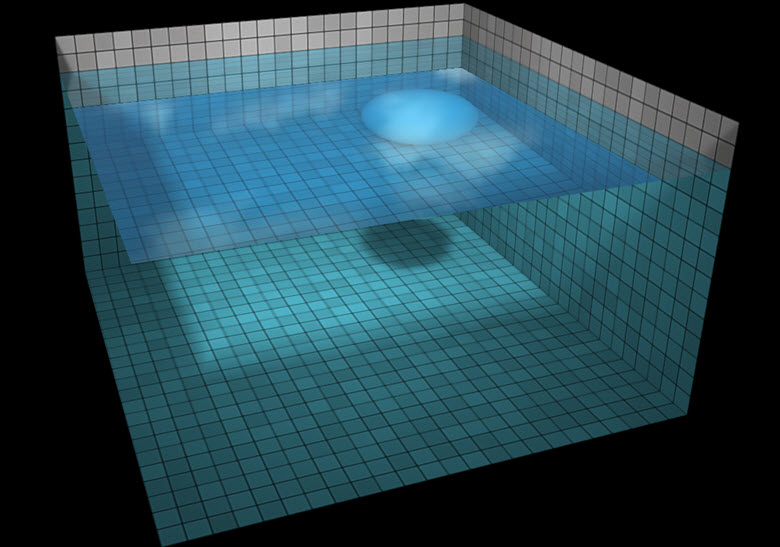 The difference being that on Evan Wallace’s page the image is interactive, with movement, reflections, and reactions generated dynamically within the browser. Move the ball around with your mouse and watch as the ripples and splashes of the computer generated water, as well as the reflected light, all react perfectly to each situation.  You can also adjust the perspective by moving the tank around with your mouse..

Remember, everything you are seeing is actually graphics generated,  a true testament to Mr. Wallace’s algorithms and abilities that it should react so naturally through an infinite range of movements. Very cool!!