Apple announced that their Apple Watch is coming in April. I started thinking about what I would want a smartwatch to do and came up with my six “F”s for Smartwatches. 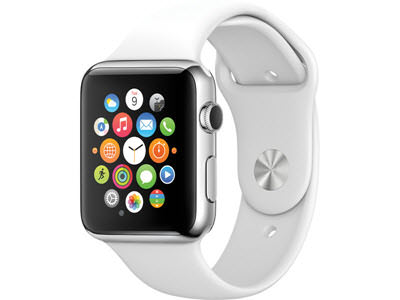 Fitness – I currently wear a Fitbit Flex. Wearing that along with a watch would be a bit much, at least for me. Apple Watch definitely meets this requirement with its all-day fitness tracker. It uses an accelerometer to measure total body movement, a custom sensor to measure intensity by measuring your heart rate as well as GPS on your iPhone to measure distance. There is a fitness ring with three circles. ‘Move’ measures the number of calories burned. ‘Exercise’ measures the number of minutes that your activity is at the rate of brisk walk or above. ‘Stand’ tracks how often you stand up to take a break from sitting. You can also select an activity (Walking, Running, etc.) and set a goal for the activity. Apple Watch definitely meets my fitness requirements.

Friend-friendly – There are a few basic functions that I expect from a smartwatch to communicate with friends easily – messages and mail. Apple Watch supports both of these as well as the ability to take phone calls. A little bit too “Dick Tracy” for me but I’m sure I’d get used to it. The interfaces are clean and very easy to use. So, Apple Watch is definitely friend-friendly.

Freedom – As in freedom from being tethered. I would want a battery to last throughout the day. I’ve become accustomed to charging my iPhone when I’m at my desk or in my car and it’s not a big deal. But I don’t wear my iPhone. I don’t want to be physically tethered to a charging cable. According to 9to5Mac, Apple’s expectations are for the battery to last 2-1/2 to 4 hours when users are using applications. If they are alternately checking apps and giving the device a break, the battery may last for up to 19 hours. The expectation is that the watch will work for two to three days if left in standby or sleep mode. Uh-oh. Depending on the definition of “alternately checking apps and letting the timepiece rest”, this could be an issue for me. Honestly, Apple, if I get 12 hours, I’ll be happy.

Free apps – Well, they don’t all have to be free. But I would like to have a smartwatch that is supported by a robust offering of 3rd-party apps.   With Apple Watch, I expect there to be a plethora of apps available.

Function – How easy is it to use basic functions as well as apps? Based on demos that I’ve seen, Apple Watch is very easy to use. By using its digital crown, which most people would call a knob, you are able to easily navigate through applications and zoom in on photos effortlessly. Apple has always been a leader, and usually an innovator, in user interfaces and Apple Watch is no exception. So, Apple Watch would definitely meet this requirement.

For me, Apple Watch scores about 5-1/2 out of 6, with battery life being the only possible concern. So, will I be going to the Apple Store in April to get an Apple Watch. Yes, I will. The fact that I already have an iPhone 6 pretty much seals the deal for me.