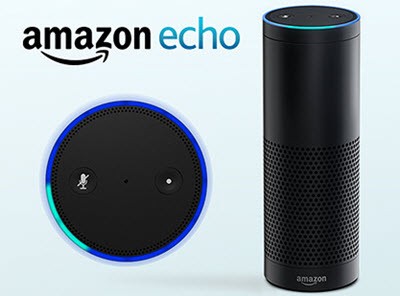 I’ve had my Amazon Echo for not quite two months. If you read my earlier post, you know that I’m a fan. But, apparently, it got even better. Amazon sent me an email last week (January 30th) to let me know that their Echo has some new features.

The major new feature is voice control for Pandora, Spotify and iTunes through Android and iOS devices. To get started, you say &#8220;Alexa, pair my device.” After you start playing your music, you control it by saying “Alexa” followed by Next, Pause, Play, Previous or Stop. While, up until now, you could stream music from these services but you had to control the music through your device.  Voice commands to the Echo weren’t supported. So this is a very nice addition to the Echo skillset (so to speak).

Amazon also promises a better response time and more accurate answers to many of your questions, expanded Wikipedia coverage and new spelling words and definitions.

The wackiest update is ‘Simon Says.’ Just like the childhood game, if you say ‘Alexa, Simon says’, the Echo will repeat whatever you say. Amazon even provides a ‘fun tip’ for this new feature — “you can covertly use the remote control from another room to get Echo to repeat what you say and surprise your family.” OK,  I don’t really see myself using this new feature.

I’m still a fan of Amazon Echo and, with most of the new features, I only see that getting better.