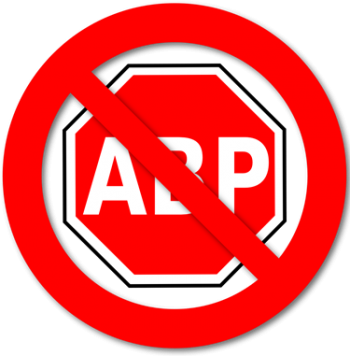 The old adage that nothing is really free certainly applies to the internet where, in most cases, the quid pro quo is putting up with advertising. Even though not too many users would be happy with ads displaying on pages, can you imagine the alternative? The free content we all take for granted and enjoy relies heavily on advertising revenue without which the internet would very quickly transform into a pay-for-view medium.

It’s funny how things work out; what once was thought of as the users’ savior could very well end up being the users’ downfall. Yes, ads can be annoying but they also play a critical role in maintaining a free and open internet. And individuals should not kid themselves that their contribution to ad blocking is unlikely to have any serious impact. Collectively, ad blocking software is costing site owners huge amounts of potential revenue. To put things in perspective; it is estimated that ad blocking was responsible for a staggering $22 billion (yes, that’s 22 BILLION dollars) in lost revenue during 2015 alone. And the worrying part is that the use of ad blockers is on the increase.

And So the Fightback Has Begun!

As the trend toward ad blocking continues unabated we are now seeing the emergence of more and more adblocker blocking systems, which eventually can only disadvantage users. One such system, provided by California based company BlockIQ, has taken the fightback a step further, currently offering site owners three options for dealing with ad blockers:

While I believe that the first two options are quite reasonable, I do have serious reservations about the third. Force feeding ads per medium of tricking the browser into displaying them, clearly against the user’s wishes, is not really the way to go about it.

Personally, I don’t necessarily see ad blockers as the evil incarnate here. Apart from providing a useful security feature by blocking malvertising, most do include a white listing feature which users can employ to selectively block or allow ads. The bigger problem is those users who ignore these white listing features and simply block everything across the board, regardless.

One thing for certain, this is going to prove an interesting battle, as ad blocking software developers employ measures to overcome adblocker blockers and adblocker blocker developers then find other avenues to overcome ad blocking. There’s a heck of a lot of “block” words in there but I hope you get the gist. Bottom line, seems we’re in for a right old game of cat and mouse.

15 thoughts on “Adblocker Blockers Fighting Back”