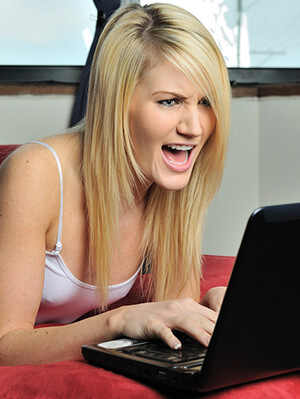 A few days into my motorcycle trip to the north of Argentina earlier this month, when all thoughts of computer-related mishaps had practically been vaporized, I was enjoying a welcome and very cold beer in a small village half way up the Andes, when a text message beeped on my phone. I honestly thought that text messages had gone the way of the fax machine, but no, some people still use them. Anyway, said text message was from a woman I knew for whom I’d fixed some virus and malware problems on her netbook. The text started out quite nicely, but rapidly descended into a tirade of hysterical accusations written in the kind of language you certainly wouldn’t want your Mum to read. I knew I was in trouble the moment I saw the word usted, which is generally reserved for someone you’ve never met before, whereas tu or vos are used for someone you know well and are much less formal, so clearly the terms of engagement had been revised, which was a little alarming. Here’s a small transcript of the exchange:

Naturally, I replied in formal mode just to keep up the rhythm, advising her that I was unavailable to service her until the following week, took another sip of my beer, gazed longingly at the towering peaks in the distance and set my mind on the challenges facing me the following day. 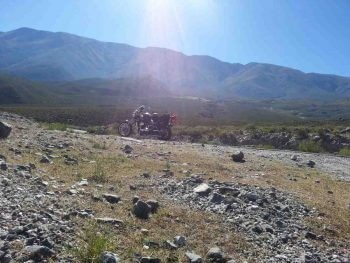 On my return to the real world later that week, I invited the lady to visit me so that we could discuss her problems face to face over a nice cup of tea. It was an uncomfortable encounter with the exchange being pretty much one way traffic, where I was denounced for having intentionally installed a whole raft of malware, viruses and other such maladies on her beloved netbook. This left me scratching my head and when she finally managed to pause for breath before actually exploding (which was a very real possibility), I advised her that I would try my level best to rectify the situation, only to be met with a refund demand which, if not forthcoming, would result in dire consequences. When pressed for further clarification, she pretty much lost the plot, dug even deeper for the expletives and put herself on an extremely short fuse which I could literally see fizzling away to its grisly conclusion, at which point I asked her to leave the premises in an orderly fashion. Some moments later I reclined in the corner with my sombrero inclined nonchalantly over my face, dreaming of being on my bike back in the Andes.

How to blow up your computer 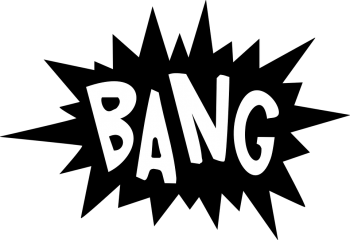 There are times when humanity never fails to disappoint and when this particular PC came through the door, I could be heard muttering,” OMG!”, and, “WTF!”, as I opened her up and inspected the innards. Whilst I love to tinker, modify and generally experiment, there are lines that even I won’t cross and exposing a PC chassis to a live 220v power line isn’t something I would generally attempt. However, in this instance, this is exactly what had happened and it’s only by sheer luck that I’m sitting here telling you about it at all. 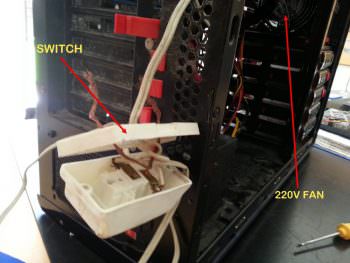 It’s a sound idea putting a huge fan at the front of a computer case, but not so bright connecting it to a switch that in turn is connected to a domestic 220v supply. It also transpired that, when I had removed both the switch and the industrial purpose fan, that the switch had been crudely attached to the case using bare, exposed copper wire which ran through the switch itself, crossing the contacts and thence twisted through the rear grill of the case, hence the big bang which should in fact have been a much louder and much bigger bang. But it was more like a whimper, in fact, as the motherboard had breathed its last dying breath. 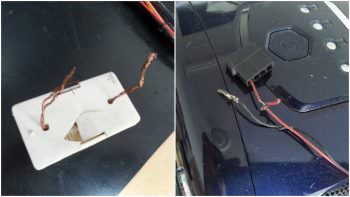 Fortunately, the only casualty in this drama was the Asus motherboard and, miraculously, all the other components, not to mention the customer himself, remained unscathed. In fact, I quizzed the owner about who fitted this novel contraption and all I got was, “Oh, some bloke around the corner….”, and apart from that, he was totally unfazed, although it left me sorely curious as to the identity of the bloke around the corner. 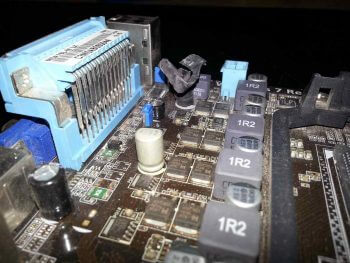 Later that day, in walks a lady with what I at first perceived to be a very young Woody Allen or possibly a miniature scientist whom, within seconds became enthralled by the display of gaming goodies which is strategically placed at the entrance to the shop. Clearly a lad of high intelligence and I could tell immediately that his mum would pander to his every need and of course hoping those panderings might possibly include a new gaming machine, especially as the lad went on to inform me that his Pentium 4 was struggling, even with League of Legends. At that point it was opportune to ask the 64,000 dollar question, “Would you like me to build you a new gaming machine?”, at which his eyes became as large as saucers and the die was cast. 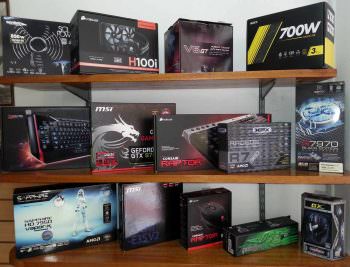 Once his parents and benefactor uncle had approved my quotation and I’d spent many happy hours building the new gaming machine based on an Intel Core i3 and AMD R9 360, the moment arrived for collection and payment. It’s worth explaining that I don’t work with credit cards due to the astronomical charges and with the Argentine economy being pretty much a basket case, the sight of my young geek customer and his parents entering the shop with a carrier bag full of notes (the equivalent in US dollars could fit in a small envelope) is something I’ve now become accustomed to, bizarre as it may seem.

I very often get youngsters come into the shop talking gaming and many of my contemporaries like to refer to them as tyre kickers. On the other hand, I always see them as potential customers, mainly because I’m a gamer myself and understand what they need.

In Day 8 of this series, I’ll be relating what happened when another gamer came into the shop telling me his computer had caught fire and a tale of a very strange virus on an 85 year old lady’s laptop that completely defeated me.