Do you remember Outlook Express? 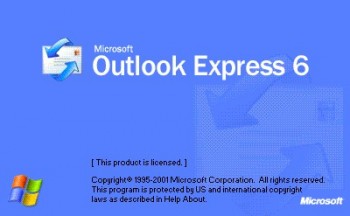 Of course you do, but that’s not the point here.

There are times when you fix a computer and like some demented homing pigeon, the damn thing keeps coming back again as if it’s possessed. Well, this is exactly what happened last week and the fault was partly mine.

The day had started cool but sunny with maybe a hint of showers in the air and the autumn leaves, already a hue of copper, were littering the streets and gardens, when into the shop strode a very tall and elegant woman, possibly on the favourable side of sixty, who wasted no time in getting to the point. I like that, usually. She wanted to know why all her emails had disappeared overnight, why she could no longer send any at all and please, what’s happened to 15 years worth of her messages that have all been deleted? After some verbal detective work, I had to conclude that the machine was quite old, was probably running XP and more than likely Outlook Express had crashed, so I wandered over to her house to find that the 2Gb inbox limit had been exceeded, rendering the program as knobbled, to use the technical jargon. It was at that moment that I also remembered all those dark days flogging dead horses when I was supposed to be rescuing PST and DBX files and hoping I wouldn’t have to ever again. Oh and that 4Gb PST file of mine that literally disappeared into thin air over a long weekend, but let’s not talk about that shall we? 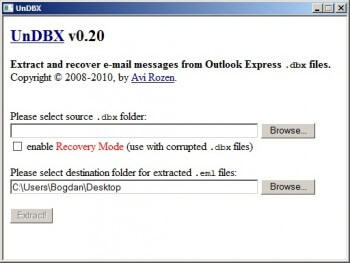 Clearly the mission was to get this lady’s machine back to the functioning order it was in before the problem occurred and by the smoothest means possible, at least that was the idea. There are more email repair programs out there than you could shake a stick at and most are either limited free trials (try and buy) or simply extract the emails from a bad DBX. My goal was to try and repair the inbox and try to reduce its size as this was preventing OE6 from loading, but in the end I found this impossible, so I installed Outlook 2007 and soon remembered how bloody difficult Microsoft has made it to migrate from Outlook Express. On the same XP machine with both OE6 and Outlook installed, this is theoretically possible, but not when the inbox.dbx is messed up, so this is what I did:

The end result was a functioning email program for precisely one day, because I was called again as Outlook 2007 had crashed which upset the lady customer no end, she thinking that she’d been responsible for moving the computer from one room to another. Yes, I know. 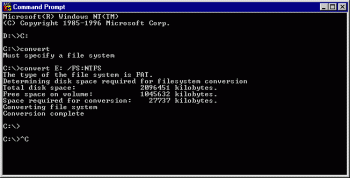 So, back on the bench again and then it hit me! The computer was formatted in FAT 32, which could be the only possible cause for the Outlook crash, so:

I should really have done this right at the start, but it wouldn’t have solved the Outlook Express limits either way and kept schtum about it instead. After all, what the eye doesn’t see, the chef gets away with right?

The rest of the day proceeded with light showers (as predicted) and some warm sunshine, with a promise of more general rain for the weekend, due to a cold front advancing rapidly from the west and an endearing parting comment from Outlook lady “I don’t know how you’ve got the patience with those infernal machines!”