Go grab a tissue and I’ll share a story with you, and this is one you should definitely read (at least to find out what 3-2-1 means)…

A few weeks ago I was a party in a sad conversation, which had all the attributes of a blockbuster movie plot; money, suspense, and an evil villain for our story’s hero to triumph over. OK, I’m being a tad dramatic (or am I?) and since this story doesn’t have a happy ending there isn’t any real hero. There definitely could have been, but one simple action snuffed our chances of a happy ending before the movie even started. OK, keep those tissues handy and let’s get to the story!

I’m having a discussion about computers and the conversation goes something like this (dim the lights)…
They said, “I just received a computer from a co-worker.”
I asked, “What’s wrong with it?”
They answered, “He can’t access any of his files!”
I asked, “What are the symptoms?”
They answered, “All the file extensions are .zepto.”
I said, “Uh oh!”

If you see where this is going you probably know why I suggested you grab a tissue before I started. If not, read on and  I’ll explain. Even if you do know you should still read on.

Ransomware, and why you don’t want it!

The computer in question was infected. Infected with Ransomware!

We all know that malware, rootkits, and viruses are bad and we don’t want them on our computer, but truth be told it’s possible to recover from an infection more often than not. It may not be pretty, you may have to re-install your operating system, you may lose some of your files, but generally it’s not the absolute end of the world. Unfortunately that world has changed. 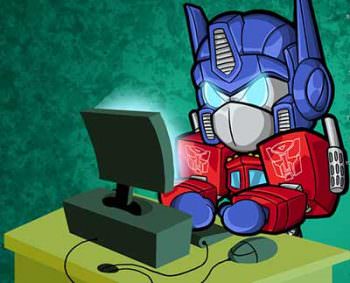 If there is a way to monetize something someone will find a way to do it, and that is exactly what has happened in the malware world! Some bright person thought long and hard about what people do with their computers and came to the conclusion that the one commonality that all people share is they create files. They create music files. They create picture files. They create movie files. They create documents files for work. They love their files! Then they took their idea to the next logical level; why not encrypt those tasty files and charge a ransom for their return.

That’s right, folks, a common infection today will encrypt your files and it will only get worse. You won’t be able to access them, play them, share them, or view them unless you pay a ransom. Nice, eh? Kinda makes you want to check on your antivirus and be a little more careful about where and what you click, doesn’t it?

In most cases the person responsible for infecting you – the kidnapper if you will – will offer to return your files to working order if you pay their ransom demand, and just between you and I the cheapest demand I’ve seen is between $300 and $500. Now, being a villain they go to diabolical means to protect themselves and their new found income stream. To that end the general way to pay this ransom is;

Your goal is to not find yourself in this situation to begin with, and while there are several methods that may help prevent ransomware infections there is only one true solution. That solution is to backup your computer! Not only can a computer backup protect you from ransomware, but almost every other conceivable computer problem can also be cured with a good backup. 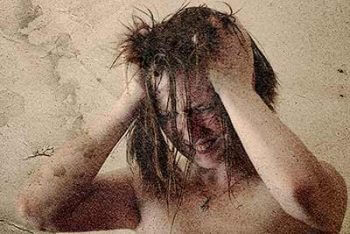 Earlier I mentioned that a simple action could have changed our story ending from doom and gloom to an enjoyable happy ending (still have those tissues handy?). That action was for the owner of the computer to create backups of his files. He didn’t backup, nor was he able/willing to pay the ransom so the net result is he lost his files. Gone! Not because we didn’t want to help – we just don’t have the means to fix the problem at this time. Hint: This is the section of the article where you shed a tear for the lost files, come to grips with the fact there is no happy ending to the story, and use the tissue to dry your eyes before you get to the real meat of the article!

What is a computer backup? 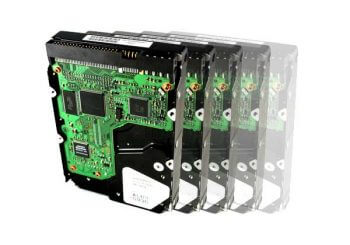 So, what is a backup? In the simplest of terms a computer backup is simply a second copy of the files on your computer. The backup could be on the same hard drive, an external hard drive, DVD, thumb drive, or even a hand written copy of the file contents. It could be a simple copying of the files or a drive image. As long as there are two copies, you have a backup – and don’t tell anyone I said this, but you’re already ahead of most other users if you backup at all.

And now you’re asking yourself, “It can’t be that easy, can it?” No, of course it can’t! While 2 copies is technically a backup it may not be a good backup. When you perform bad backups you leave yourself open to a whole Pandora’s box of possible problems such as; drive failures, lightning strikes, theft, and even malware, and there is almost nothing worse than the feeling you get when you realize you lost little Johnny’s birthday pictures because your backup failed. Heck, some people might go off the deep end if they lost their bookmarks!

Have no fear, I’m about to share with you an unwritten secret known only to those faceless computer geeks who reside in deepest darkest recesses of the office basement.

The 3-2-1 backup rule is designed to prevent data loss due to any reason short of a nuclear war. It’s a minimum standard that businesses should follow and a great goal for anyone backing up their data. It may seem like overkill at first glance, but many things you keep on your computer simply aren’t replaceable, or would take years to recreate. So, what is this secret rule? The 3-2-1 rule means 3 different backups on at least 2 different media with one copy off-site. There you have it, but don’t spread it around – it’s a secret. If you lose your data while practicing the recommendations of the 3-2-1 rule you most definitely have much bigger problems at hand – after all, how are you going to fight off the zombie horde with only a disposable lighter, a toothpick, and a shoe lace?

That’s right, three! I’ve said it before – and I’m sure I’ll say it again – “You can never have enough backups!” Backups fail. Things happen. Having three different copies of your backup greatly raises the chance that at lease one will be good and with a little effort some of the process can be automated. In the end if 2, or all 3, backups are fine then it’s really no skin off anyone’s nose if you’re able to recover your data. The key is to spread the risk, which is the entire premise behind the 3-2-1 backup rule.

Yes, two! It’s a fact of life that hard drives die, USB drives are lost, and DVDs get scratched. By having the backup on at least two different media you increase your chances of recovery when on of those devices fail (and it will). The chosen media isn’t important and you can use any combination such as;

Any combination that suits you and your situation is acceptable so use your imagination.

It’s an unfortunate fact of life that homes are broken into and natural disasters occur. The very last thing you want to even remotely worry about are those irreplaceable pictures of a child or relative who’s past. The best solution is to store one backup away from the location of your computer. There are many ways to accomplish this and some are more labor intensive than others, but it isn’t difficult to carry a thumb drive to work every week. Here are a few examples to consider;

The goal is to separate the original computer files from the backup.

It’s not overly difficult to implement your own 3-2-1 backup plan and the effort is minimal once you figure out how you want to approach the task. I also understand not everyone will have the motivation to go to these lengths to protect their digital life. The most important thing I hope you take away from this article is a new found understanding of how important backups are if you don’t already have a system in place. You don’t have to follow the rule exactly (but you should!). No one will fault you for only using two external drives and rotating them. No one will fault you rotating thumb drives and keeping one in your desk drawer at work for safe keeping. You should, however, strive to introduce some method to get your files backed up away from your home if at all possible.

I’m going to leave you with a diagram outlining my backup system. It may seem a little complicated, but it’s about as bullet proof as I can make it. It works and it’s mostly automated. Feel free to critique my plan and share your own experiences in the comment section – I would love to hear how you backup your files!