Microsoft has just released a bit of information about improvements in Windows Explorer for the upcoming Windows 8 operating system. Before we get to the *new* let’s have a look at the old.

This is how things looked in the old days. Not much to look at, but more functional that typing commands at a command prompt! 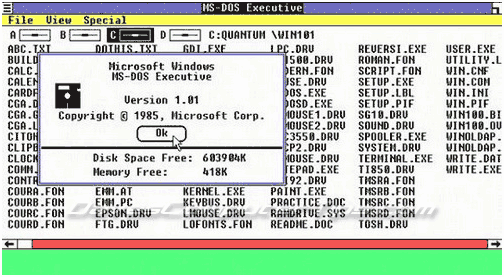 Windows 3.1 brought with it improvements such as Drag and Drop. 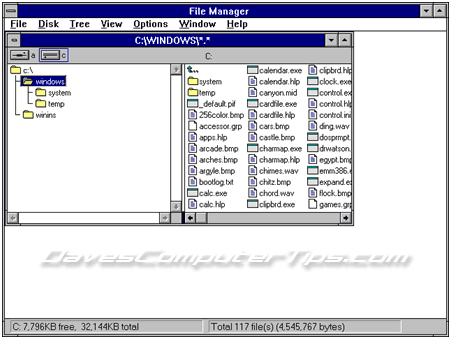 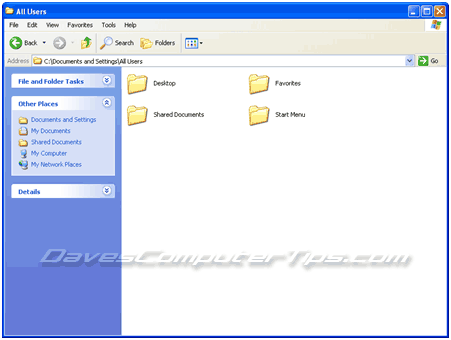 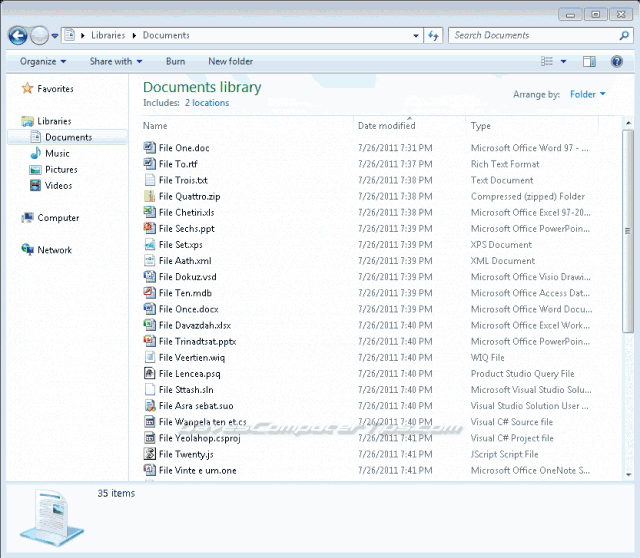 Not much has changed since Windows 3.1 other than visual improvements, however Microsoft has been hard at work analyzing telemetry data from hundreds of thousands (millions?) of Windows computers. Using this data they have been able to classify what commands are important, or used most by the end user. They found that the top 10 actions a user performs total over 81% of user activity. 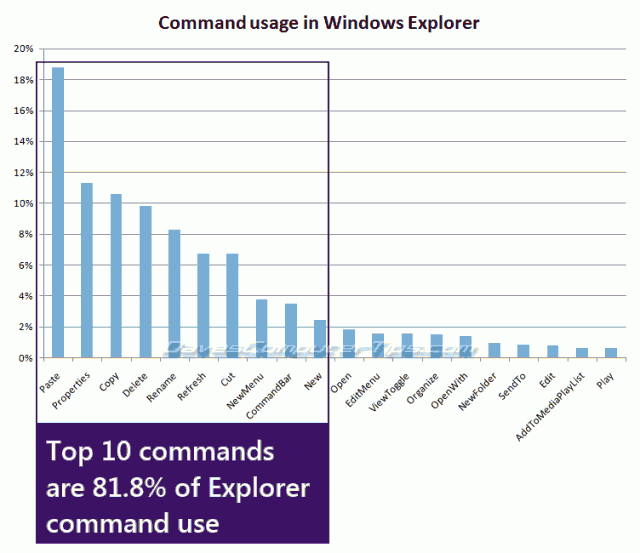 Over the past several years Microsoft has been moving (slowly at times) many of their programs to an often chastised “ribbon” interface and that is the plan for explorer in Windows 8. Many will accept the change readily, others will adapt and move on, and a few will complain and find an alternative. We know, without a doubt, that MS will be using a ribbon interface, but you may not have considered the vast amount of research they’ve put into the design of the ribbon. Using the data above and more they have designed the ribbon to focus on the most used actions while not entirely forgetting the less used ones. I actualy like it!

Here is a graphic of the new explorer ribbon provided by Microsoft.

Notice that they have indicated how often a particular command is used? Once you look at it for a few moments you can see that a tremendous amount of consideration has been put into button placement and end user experience. I’ll say it again, I like it!

Here is what the full window will look like. 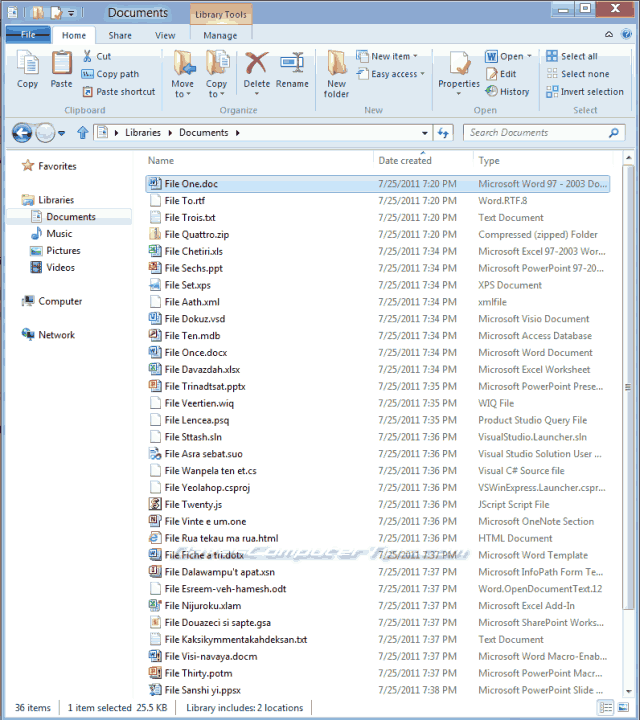 I think it’s a nice step in the evolution of how we manage files. You can read the full article by Steven Sinofsky at the Building Windows 8 blog.