Rant of The Day 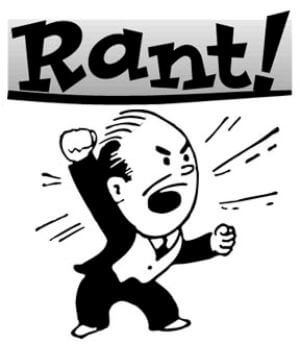 Windows has dressed up some of its long standing applications and as you might expect they have created something that tried to please everyone. I don’t know if this technique ever works, I believe that in many cases, it is better to just leave “well enough” alone, particularly if they are working fine and my comfort level is as close to perfect as I require.

Having said that, I fully understand the need for change when change is needed, I am just questioning the need. The next three paragraphs are just me ranting on the unnecessary changes Microsoft does. If rants are not your thing, skip to the end of this post where I do give an example of how Windows has changed the new calculator.

Let me step back a second and state that I have always believed that many of the changes to the Operating Systems and programs like Office were updated or changed, in my opinion, more to generate capital than because a change was needed. That’s fine, to me it is no different than car models changing every year, they are a business and are trying to make money.

However, these are not the changes I am talking about. We always had a choice on the upgrade in the past. If you did not want to move to Office 10 because Office 7 was working perfectly for you, you didn’t. I know hundreds of people who kept chugging away with Windows XP through the new releases of Vista, Windows 7, Windows 8 and 8.1, and even Windows 10.

Why Did They Change It? 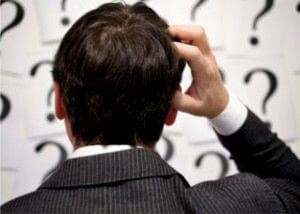 What I am talking about is the day to day applications and commands within the software or operating system, why change them? Is it really necessary? I have scratched my head on more than one occasion wondering why! I have used every iteration of Windows created. I felt I had to if I was going to service them. Every release has created issues which have irritated several of my customers and it got me thinking why does Microsoft do it, particularly when I believe there is a better way. Keep both versions in the initial release to allow individuals to at least wean off the old while practicing on the new. Microsoft has done it before, you had the option of using the new or classic views in Control Panel, Start Menus etc. But, it appears they have decided to abandon that route for a “this is what you get whether you like it or not” approach. Let me give you a perfect example.

The classic Windows Calculator was a thing of simplistic beauty, if only in the fact that it worked perfectly every time I used it. It could have had a few improvements, like a simulated paper tape or whatever but it worked and I liked it. Adding to the original version would have made sense, made the program better and kept customers familiar with it. That is decidedly not what Windows decided to.

The calculator in Windows 10 has added a new Programmer calculator to the Standard and Scientific calculators that comprised the old version but they have omitted several of the conversions that were part of the Windows calculator plus, like currencies and consumption, but they did include a new selection of ready-made converters. The programmer calculator is a nice addition to the original calculator and the entire calculator layout is clearly meant for compatibility with tablets and phones.

However, the layout for the PC is completely different from the original and unless you modify the default size, it first appears like some “number tiled” monster on the screen, it is much too large to take seriously.  The image below is set at the default size and I have clicked on the Volume Converter.

I have modified it to a usable visual layout but I am still not a fan. My biggest complaint is why did they not include the original with the new version. I seriously can’t believe it was size, granted the new version is only 32k but the old one was only 112k. Windows is so bloated that adding that 112k would have been meaningless. In their effort to make it “clean & neat” they have made it, well you tell me. I personally think it is “too metro”.

If you are not happy with the new calculator all is not lost. There are options. Instead of a button to view the classical version or at least a notification telling you that one existed, which would have been a nice touch, they have kept a version online that you may download. The Microsoft Calculator Plus from the Microsoft Website.  It does include both the Plus version and the older Classical version  together.

I took the opportunity to download a third party calculator Moffsoft FreeCalc, shown below. The free version only has the standard display but it does have a simulated paper tape that I really like.

Alright, in the bigger picture, complaining about a calculator does not seem too important but you get the idea. The calculator just pushed my buttons, (pun intended). There are many more changes that Windows 10 has brought about and I feel the same way about many of them. Albeit, some of the changes are superior to the original. Has Windows 10 made changes that you wish were left alone. Either way, let me hear from you.

6 thoughts on “Windows 10 Rant: Too Many Changes for the Sake of Change?”