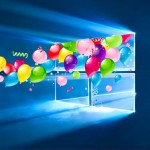 RTM means Released To Manufacturers, or Released to Manufacturing. It is the point in an operating systems development where the software is stable enough for the authors to release the OS to hardware manufacturers and the suppliers who create the retail media we buy in stores. It’s a basic “We’re done” moment for the authors, and while there may be updates released after RTM the software is generally ready for public consumption.

Well, Microsoft hasn’t come out and directly said that Windows 10 has reached RTM, but there have been a few interesting occurrences in the past few days which point directly to RTM:

I’m definitely not gifted with ESP, but the coincidence is just too much to ignore!