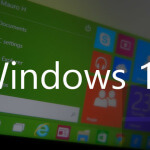 Microsoft has just pushed out an out-of-schedule cumulative update for Windows 10. Lately, this is not an unusual occurrence. “Patch Tuesday” is not scheduled for another week, and we expect more at that time, but this one surprised me.

As you can see, this is mostly a bug-fix roll-out. You should be able to get this most recent update via the Windows Update App now. The official Patch Tuesday, for what it’s worth, will be coming on August the 8th. New features?

They love to fix bugs, don’t they. What bothers me is that there seems to be a whole lot of them– like, all the time. Wouldn’t it make more sense to fix the bugs before they introduce new features? It’s gotten to the point where many people don’t trust the updates anymore– myself included.

I would much prefer bug-free updates than to have an onslaught of new features I don’t find all that exciting anyway,