*For the sake of convenience, the mobile side of Windows 8 will be referred to as “Metro” throughout this article. 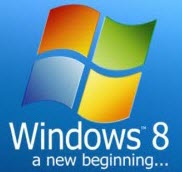 When it comes to Microsoft’s new operating system, regular DCT readers would be aware that I have been numbered among the detractors. I have criticized the hybrid approach, as well as the shift in emphasis away from the desktop. I really should have known better, especially at my age, than to criticize something without any first hand experience. Relying on other peoples’ opinions to form one of your own is fraught with pitfalls.

I had pretty much decided I didn’t really want anything to do with Windows 8 but realized, of course, that I was going to have to install it sooner or later if only to satisfy work commitments. The plan was to wait at least until after the official release on October 26th. However, following some gentle nudging from Dave, I reverted to Plan B and installed the Release Preview version a couple a couple of days ago. It made perfect sense to ‘experiment’ with a disposable copy in preparation for, and rather than, one which has been bought and paid for. Little did I know what devious scheme Dave had in the back of his mind.

Installation proceeded smoothly and I waited in anticipation as Windows 8 prepared to reveal itself for the first time… and then suddenly, there is was. First impressions seemed to confirm my worst fears as all those widely reported initial reactions became a reality; Where is everything? Where is the Start button? How do I do this? How do I find that? Thankfully, I have been reading Dave’s excellent series of Windows 8 ‘How To’ articles so had a rudimentary idea, and with the benefit of a little refresher here and there I was soon navigating around Windows 8 with aplomb.

I can tell you folks, the so-called problems with Windows 8, and the controversy they have engendered, have been very much overstated. Firstly, the missing Start button, something we have all come to rely on so heavily – and that my friends is the issue, not Windows 8. Everything is still there and easily accessible. If anything, the desktop and start menu are even more customizable than ever… you just need to be patient and find the right settings. The initial instinct is to rush off and download the first tool you can find to bring back the start orb and menu (there are several 3rd party offerings around). My advice would be to persevere without, you will achieve the same, if not better results, and learn a heck of a lot more about your new operating system along the way… it’s all about familiarization.

Here are a couple of clues for first timers:

A useful menu containing shortcuts to commonly visited locations and functions can be accessed by right clicking in the bottom left hand corner of the screen: 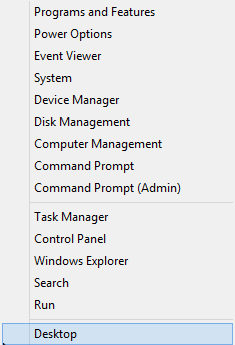 Shortcuts to other often visited locations such as (My) Computer and user folders can also easily be added to the desktop and/or Metro start menu:

1) Right click anywhere on the desktop and select “Personalize’

Add shortcuts to individual user folders, on the desktop or to the Metro start menu:

1) From within the desktop, click on the Windows Explorer icon located on the Taskbar

2) Right click on the item you wish to add

3) From the menu, select Pin to Start to add a shortcut to the Metro start menu or Send To>Desktop to create a desktop shortcut.

Oh, and if you want to change the size of desktop icons, simply hold the Ctrl key down while scrolling the mouse wheel up and down.

Obviously, you are likely to end up with more shortcuts on the desktop than you might be used to, and associated with a variety of different areas. You can view Dave’s excellent guide on how to better organize your Windows 8 desktop here: Navigating your way around Windows 8: Customize the desktop.

Shortcuts in the Metro start menu are known as Tiles, but these are not restricted solely to mobile style apps and games. Just about anything and everything can be added to this start menu. Items can then be sorted and organized into separate and specifically labeled sections… read more here: Navigating your way around Windows 8: Customize the Start Screen.

All in all, if you properly utilize the range of menus and options Windows 8 has to offer, you’re going to end up with a better system overall, better that is than third party Start menus have to offer.

Another major gripe has been that Windows 8 always boots to the Metro start screen rather than the desktop, and there is no native way to change that behavior. This is one complaint I really do not comprehend; a shortcut to the desktop is clearly displayed at the bottom of the default Metro start menu, just one click is all it takes. Seriously, is it really that much of an imposition? One click, and in the blinking of an eye you are in the desktop.

The same applies for any installed programs which require desktop functionality; simply click on the appropriate tile (shortcut) in the Metro start menu and quick as a flash, the program opens in the desktop.

What does impress me about Windows 8 is the brilliant interaction with online services and between Windows 8 driven devices. I have been critical of the dual roles in Windows 8 but now, after seeing it all first hand and although I still concede its inherent ability to create a certain amount of confusion, I can also perceive a potential which was not previously apparent.

Now, I’m not suggesting for one minute that everyone should jump in and migrate to Windows 8. I am very happy with my Windows 7 and I’m guessing there will be many who feel the same. Windows 7 is a very good operating system and sticking with it is definitely a viable option. However, for those who may be contemplating the move to Windows 8, for whatever reason, please do not be put off by all the negative talk. Metro and the duality it creates does not, in my humble opinion, detract from desktop functionality, in fact if anything it tends to add to the overall experience.