As a responsible parent, I’ve always held the opinion that it is my duty to protect my children on-line. Of course, I can only do this to an extent, and until they are of a certain age, and given my kids are now young adults, that responsibility has all but left me, however I now find the prospect of Grandchildren being on-line in years to come a little daunting!.

I’m nevertheless fully aware that my forte was IT and indeed not everyone is able to turn their hands to technology so what was a simple enough task for me could be a daunting task for others. It leads me then to a little thinking out aloud about what is happening on-line today and who should be responsible for ensuring our children are not exposed to the grotesque videos and images we all know about and protected from the vile hate speech and targeted bullying that ruins lives, if indeed it’s possible to protect them at all. 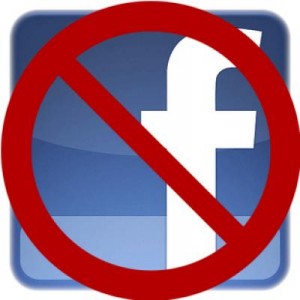 I’ve written about this subject in the past and met with a lot of resistance and differences of opinions, which is great because that’s what free speech is all about, but I’ve also noticed that since the Facebook explosion things have changed slightly, many kids now seem to think it’s acceptable that videos showing all forms of grotesque acts are easily available on these social network sites, and even Facebook defends “their right” to show these videos, even labeling them as “educational” and “representing real life”. Don’t know about you guys but I can’t remember the last time I saw a beheading on the way to my local shops or some poor soul being burned alive.

It’s easy to understand the motivation behind sites like Facebook, money, pure and simple, but whose responsibility is it to ensure that our children, grandchildren or even us adults, don’t have to worry about seeing such horrific real life scenes of destruction which could, let’s face it, impact children negatively if they are exposed to a network of such imagery for any length of time.

I believe there are 3 key players in the safety of children online:

1. The parents/guardians
2. The governments
3. The ISPs.

Tackling the problem begins with governments and authorities, empowering parents and guardians with the necessary tools to protect themselves, and children, whilst on-line. Educating children at an early age could also be an advantage as it’s only natural that children want to know about the devices we use daily, and will no doubt use them soon enough. My one year old grandson will fall over himself to watch “The Animal Song” on my phone via YouTube and he does this by pointing to my phone and saying “woof woof”. At the ripe old age of only one, he is developing an interest in smartphones and on-line content, albeit he doesn’t understand it but he doesn’t have to, not yet anyway. If he tries to take the phone from me I simply tell him “no no” and so he is used to the idea that I am the deciding factor in his on-line activity, something which I hope will continue with his mum and dad in years to come.

The government’s involvement should remain responsive but not controlling. I would not be in favour of governments stepping in to “control” the internet but instead would like to see them put more pressure on ISPs to help their users put internet filters in place at the ISP level, not router level. The thing with routers is a lot of parents I have dealt with in the past don’t understand them and those who are not technically capable simply shy away from even trying to configure them. I’ve even known some parents who let the kids configure the router!.

Alternatively, ISPs here in the UK are beginning to offer internet filtering through the on-line account in which the bill payer accesses to pay the bill anyway, a web panel if you like, with a much more user friendly system. A handful of service providers have even enabled porn filtering and other child unfriendly sites by default meaning if any adult within the home wants to view this type of material, they need to opt out of the filter. Additionally, when the ISP is responsible for maintaining and updating its filtering technology, it removes the risk of filters becoming outdated and vulnerable which could happen if parents were responsible for filtering software or as happens regularly, the kids simply uninstall or bypass the filtering software!. Of course, the web filter is only as strong as the password the parents choose in the first place.

Creating such a simple, maintenance free and user friendly method of filtering is a sure fire way to minimise the effort and technical know how required by parents to enable such protection, but until all three responsible parties are singing from the same hymn sheet it’s highly unlikely an effective filter will exist for some time to come, and even when it does, we still have the problem of Facebook and other social media outlets who consider the “up-loader” to be the responsible one and accept most content as “fair game”. The problem with social networking and video sharing sites is you can’t filter content within the sites themselves and so, as I experienced in the past when I had a Facebook account, it’s very easy for a friend of a friend, etc to share a video of something really quite inappropriate and before you know it, it’s on your timeline for all YOUR friends to see!. Easy answer is to stop showing content from that user but others could quite easily share silly stuff as well.

My solution to seeing what was happening on Facebook in regards to my kids was to let them know as soon as they had a Facebook account they would add me as a friend. When they refused to accept my friend request or “de-friended” me, I refused to allow them to use the internet I was paying for. Needless to say, they quickly relented, and became used to the idea that what they couldn’t say in front of me or their mother shouldn’t likely be on Facebook either. There is a fine line, of course, when it comes to respecting the privacy of your children and just as I wouldn’t consider it acceptable to be in the company of my children and their friends 24/7, I have to agree that it is likely unrealistic of me to expect I can see everything they do on-line, and even if I do see something I don’t necessarily agree with, sometimes you have to let it go and adopt the attitude that as long as it’s not hurting anyone, fair enough.  I no longer have a personal Facebook account, but my wife does, and although the kids are grown up now I can sometimes see the one finger shuffle from behind her laptop determined to give one of the kids a ticking off about something they’ve posted or shared, nothing highly inappropriate or anything, just likely a warped sense of humour (bit like their father, ahem!) 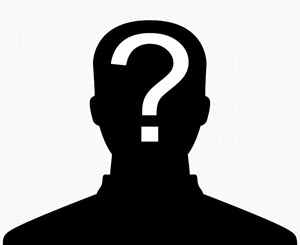 At the end of the day, filtering is only a part of eradicating the problem, people’s behaviour on-line seems to be a growing problem, especially given the anonymity available to most when posting and it’s up to everyone to ensure the on-line community is given the same respect it deserves as our real life communities – for me, if you wouldn’t say it to someone’s face, you shouldn’t consider it appropriate to say on-line.  Here in the UK, we are starting to see people being cautioned, or even imprisoned because of highly offensive or inappropriate comments left on social media.

So what do we do then if we know there are children using the internet at home but the parent or guardian chooses not to enable an appropriate filter?. Do we give someone the powers to enable it forcefully or do we potentially continue to allow children at that address to access unsuitable material?. I know that example may seem a little interfering, but let’s take another example. Someone tells you they know a household that has a room full of pornographic and grotesque material and that the children living there can access it whenever they feel like it, and the adults in that home know about it and are perfectly fine about it. Would you consider that acceptable?. Would you consider that the same thing as being able to access it on-line?.  Is it anything to do with us?.

It appears that even with the best intentions in the world, we may still be at a complete loss in monitoring or restricting what our kids are exposed to on-line, where there is a will, there is usually a way. And whilst most of us can understand viewing certain material on-line is likely part of growing up these days, it’s the age at which they are able to access it that is primarily the concern, plus some of the content can undoubtedly be inappropriate at any age.

So, I suppose my ramblings lead me to the same question that I started with, who is responsible for ensuring our children don’t access inappropriate material on-line, and if those people or that person fails to protect a child from such inappropriate material, what can be done about it? Do we have the right to force protection onto such children, or should we just simply mind our own business and accept that sometimes, just sometimes, s**t happens!? As my good friend Jimbo once said in a previous post, “you just can’t legislate for idiots“.

Should be an interesting discussion …