Once the euphoria of unboxing your shiny new Android phone has calmed down a tad you’ll need to install your favourite Apps. Your first port of call should be Google Play where you’ll find more Apps than you ever thought possible. Here’s a selection I installed on my shiny new Galaxy S8 out of the box.

This has pretty much become the default messaging App for most people since it’s free, not restricted by the confines of SMS, allows you to chat by text, call people over the net and send stuff like pictures and videos. You can even create and join groups with common interests and there’s now a Desktop App if your fingers can’t take the strain any more. WhatsApp is the first app I installed on my new phone and since the account is tied to my phone number, when I swapped the SIM card from the iPhone to the new Galaxy S8, my contacts were immediately synced. Transferring the actual iPhone chats to the Galaxy was a different matter though and one that I’ll probably cover in a different article.

Notwithstanding its anti-Trump bias and over-the-top politically correct stance, BBC news coverage is generally world class, especially for breaking stories. In fact, I’ve activated the breaking stories alert on my device resulting in the now familiar BBC jingle playing when a story is breaking. Unfortunately, that very jingle has become synonymous with terrorist attacks for me, yet this App remains a must-have for other worthy news. Apps I’ve installed are CNN, and The Guardian because of its breadth of interesting stories and videos. For Argentina-specific news, I’d recommend La Nacion and Clarin, in Spanish of course. 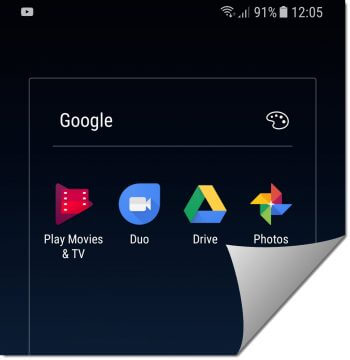 Most Android phones are shipped with the Google default Apps such as Google Play Store, Google Photos, Google Maps, Google Drive and a host of others. I don’t consider most of the Google Apps to be bloatware as many people do, because I use practically all of them. On the other hand, Hangouts, Google+ and Duo don’t seem to have much of an established user base, are a bit vague, and consequently I don’t use them much. In fact, I only ever chat with one other person on Hangouts because he doesn’t use Facebook Messenger or Whatsapp and is the only reason I use it. Oh, and I’ve just remembered, Google Allo, yet another messaging App from Google which I don’t use either because none of my five friends use it. Personally, I think Google would be well-advised to merge all their chat Apps into one and be done with it. But what do I know? 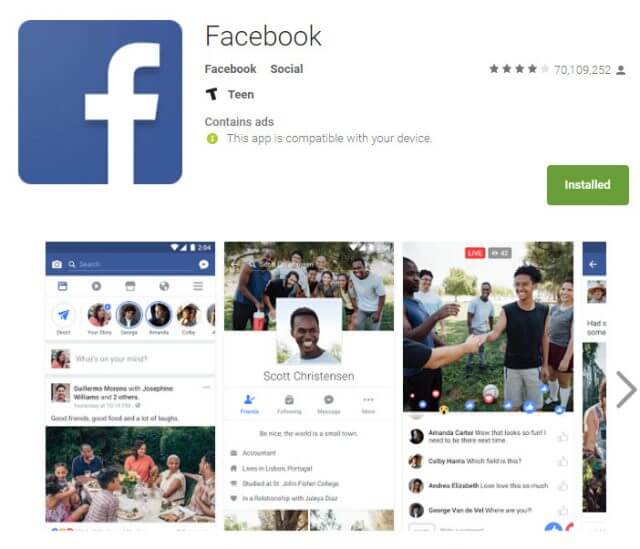 What more is there to say about the ubiquitous social media App that hasn’t already been said? On my phone, Facebook came pre-installed with the firmware and can’t be uninstalled — a fact that I’m not in love with. I initially began using it when I first began using the phone in June whilst delirious with shiny-thing syndrome, but soon found myself wasting time with it on utter trivia. I also re-discovered that Facebook is quite a drain on the battery and for those two reasons alone I’ve disabled/force-stopped the App for the time being. 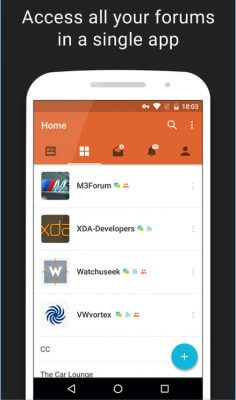 Are you a member of various forums? Would you find it easier to access all your forums with just the one App? This is why I installed Tapatalk which enables you to post to your forums and receive alerts to your subscribed topics. It’s such a simple idea and works seamlessly with all my forums. It’s worth pointing out that the forum must have the Tapatalk module installed in the first place though, so that’s worth checking first.

Steam – You can’t play games on the mobile App, but you can keep with up with gaming news, offers and notifications.

Rain Alarm – Does exactly what the name suggests and tells you when rain and thunderstorms are imminent. Particularly handy in one of the thunderstorm capitals of the world, Buenos Aires.

Speedtest – For me, this App is a must-have, particularly when out and about visiting customers’ premises, when the need to measure their internet speed helps diagnose their problems.

Shazam – When you can’t remember who sang that song or you simply want to know whose dulcet tones are coming through the wireless, install the App, point your phone at the radio and it’s recognised in a fraction of a second. No more, ‘Oh that’s what’s-his-name…‘ etc.

Radio Garden – Listen to thousands of radio stations around the world.

LocaToWeb – Let friends and family follow you speed across the globe through GPS tracking in their browser.

Waze – Real time community based traffic reporting. A must-have if you don’t want to chew your nails off.

SwiftKey Keyboard – An absolutely brilliant keyboard for your mobile phone. Having tried GBoard, I then tried SwiftKey and haven’t looked back, mainly because it’s able to seamlessly allow me to use both Spanish and English dictionaries without switching languages. Its predictive text is faultless and swipe-writing is an absolute breeze.

PayPal – Now that I have a phone with fingerprint, face recognition and iris scanning security, I have no compunction in using PayPal on the go, which is especially useful if you want to fork out on something digital and download it later – like a car for instance.

Netflix – For those moments when a TV screen is out of reach.

Barometer – Barometric pressure and its trend is the most reliable way to predict weather. Great if you’re a weather watcher like me.

CPU-Z – Like its PC counterpart, CPU-Z will tell you everything you need to know about your device, iincluding temps and sensors. Cool, with optional bragging rights.

Bixby Button Remapper – Introduced on the Samsung Galaxy S8, the physical button instantly brings up the Bixby assistant which I never use, so this app allows me to remap the button to the camera or practically any other app I choose. BX-Actions does the same job but it stopped working for me, perhaps by a Samsung update as they’re not too pleased by their flagship button being remapped. 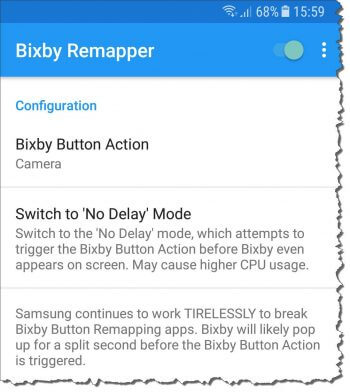 This is just a small selection of the Apps I now have installed on my Galaxy S8, not to mention Gmail, Outlook, Word, Opera, Spotify, AirDroid and numerous games, including Tomb Raider and Quake II. As always, check your device’s compatibility on Google Play Store and above all, have fun.