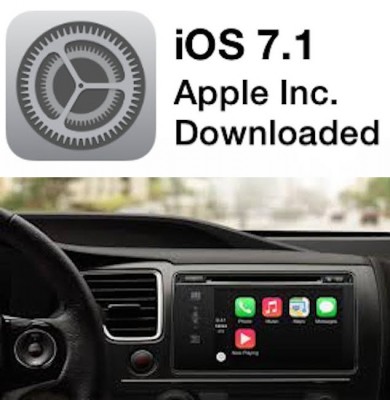 This week, Apple released iOS 7.1, the latest version of its mobile operating system. While this is not a major release, it is more than just the usual bug fixes, hence 7.1 instead of 7.0.7.  So exactly what is in iOS 7.1?

The most significant update in iOS 7.1 is the addition for CarPlay support.  Announced at last year’s Worldwide Developers’ Conference (WWDC), Apple announced a new platform, iOS in the Car.  Basically, it is iPhone integration in vehicles from most leading automotive manufacturers.   Well, it’s here but with a new name, Apple CarPlay.   Showcased at the Geneva Motor Show, it will initially be available from Ferrari, Mercedes Benz and Volvo.    As expected, CarPlay supports map, music, phone calls and text messaging.  Siri can be invoked from a button on the steering wheel.  Integrated with the car’s physical controls, CarPlay can be controlled in the same way as the screen is controlled for each model.  Along with native apps such as iTunes and Maps, CarPlay will also work with some third-party apps, including Beats Radio, iHeartRadio and Spotify.   It should come as no surprise that CarPlay is only compatible with iPhones.  Android, Windows Phone and BlackBerry users will be out of luck.

Other features and improvements include:

Not included in the ‘official’ release notes is an improved interface for the Phone app, featuring smaller, less obtrusive buttons.

To update your iOS device to the latest and greatest version,  open your ‘Settings’ app, then General –> Software Update –> Install Now (or ‘Download and Install’ if you aren’t tethered to your Mac or PC.)  Tap ‘Agree’ for the ‘Terms and Conditions.’