‘QwikMark‘ is a basic, portable, PC benchmarking tool available free from the vTask Studio developers. QwikMark will measure CPU speed in gigahertz and gigaflops, as well as data transfer rates for hard drive and RAM.

Download consists of a tiny 84KB single executable, no installation is necessary, just double click the downloaded executable to run the program: 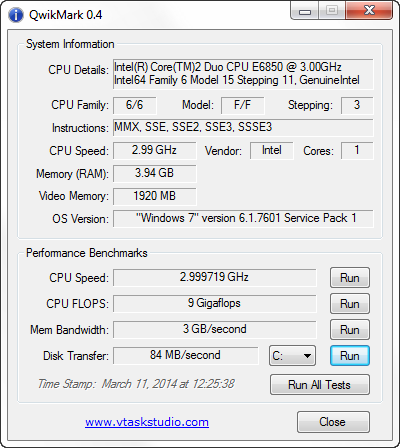 As you can see from the above screenshot; the four basic tests can be run individually or all automatically – one after another. The screenshot was taken after running QwikMark’s tests on my desktop. Here are the comparable results taken from my laptop, also running Windows 7 but 32-bit: 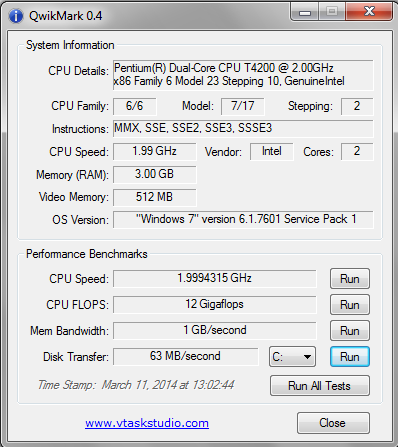 While QwikMark might be a tad primitive for serious benchmarking, it could be a handy little tool to help compare basic performance levels between various machines or hardware components. The software also provides a nice little summary of system resources, including precise CPU details as well as amounts of memory installed. The fact that QwikMark is so small, and portable, and free, certainly adds a lot of appeal.