SSDs – Solid State Drives – which do not employ any moving mechanical components and, are far less susceptible to physical shock; capable of faster boot times; faster system shutdown; along with faster sleep and hibernation modes, are the choice of “serious” computer users.

I like to think of myself as a serious user so, just as soon as SSDs dropped in price to a reasonable level, off I went to my supplier and walked out with an OCZ Vertex Plus 60GB SATA II SSD (a tiny little thing), in hand. 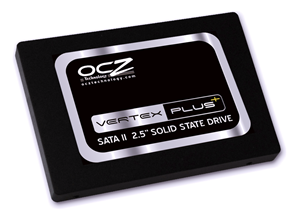 Both Windows 7, and Windows 8, set up nicely on an SSD and the OS will optimize the drive, to some extent. But, a user can take the optimization process much further. Doing so can increase an SSD’s response considerably.

I must admit, that I had no reason to quarrel with the response time of my OCZ Vertex Plus. Even so, when I happened to find a free application that promised to optimize the drive even further, to effect an additional increase in speed, I had to give it a try. I’m glad I did.

Tweak-SSD – the freebie version – did exactly as advertised and increased performance noticeably. Some examples:

The following is a quick walkthrough with this “push button” application:

A simple click on the Start bar gets the process underway. The application is designed to recommend suggested settings. 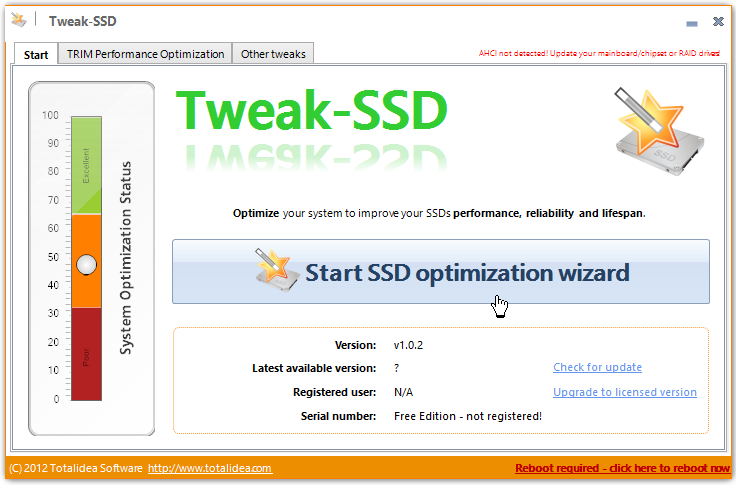 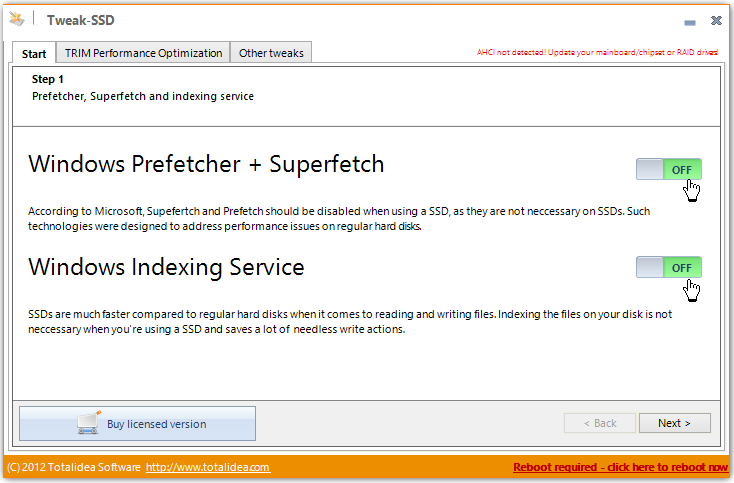 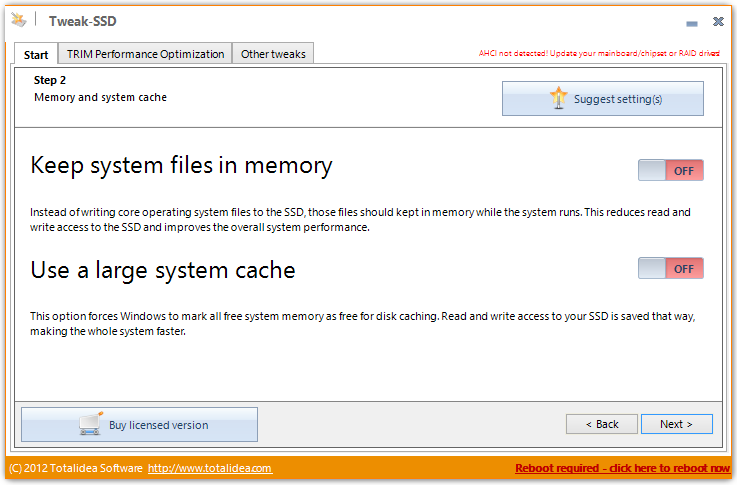 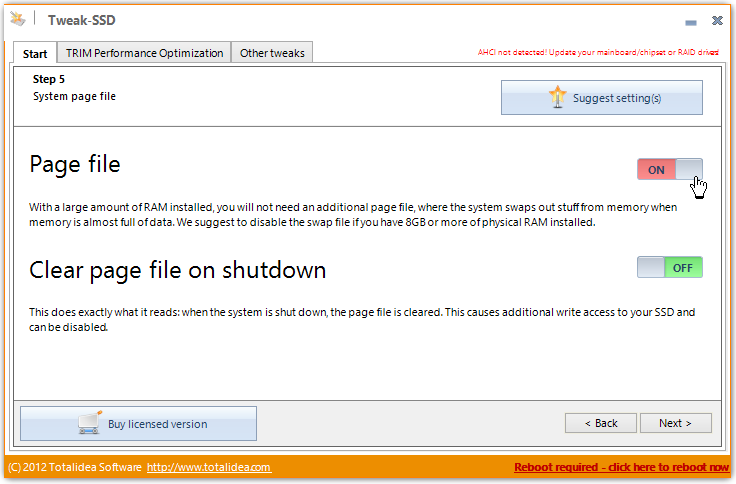 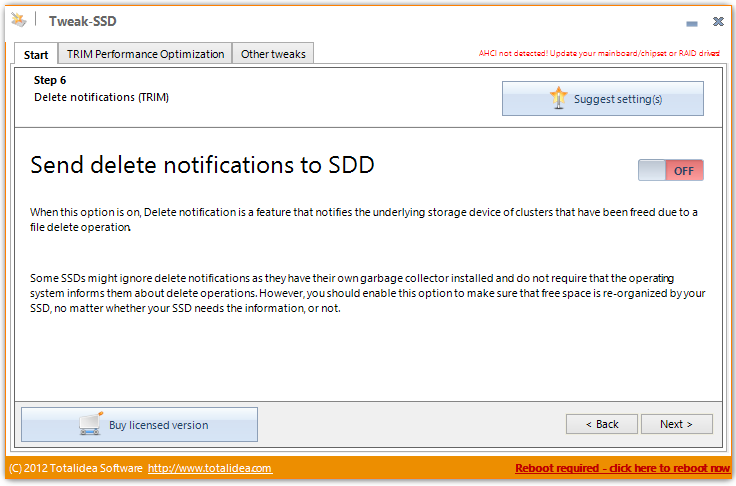 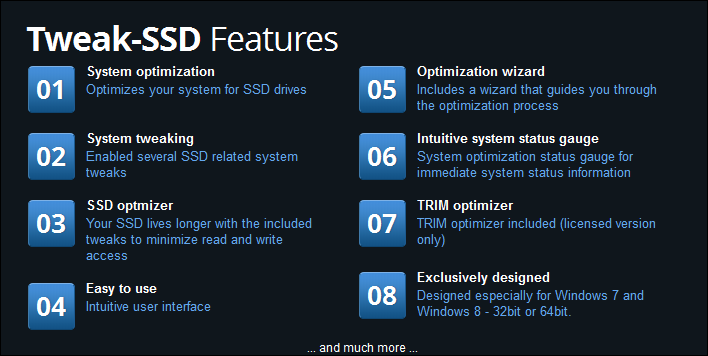