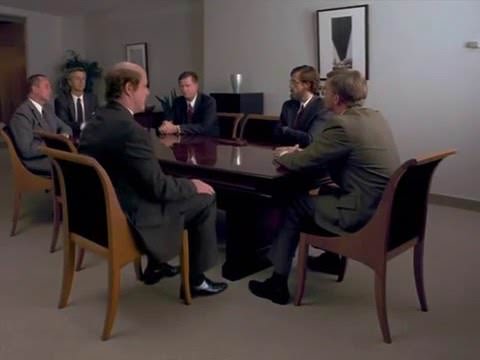 In the above scene from Pirates of Silicon Valley (1999) where Bill Gates tells IBM executives that he believes he has what they need, a disk operating system that even he doesn’t yet possess (according to the film**), we witness a moment where one man’s fortune is secured and the seeds of the personal computer revolution are being sown. This is just one of many scenarios that were played out in the 70s, 80s and 90s, and many films and documentaries, made by both professionals and enthusiasts alike, have been made since.

Interesting facts: IBM was founded on June 16th 1911 and in 1986 Compaq beat IBM to market with the world’s fastest personal computer, the Deskpro 386s.

In as much as IBM was seen as the big bad wolf by many of the protagonists at the time – a theme that touches most of us – so too do the films, documentaries and series that portray the many life-changing events in the world of silicon. Pirates of Silicon Valley is one such example and although it deals largely with the dysfunctional, ambiguous and oddly symbiotic relationship between Bill Gates and Steve Jobs, its message of visionary pioneers taking on the evil corporate behemoths is what stands out for me and I’ve seen the film at least half a dozen times over the years. Ergo, I must be a nerd.

In 1983 Compaq launched the Compaq Portable and their importance in personal computing cannot be underestimated. Not just for being first to market with a portable computer, but for being at the forefront of the PC clone industry. Silicon Cowboys (2016) is a fascinating documentary, tracing the rise and fall of Compaq until its merger with HP in 2002, including many of the highs and lows, of which there were many, but also the youthful exuberance of enthusiastic idealists and young entrepreneurs when trying to conquer the world.

…has been described as a labour of love by its creators and this documentary includes interviews with over 60 influential protagonists of the so-called Commodore era, including none other than Jack Tramiel, the founder of Commodore. Bringing personal computers to the masses was the golden pot at the end of the rainbow for the visionaries of the time and documentaries such as this have enormous historical value. I haven’t yet seen the film and so far the only available outlet I’ve found is Steam, where you can rent or buy it.

A fun look at the rise and fall of Atari, whose demise is often blamed on ET, a game they produced which ultimately flopped rather badly. 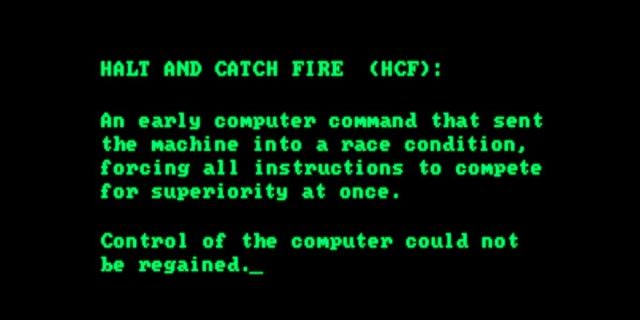 It was only through watching Silicon Cowboys that I became aware of this TV series, as there are one or two clips of the series edited into that film and I’m so glad I did come across it. Mind you, if anyone had suggested to me a TV series based around the life and times of an 80s computer start-up and its nerdy characters, I would have said it was unlikely. However, this works and it works extremely well. You can’t fool a nerd when it comes to 5 ¼” floppies and 8Mhz 80286 microprocessors and this is where the show excels. Attention to detail is spot-on and whilst Compaq is mentioned a couple of times in the series, the fictional Texas based company is actually called Cardiff Electric. However, one can’t help but draw comparisons to the real Compaq, particularly since reverse engineering of the IBM BIOS plays a crucial part in the story line. Highly recommended for nerds and non-nerds and it runs for a staggering four seasons. A kind of Mad Men in silicon.

We all leave a footprint on the world one way or another, the difference being that some seize huge global opportunities and change our interaction with it. 3DFX did just that by putting 3D gaming on the map, becoming a phenomenal success in the process. Anyone who has played games on a PC since the 90s cannot think of Voodoo Graphics, Glide and 3DFX without a nostalgic shiver up the spine. In fact, if you still own a 3DFX graphics card, drivers have been developed by enthusiasts as recently as 2009, such is their popularity even today. 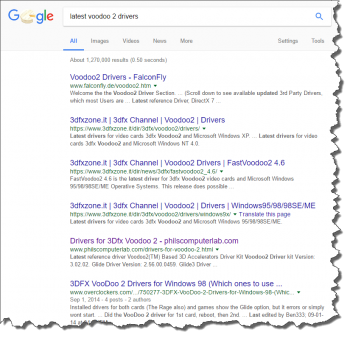 This three part film is packed with interviews with Bill Gates, Steve Jobs, Steve Wozniak and many others. A must see and available on YouTube in three parts.

No list of this type would be complete without a reference to the founder of Apple and there are numerous films and documentaries dedicated to the man, for good reason. I’ve seen most of them and whilst many of us would agree that he was a flawed genius, no one can doubt his contribution to personal computers, communication and entertainment. Today he’s practically deified, hence the number of tributes to him alone.

Other Handy Lists of Films Related to Computers and Emerging Technology

Netflix is showing a paltry selection of tech documentaries and films, so it’s worth searching a little there, but for more comprehensive sources, please check out the following links at BFI and Krypted.

I personally find documentaries and films about the computer revolution to be beguiling, nostalgic and romantic and I never get tired of them. They hold an important place in the history books, since they make us look back at a time when even the sky wasn’t the limit. Just think of all the Smart Phones we now carry around (as a quasi-bodily appendage), that not only were envisaged way back then, but contain all that DNA created during those heady and exciting days.

…and finally, your tech revolution fix doesn’t end here. Thanks to the wonder of YouTube, The Computer Chronicles channel has a list of videos as long as your arm, dealing with the birth of the Internet, MS-DOS 6.2, Windows 3.0/95/98 and everything in between. Here’s a taste… connection established…