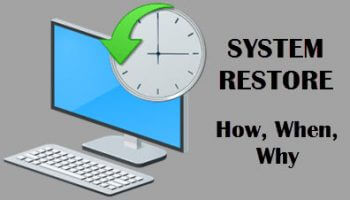 System Restore is a feature in Microsoft Windows that allows the user to revert their computer’s state (including system files, installed applications, Windows Registry, and system settings) to that of a previous point in time ~ Wikipedia

I peruse a lot of articles on tech sites, not only to help further my own education but also to keep an eye on what others are writing about. Although some tech sites are spot on with their information, it never ceases to amaze me just how many are spreading bad advice and misinformation. I recently came across one such article discussing System Restore which included the following closing statement:

Everyone should think of System Restore first when they start having problems with their computer.

In my humble opinion, that is patently bad advice. System Restore should always be the last resort, not the first response. There are several very good reasons for this: 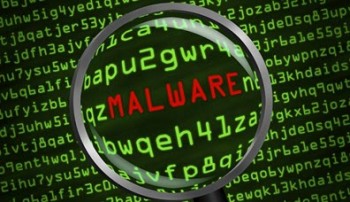 Contrary to that other tech site’s advice, if an issue suddenly appears for no apparent reason, your first course of action should always be to eliminate the possibility of malware. The best way to do this is by scanning the system with a reputable malware scanner/remover, such as MalwareByte’s Anti-Malware (free) or Emsisoft Emergency Kit Scanner. If malware is identified and removed, and the issue no longer exists, then all good. Even if the system is reported as being 100% clean, at least you now know it’s unlikely that your restore points are infected, and if the issue persists there are still plenty of steps remaining to help find a solution.

Many issues which appear out of the blue are caused by recent changes – installing updates or new software installations for example. If you go to Control Panel > Programs and Features and click on the Installed On column header, the list will be sorted by date of installation. From there you can easily check to see if anything new has been installed around the time that the issue first appeared. Similarly, if you click the View Installed Updates option in the left hand panel, you’ll be presented with a list of all installed updates. Same system. Click the Installed On column header to sort into date of installation and identify any recently installed updates. 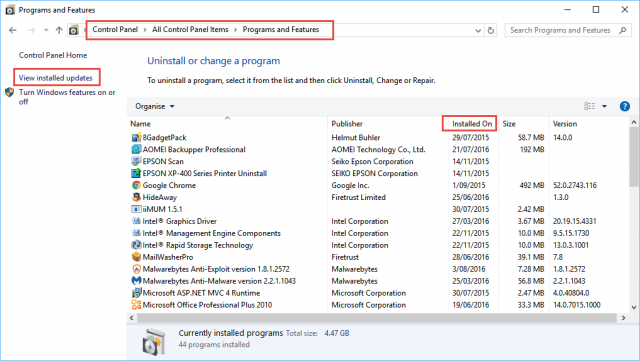 Often, uninstalling a recently installed software or update will rectify the situation. Even if nothing new has been installed within the time frame, you can still continue the search for a fix by utilizing a number of Windows diagnostic tools – Troubleshooter, System File Checker, and DISM commands – all helpful tools. And, if any of that is above your pay grade, you can always seek advice through any number of help forums, including the DCT Forum, where our team of experts will be only too happy to assist.

The point being, System restore is not the be all and end all for computer problems and a proper diagnostic process will often be of far greater benefit in the long run. Of course, System Restore is always available as a last resort, if all else fails.

You can access System Restore by several methods, however, the common method across all Windows operating systems is to navigate to Control Panel > System and then click the System Protection option in the left hand panel: 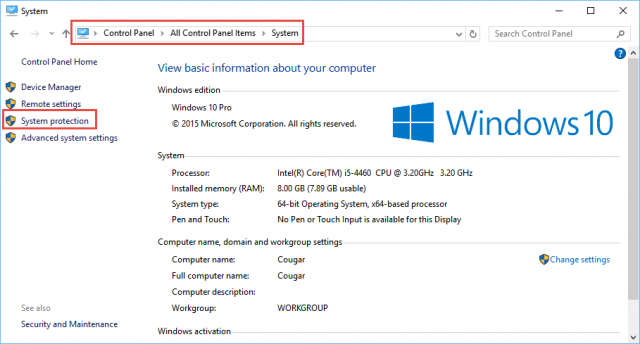 This will take you to the “System Properties” window where you can configure System Restore, manually create new restore points, and access a list of restore points to restore your system to an earlier time: 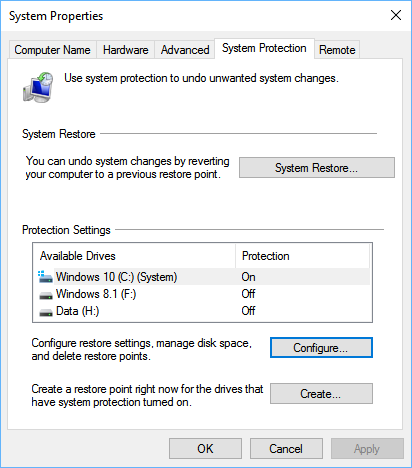 Protection settings should be turned On for your system drive (usually C drive). If not, highlight the system drive in the list of available drives, click the Configure button, and enable the option to Turn on system protection. You can also allocate the amount of hard drive space to be used by System Restore: 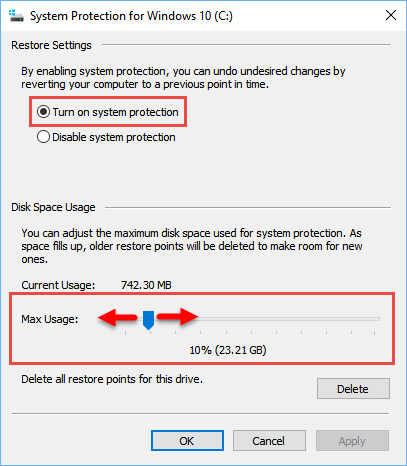 The amount of disk space you allocate will be largely dictated by the capacity of your system drive. In my case, the system drive is a 250GB Samsung SSD with 200GB free space and, as you can see from the above screenshot, I’ve allocated 10% (or 23.21GB) to be used by System Restore. I’ve seen lots of estimates on how much space is used by each restore point, however, this is equivalent to asking how long is a piece of string, as it will differ from user to user and operating system to operating system. The best way for you to ascertain an approximation of this figure for your own system is to wait until multiple restore points have been created and then divide the amount shown under “Current Usage” by the number of restore points saved.

Some restore points will be created automatically; prior to installing Windows updates for example, and some software installations will also trigger automatic creation. The system will also automatically create a restore point if none have been created within a specific period of time – I believe that’s 7 days for modern Windows operating systems.

However, it’s always a good idea to manually create a system restore point prior to making any major system changes, such as:

Here’s How: In the System Properties window, click on the Create button. In the popup window, type a suitable name into the dialogue box (a name which will help identify the restore point), and then click the popup’s Create button: 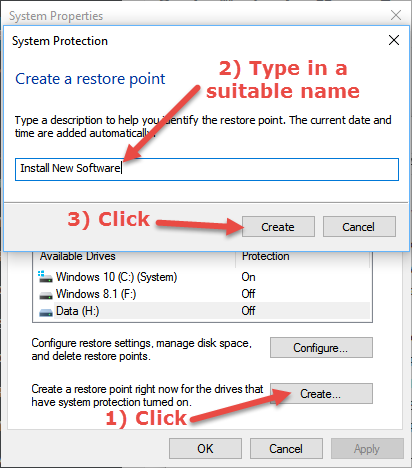 Restoring the System to an Earlier Time 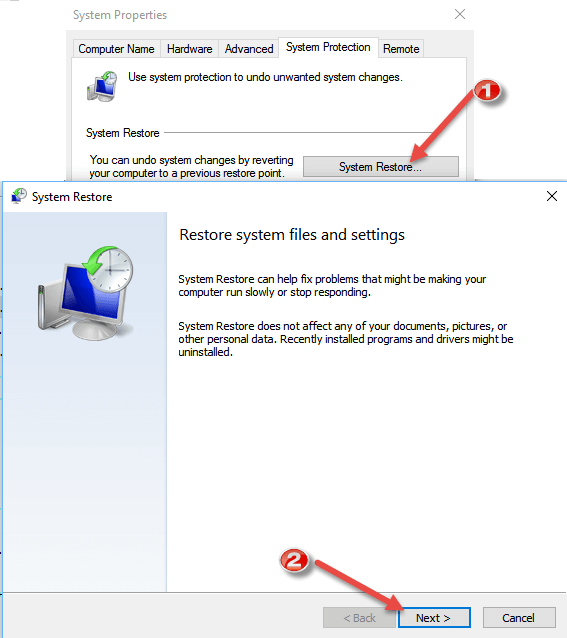 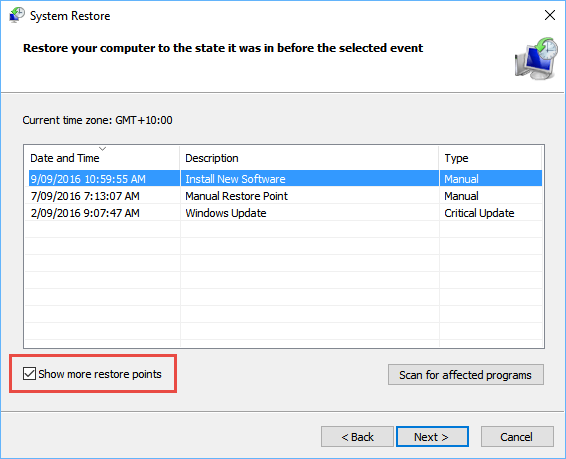