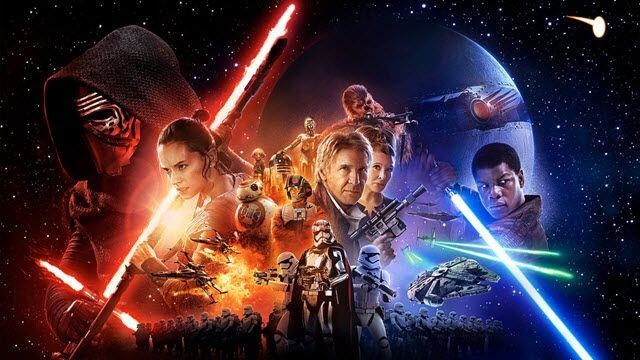 I am an unabashed Star Wars fan and have been so looking forward to watching the latest episode Star Wars VII – The Force Awakens. Having now done so, I can sum up this latest offering in one word… disappointing. Make that 2 words… bitterly disappointing!

The two major new elements in play here, Disney’s involvement and George Lucas’s absence, have seen Star Wars transformed from an imaginative and innovative spectacle to a bland and derivative teen fest. The plot consists of a our motley crew of rebel fighters (sound familiar?) who are horribly outnumbered by their evil overlords (sound familiar?) but must somehow destroy the latter’s awe inspiring Death Star weapon (sound familiar?). We even have a masked Sith Lord thrown in for good measure.

The evil overlords are now known as The First Order (previously The Empire) and the latest Death Star is ten times bigger than the original, but guess what, this new awesome Death Star can still be destroyed in almost the exact same way as the original… so much for progress. And the Sith Lord demasks himself at random to reveal an unmarked, baby-faced villain with about as much fear factor as a wet sponge. 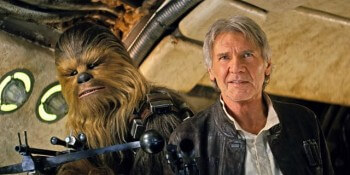 It’s 30 years on yet seemingly not much has changed, even Han Solo remains his original rascally, swashbuckling self, which at his now advancing years is incongruous to say the least… did I mention unimaginative? In fact, the film is replete with incongruities; a  young woman with zero training who has only just discovered she is blessed with the “Force” manages to defeat a Sith Lord with years of training in both the art of the Force and light-saber fighting. One minute the Sith Lord is able to hurl our heroine some 50 feet backwards at the speed of a thousand startled gazelles merely by using the Force, the next minute he is soundly defeated by this same slip of a girl in a light-saber duel.

Essentially, Star Wars VII feels like a reboot of the original series, except this time for kids. There is virtually zero exploration of the mythology of the Force, one of the elements that so intrigued viewers about the originals, and no Jedi Order – seriously, how can Star Wars be Star Wars without the Jedi? Not only were these missing elements disappointing but so was the serious lack of emotional investment. At literally no point did I feel sad, frustrated, anxious, exhilarated, or intrigued during its belabored two hours and sixteen minutes. The characters felt like they could be potentially cloned from any PG-13 teen movie you’ve seen since Twilight forced its version of acceptable adolescent stereotypes upon the world.

The somewhat anti-climatic ending clearly points to a sequel (sequels?) and it’s just as obvious that Disney’s approach is aimed at introducing kids to the Star Wars franchise. My younger grandchildren will no doubt enjoy Star Wars VII  but I suspect most of us older ones who “lived” through and enjoyed the original movies may find this latest teen-centric offering way off the mark.

Just in closing: I can’t help but wonder how much more enjoyable Star War VII might have been if, instead of this rebooted claptrap for kids, the storyline, some 30 years on, had seen the Rebel forces and Jedi now in charge with the evil overlords being the ones trying to take over. But then that would necessarily involve a degree of imagination and innovation, would it not?