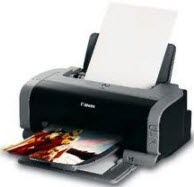 There has been much conjecture of late regarding the future of desktop computers and their ultimate fate. Not surprising really considering Microsoft’s shifting emphasis toward mobile computing, and the massive deployment of smartphones and tablets in general. But modern technology and trends are impacting on more than only the humble desktop, just ask the printer manufacturers.

Printer vendors are certainly feeling the pinch as unit sales drop by the millions annually. Major supplier Hewlett-Packard has reported a 4% decline in revenue derived from printer sales during the 2011 financial year, acknowledging that “weak consumer demand” is a contributing factor. And most pundits, including industry representatives themselves, are predicting the downward trend to continue.

There are many reasons why the demand for hard copy printing is on the wane, not the least of which is the burgeoning popularity of mobile devices and social media sites. Here are just several examples of how technology and popular trends have impacted on our printing habits:

I’m sure you can come up with plenty of examples of your own. When you think about it, there is practically nothing which can’t be stored/shared

/distributed/whatever digitally. Printing out photos at home, in particular, must surely be be a dying art. With so many inexpensive printing services available now, even the comparative costs involved are not conducive to home printing – 6” x 4” prints are as cheap as 13 –15 cents each through stores, while the same procedure at home has been calculated to cost an average 44 cents just for the ink alone.

The trend toward the cloud and online printing services has also seriously depleted reliance on printers, especially where small businesses are concerned. Here is a wonderful quotation from John Lees, director of print services for wholesale buying club Costco in Issaquah, Washington:

There is always going to be a demand for printing, but we are fighting over a shrinking pie. Costco offers printing services to small businesses through its eight business centers. Medical and dental offices were the mainstay of our business, with patient profile forms, but these days they hand you a tablet to get your information when they draw blood.

They say necessity is the mother of invention, and we all know that vendors are motivated by profits. Put the two together and perhaps we are due to witness the dawning of yet another major shift/innovation in the computer landscape.

I guess the humble printer still has plenty to offer today, especially in terms of immediacy. I have to admit, I hadn’t thought about this until reading a recent user comment, which then led me to the realization that my own printing habits have definitely changed over the past 18 months or so – I’m printing far less now than I used to. What about you – do you find yourself utilizing the printer less and less these days?

8 thoughts on “Printers: A dying breed?”