Of all the interesting terminology which has passed into the language following the emergence of newer technology, don’t you think that ‘the cloud’ is among the most inventive. I do, yet it is both appropriate and somewhat misleading at the same time. The term itself is a metaphor for the internet and, although it conjures up notions of some kind of infinite ethereal entity, the reality is something else altogether. In the case of ‘cloud storage’ for example, your data is actually stored on physical servers which, despite the inference, are very much earthbound. It’s when you need access to that data that ‘the cloud’ (aka the internet) enters the equation.

Storing one’s personal data in the cloud comes with both benefits and disadvantages; the obvious benefits being flexibility of access and, of course, utilizing someone else’s storage space rather than your own. The other side of the coin has been well documented of late with the likes of the MegaUpload scandal and the acquisition of Instagram. Unpredictable events such as these clearly demonstrate that data stored in the cloud is susceptible to the foibles of individual service providers and commercial enterprise in general – a new startup venture called ‘Polkast’ is endeavoring to address those vulnerabilities.

Polkast bills itself as your ‘Personal Cloud’ which is again somewhat appropriate although also slightly misleading. The data remains stored on the local hard drive and is accessible from mobile devices via what the company describes as a “direct cloud”. In reality, Polkast creates a connection closely resembling a virtual private network (VPN) which then allows direct access between your mobile device(s) and the home PC – one way only. Or two way access between PCs. 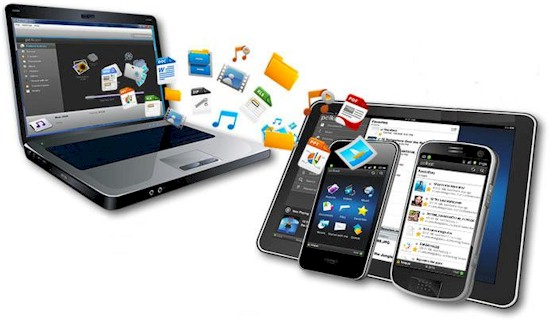 Remote connection is available via either wi-fi or over the internet, the service automatically detects your mobile device’s proximity to the PC and chooses the optimum method. Polkast then opens a secure password protected SSL connection between the two devices, and encrypts all transmissions. The obvious provisos are that your PC must be turned on and connected to the web and, of course, that your mobile device is also connected to the internet.

As with most startups, documentation and support are scant commodities right now. The company has also yet to decide on the best way to monetize its project. Polkast is currently completely free and, with reports suggesting they are looking to generate revenue from within the corporate sector, it appears likely it will stay that way for personal users.

Even though I am not currently a mobile device user (old fuddy-duddy Jim), I can see a huge potential for this type of software:

Now I know there are a lot of great photo storage and sharing sites, but if you took say 200 photos at a recent special event, chances are you’re not going to upload all 200 to Flickr or Facebook. You’re going to save them onto your hard drive and most likely put only a select few online – Polkast allows you to access your entire photo library all the time.

4 thoughts on “Polkast: The cloud you have when you’re not having the cloud?”