Everyone must surely be aware by now of the vulnerabilities inherent in the Java platform. News of the latest Java vulnerability has been doing the rounds… yet again – http://www.us-cert.gov/cas/techalerts/TA13-010A.html

The previous serious incidence was brought to light only last August, as reported by DCT here: https://davescomputertips.com/2012/08/java-zero-day-exploit-expected-to-spread/

It’s fairly apparent that Java is a minefield of vulnerabilities just waiting to be exploited. So much so that DCT has previously advised readers that they should &#8220;Junk their Java” – https://davescomputertips.com/2011/11/you-should-junk-your-java/

The good news is that Oracle has moved outside its normally rigid update cycle and released an update to fix this latest vulnerability – specifically pertaining to Java 7. If you cannot live without Java, we strongly advise you download this latest version as soon as possible. 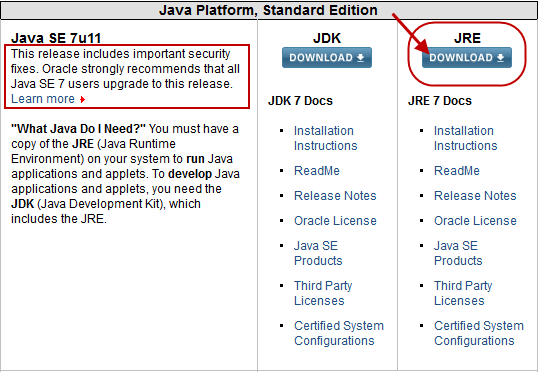