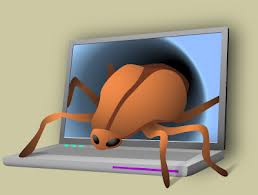 According to a report recently published by networking giant Cisco; malware is more likely to come from advertisements on seemingly legitimate sites than from those sites traditionally considered as presenting a higher level of risk, such as sites hosting adult content or those dealing in illegal pharmaceuticals.

According to Cisco, people who mix work-related and personal online activity via smartphones and other mobile devices are in the “high risk” bracket for security breaches. That’s particularly the case for what Cisco terms ‘Generation Y’ mobile device users who are described as constantly checking social media, email, and texts.

That lifestyle is entering work environments in greater numbers. Unfortunately, what the security studies show is the next-generation workforce’s lifestyles are also introducing security challenges that companies have never had to address on this scale.

Based on the Cisco Connected World Technology Report’s survey results, most Gen Y employees (91%) say they believe the age of privacy is over, while one third say they are not worried about data stored online.

They are willing to sacrifice personal information for socialization online. Remarkably, most global Gen Y workers said they feel more comfortable sharing personal details with retail sites than with their own employers’ IT departments.

Today, we live a blended work-personal life. The hackers know this, and the security threats that we encounter online, such as embedded Web malware, while visiting popular destinations like search engines, retailers, social media sites, and smartphone/tablet apps, no longer threaten only the individual; they threaten our organizations by default.

Wen you think about it, this definitely follows logic. Cyber crooks are not silly and are bound to continue instigating their attacks from areas known to attract the highest numbers of users.

On a side note, and again quoting Cisco; the U.S. still  leads the way in global Web malware, with more than 33% of all infections. Russia comes in at number 2, with 9.79%. China, which has always held a prominent position in malware rankings, has dropped from being the second most malware-stricken country in 2011 to sixth spot last year.

According to the studies, Android malware encounters grew by a massive 2,577 percent during 2012… although mobile malware still represents a mere 0.5 percent of total Web virus instances.