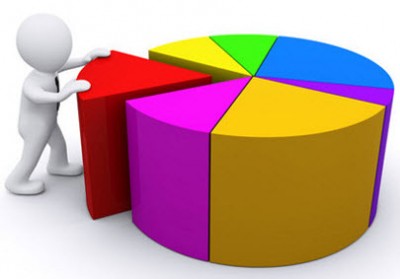 With the passing of the old year into the new, I thought it might be timely to take a look at how the market share statistics finished up at the end of 2014. As usual, the preferred source for market share trends is NetMarketShare. 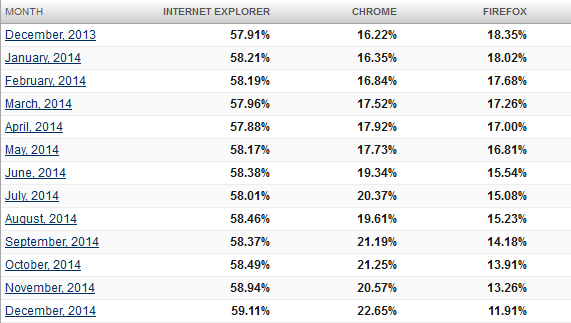 I decided to investigate a couple of additional areas this time round, with some interesting results: 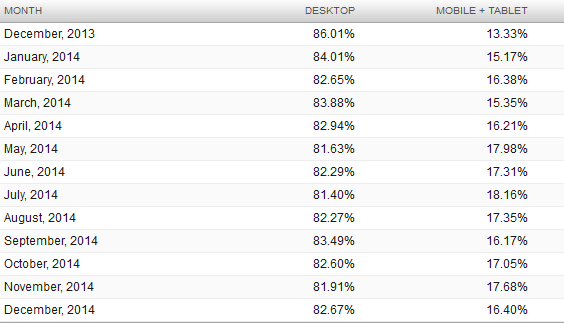 This one really surprised me. According to these figures, and despite all the doom and gloom to the contrary, desktop computers are still ruling the internet roost at the end of 2014. Sure, the percentage of connecting desktops has dropped slightly during the year but it still remains very healthy and well above the numbers for mobile devices.

No surprise to see Google still dominating here but it’s interesting to note Bing’s steady improvement throughout the year, almost doubling its starting percentage. What saddens me is that none of the more private options, such as Duck Duck Go and Startpage, have impacted enough to even rate a mention, tucked away under the rather inglorious heading of “Others”.

Now on with 2015  and more interesting trends in store no doubt.