Break Me Off a Piece of That… Android KitKat

Android’s first released version started sweet enough, named Cupcake.  It has progressed through all types of sugary and confectionery delights — Donut, Eclair, Froyo, Gingerbread, Honeycomb, Ice Cream Sandwich and Jelly Bean.  So, what will the next version be called?  What sweet treat starts with a ‘K’?   Android 4.4 will be known as KitKat.  So much better than its widely rumored name of ‘Key Lime Pie.’

It looks like Nestle is all in.  As a tie-in, there will be codes inside specially marked Kit Kat bars that can be used to win Google Play app store credits and Google Nexus tablets.

Great, now the jingle is going through my head and I’m craving chocolate.

Microsoft announced on September 2nd that it  will buy Nokia’s handset business and license its patents for $7.2 billion.   It is a bold move on Microsoft’s part to become a serious player in the global smartphone market.  The Windows Phone market share lags hopelessly behind Google’s Android and Apple’s iOS market shares.

In addition to purchasing the handset business, Microsoft will also Nokia’s CEO Stephen Elop returning to head up its mobile devices business.  Mr. Elop was in charge of Microsoft’s business software division before leaving for Nokia in 2010.  Though departing Microsoft CEO Steve Ballmer would not confirm it, Mr. Elop is considered by just about everyone to be the frontrunner to succeed Mr. Ballmer.

Amazon announced that a new version of its e-reader, the Kindle Paperwhite, will be available on September 30th.   The new Paperwhite sports better touch technology, a display with higher contrast and better reflectivity and a processor that makes it 25% faster than its predecessor.

On the second Tuesday of each month, known as ‘Patch Tuesday’, Microsoft releases releases software updates  With 14 updates, September ranks as the month with the most updates for 2013.  On September 10th, at approximately 10:00 AM PDT, four Critical and ten Important updates will be released.   Issues with Internet Explorer, Outlook, SharePoint and Windows are addressed by the four Critical patches.

On September 4th, Sony introduced the world’s first curved screen LED television.  According to Sony, the model KDL-65S990A . “provides an all-in-one cinematic experience for the home, combining a subtly curved visual panel with Sony’s acclaimed TRILUMINOS® Display color system for accurate, deep, vibrant colors, and a powerful angled surround sound speaker system to complete the home theater like never before.”  It will be available in October at Sony Stores and select electronics retailers nationwide for $3,999.99

On September 4th, Samsung introduced the Galaxy Gear.  As expected, the smart watch is a watch and does ‘standard’ smartwatch things (control your music, get notifications, weather).  But it also has a 1.9 megapixel camera, two microphones and a speaker.  Though not a phone, think Dick Tracy.  It sports a 1.63-inch AMOLED touchscreen. 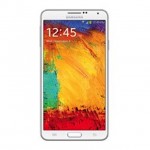 Samsung also showed off the Galaxy Note 3.   It runs Android 4.2 and has a 5.7-inch Super AMOLED display with 1920 x 1080 resolution.  It sports a 13-megapixel rear camera and a 2-megapixel front-facing camera.  The Galaxy Note 3 also supports NFC and Bluetooth LE.  It comes with 32-GB or 64-GB integrated storage, expandable to up to an additional 64-GB with a microSD card.  It will be available in October through AT&T, Sprint, T-Mobile, Verizon Wireless and US Cellular in the U.S. 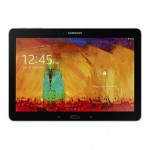