I’ve always appreciated quality watches, so way back in 2001, I treated myself to an Omega Seamaster, a classy watch that accompanied me through the highs and lows of life for over twenty years, including an ocean crossing in a small wooden boat and countless flights across the Atlantic. I still wear it and although it’s in need of service due to losing time, I still marvel at the intricacy of its design, the incredible craftsmanship, and its autonomous automatic mechanism. In fact, I was hooked on the idea of a self-winding mechanism, free from the constraints of quartz watches, which need a battery to function.

Even to the untrained eye, the beauty of the mechanical movement in an Omega, Rolex, or a similar quality watch is something to behold in its intricacy. The same cannot be said for a SmartWatch because it has no moving parts, but it’s the technology packed into such a small frame that grabs my attention. Just look at your mobile phone for a second and the sensors that are hidden beneath its surface. Somehow they’ve managed to cram most of those sensors into a smart device using a fraction of the real estate. You can hardly be anything but impressed by that, can you?

Smart Watches, or wearables as they are commonly known, have been around in one form or another for decades, but it does depend on your interpretation of Smart to a very large degree. As most DCT readers will know, I’m fascinated by shiny things, so when the Samsung Gear S3 Frontier appeared in 2016, Shiny Thing Syndrome (STS) immediately popped up on my shoulder. But it was to be five more years before I could scratch that itch and it was definitely worth the wait. But why Samsung and not Apple, or any other brand?

For a start, I have an aversion to Apple hardware, not the designs, which are usually beautiful, but for being trapped in a software walled garden and the associated black art of breaking out of it. Furthermore, I find the Apple Smart Watch design a little too Smart looking in its rectangularity, in a Toys R Us kind of way, so I’m grateful that Samsung completely revamped its design direction towards a more traditional clock face in 2015, probably in response to Apple’s first SmartWatch. Maybe I’m a traditionalist, but I don’t want my SmartWatch to actually look like one, much in the same way that nobody would ever have expected James Bond to be wearing a watch with piano wire and other hidden lethal tricks. In other words, it has to blend in.

Launched in August 2020, the Watch 3 stayed with the elegantly rounded watch face which is a style I prefer anyway, even though you can pretend to be a Trekkie or a Secret Service agent and still look cool. Fortunately, a local Samsung offer of a 20% discount popped up on my radar, so last week I took the plunge early in the morning, ordered one and it turned up later that day. That in itself impressed me mightily.

Setting the watch up with my Galaxy Note 20 Ultra using the Wear app was a breeze, with the Bluetooth pairing taking a matter of seconds and in no time at all, I was up and running with my new SmartWatch.

Believe me, there are literally hundreds of thousands of watch faces to choose from, most free, but plenty of premium faces too and you can spend an inordinate amount of time browsing the faces, downloading, installing them and then going back to the one you had installed in the first place. I signed up with Watchmaker which has a bewildering selection of watch faces, but one has to be careful not to get carried away in their toyshop.

There are also some very clever watch face designers who offer hundreds of free faces, so if you fancy wearing a Rolex for that dinner for two, it’s only a click away. 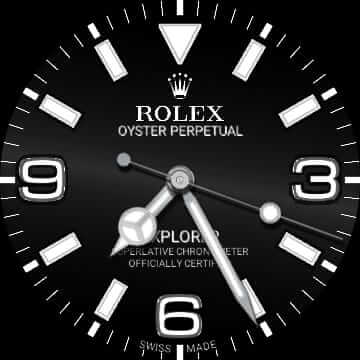 Is The SmartWatch In The Slightest Bit Useful?

In a word, no. It’s an accessory and a darned sexy accessory at that.

What Can It Do?

Apart from telling you the time, which is something I often forget when fiddling around with it, here are the main features which I use:

For the last week, I’ve been confined to the house with back problems, so my steps and exercises have been limited to shuffling like Igor around the house in search of sustenance. I have been checking my heart rate and oxygen levels and am pleased to report that I appear to be breathing, my heart beats and O2 levels are within acceptable parameters. Sometimes it’s just a relief to know that you’re still alive.

Will I be using the onboard Watch apps instead of my phone? I doubt it. The Watch 3 is complementary to the phone when it’s out of reach, for example. However, it’s not often that my phone is out of reach because it’s almost become a body extension and a vital work tool. That in itself is a bit sad, but in this increasingly busy world, it’s become an indispensable way of life. On the other hand, there are times that you may not wish your phone to be seen and so a SmartWatch is clearly more discreet.

There is no native Google Maps app on the watch, so I installed GPS Navigation available from the Galaxy Store for less than a dollar and it works just like its big brother. Mind you, how often I’ll navigate just using my watch is a moot point, but it’s a fun prospect.

I also added a calculator, Samsung’s own browser, and a barograph, but I’ll have to be careful because it only has 8GB of space to play with. Essentially it’s best to install only the apps that fit better with the watch rather than the phone.

Using the phone’s contact list I can make phone calls, so I’m looking forward to trying this out in a crowded place, complete with a white shirt, black tie, shades and a serious don’t mess with me expression on my face.

Clearly, a SmartWatch is not an essential piece of kit, but more of a lifestyle gadget, probably. Would I buy it again? Most definitely, because I stand in awe at the technological advances made in packing so much into such a small package. I have other watches, yes, but what if I want to wear a Rolex tonight, or maybe an Omega or Breitling? Being a tech aficionado, the Galaxy Watch 3 fit’s perfectly and definitely scratches that itch.

1 thought on “I Just Bought My First Smart Watch!”