With the Presidential election finally over, I had hoped that my Facebook News Feed would become a kinder, gentler News Feed again but that was apparently a pipe dream. The election is over people. For those of you who voted for President Trump, good for you. You can stop being sarcastic and high and mighty now. For those of you whose candidate didn’t win, what’s done is done. Just move on. Actually, it’s time for everyone to just move on.  I’m not saying that we should ignore what is going on. I just don’t think we need to be consumed by it.

That being said (and it felt pretty good to say it), I needed a way to minimize all of the political crap that was showing up in my News Feed. The most drastic solution was to quit Facebook altogether. I seriously considered it but decided against it since Facebook is how I keep in touch with friends that I don’t see often. The next option was to unfriend some of my friends. This, too, seemed a bit drastic since not everything they post is political crap. My third option was to block posts that contain certain words but this only seems to work on Facebook’s website and not in their mobile app so I needed a different solution. I decided to designate some friends as Acquaintances. The Acquaintances list is for friends from whom you want to see fewer posts in your News Feed. While not a perfect solution for what I am trying to achieve, I decided that it is the best option for me.

Turn a Friend into an Acquaintance

It’s pretty easy to designate someone as an Acquaintance. 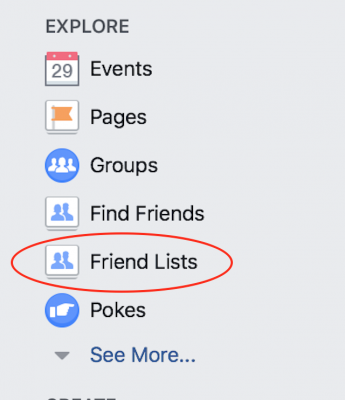 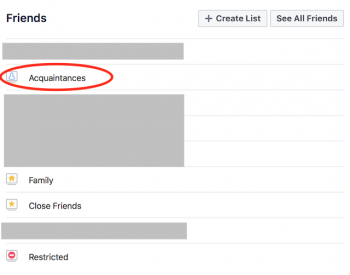 STEP 4:  You will see a box ‘ON THIS LIST’.  This has the search box shown below as well as a list of your friends with an ‘Add’ button next to each one. You can either click on the Add button to make a friend an Acquaintance, or type in part of their name and press Enter.

When you go back to your News Feed, you should see fewer posts from your Acquaintances going forward.

STEP 1:  Tap the icon in the lower right hand corner 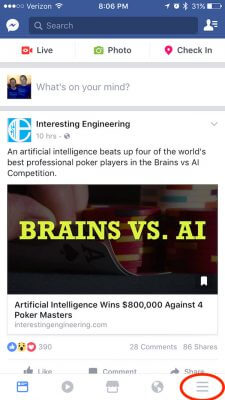 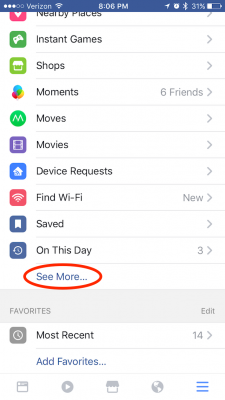 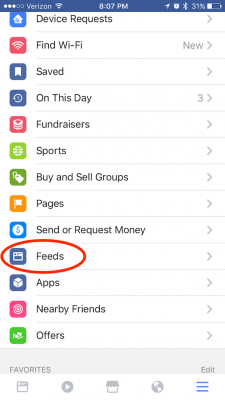 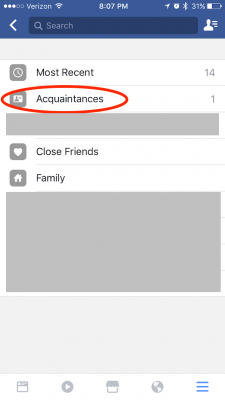 You will now see posts from your Acquaintances.

1 thought on “How to Set Up Acquaintances in Facebook”