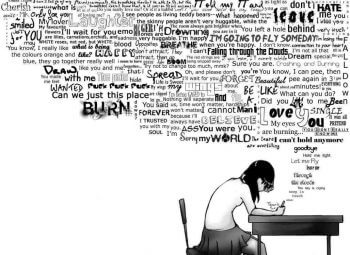 Your Novel – Millionaire, Not!

This is not a magic recipe describing how to become the next New York Times bestseller or indeed how to write your first book. Heck, there are thousands of guides out there purporting to show you how to achieve those lofty heights. Just Google how to write a novel in 30 days, how to become a bestselling author or even how to become a millionaire and you’ll see what I mean. No, what’s key is getting those all important virgin words down on paper with the tools available to help you do so.

Frederick Forsyth wrote The Day of the Jackal in 35 days, which is a colossal achievement for anyone, especially bearing in mind that he typed the entire manuscript on an ancient manual typewriter, many years before either the PC or Liquid Paper were invented. Clearly he’s not alone in that endeavour and having recently watched Papa, a fascinating glimpse into the life of Ernest Hemingway, I was left with the burning image of the great man standing in front of his typewriter, a cardboard scratch pad in hand showing an ever diminishing daily word count struck off (like a prisoner might do in his cell) whilst staring at a blank page inserted into his beloved machine. It’s a sight all too familiar to writers and can fill one with dread, sleepless nights and feelings of failure. 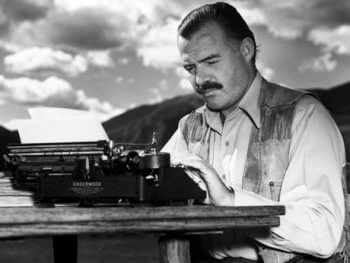 But with the passage of time nothing about writing has really changed, except the tools with which to put those words on paper. The clackety-clack of the characters on the roller or indeed that deafening silence have been replaced with a blinking cursor and a white screen. But those magic words still need to be transferred to the screen in some semblance of order. The writer’s mind still needs to be organised to deal with plots, characters, sequence of events and chapters. In this respect, a writer’s life can now be considerably improved by using software specifically designed for authors in all fields of creative writing, whether that be a novel or a screenplay. Of course, you still need to make that crucial start because those words won’t magically appear before your eyes. Everyone who writes has a different way to leap off the block, but I’m always reminded that Hemingway often overcame his block when he said: Start by writing the truest sentence you know.

Tools of the trade

I’ve been writing in one form or another for as long as I can remember, but it wasn’t until about fifteen years ago that I sat down and  made a serious effort to put together something that resembled a book. With that particular project I used Microsoft Word which is probably the most basic of all writing software, in that you simply type the words and arrange the work into paragraphs and chapters. Clearly it’s a basic word processor, but I enjoy using it because it’s distraction free and time isn’t spent on learning how to use the program; you simply write. Whilst I don’t particularly enjoy reading the non-fiction book I finally self published in 2006, that isn’t really the point. I had finished a work of 85,000 words and felt I had achieved something and the moment I held the first printed edition in my hands was something I will always remember. At that time though, I wasn’t aware of writing-specific software. I’m sure it must have existed, so when I embarked on my latest project, a fiction novel, I scoured around for tailor made writing software, whilst making a start in Word 2010. The trouble is, the writing bug (aka the muse) grabbed hold of me and by the time I had reached 125,000 words, I wasn’t in the mood to switch horses midstream and forged on to the end. However, my next project, regardless of whether my current work in progress ever sees the light of day, will be written using tailor-made writing software for the simple reason that I’d like to see whether it improves my productivity and helps organise those all important scenes, dialogue and characters. Indeed, many author specific programs allow you to build the book and organise notes, character descriptions, scenes, places and research into one organised location, much like a binder.

Which Software to Choose? 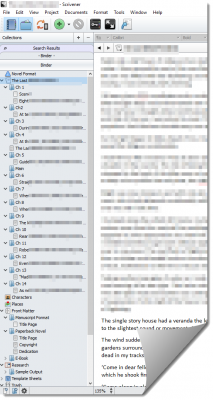 You get what you pay for nowadays and FREE doesn’t necessarily mean it’s the best. Most writing software worth using costs around $40, which is a small price to pay for something that may take take years of blood, sweat and tears. Seemingly the most popular software on the market today is Scrivener which was designed by a writer for writers, which is always encouraging. I’m currently using the 30-day free trial and whilst I’ve got my precious opus magnus saved in numerous locations as a first draft, I’ve been playing with Scrivener, but it is (for me anyway) a fairly steep learning curve. The major benefits I can see are: 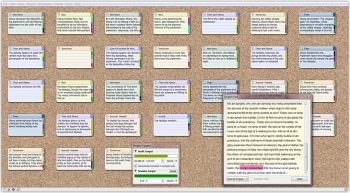 Once I’ve spent a little more time using Scrivener on my new writing project, I hope to give more details of my experiences with it.

PageFour is another highly recommended program which I’ve been using on a trial basis and whilst it’s not so feature rich as Scrivener, it gets the job done and helps organise your story into chapters.

Remember, you have to write the book. The software won’t.

Obtuse as it may sound, I rather enjoy writing without having to think for one second about the software I’m using. During the time I was playing with both Scrivener and PageFour, I spent two whole frigging days not writing, but simply fiddling around with the bells and whistles of the programs. It kind of reminds me of the never ending distractions of personal computers and the web, when all I really want to do and should be doing is writing.

Almost exactly three years ago, following  a few comments I had posted in the DCT forum, I was approached by Dave Hartsock asking if I would like to write the odd article here at Dave’s Computer Tips, to which I agreed. On reflection I’m very glad I accepted his kind offer because writing is writing, no matter what the subject. The 170 odd articles I’ve written here have been a delight to write, which is the whole point of writing. I have of course been busy with my work in progress over the last several months and the most useful lesson I’ve learned is that, like anything, writing is a discipline and has to be worked on. Neither do I claim to be an expert, especially when the realisation sets in that the words won’t write themselves and that cursor will keep on blinking, no matter what.

Whichever tool you use, whether it be paper and pen, Microsoft Word or an all singing and dancing writing program, the most important aspect is to get those daily words down. There is no secret target; be it 200 words or 2000, just write and the rest will follow. Be yourself and keep your work in progress close to your chest until you’re as satisfied as you can be that your manuscript is so polished that you can see your reflection in it.

So, between my paltry efforts here at DCT, it looks like I’ve got my work cut out for me over the next couple of months and whilst I welcome the challenge of editing and polishing up my manuscript, I’ll be leaving it ‘in the drawer’ for a few weeks. Many writers do this when they’ve finished a first draft, so that when they come back to it, the mind has cleared and the work can be edited with a fresh outlook.

8 thoughts on “How To Organise Your Novel on a PC”