Fans of the classic Windows 7 games were pretty miffed when Microsoft chose to consign the games to oblivion with the release of Windows 8. The original FreeCell, Minesweeper, Hearts, Solitaire, etc. gained a pretty large following during the Windows 7 years and have been sorely missed in the newer operating systems. While alternatives are now available as Modern Apps or Universal Apps, many users still prefer the classic versions.

Software developer Sergey Tkachenko recognized the need and designed a package which brings all the classic Windows 7 games back into Windows 10 and Windows 8/8.1. Sergey’s Windows 7 game package has been around for a little while now, however, the software has recently been updated to support the upcoming Windows 10 Anniversary Update.

*The Windows 10 Anniversary Update is currently limited to insider preview users only, however, it will eventually be installed on all Windows 10 systems (possibly July). 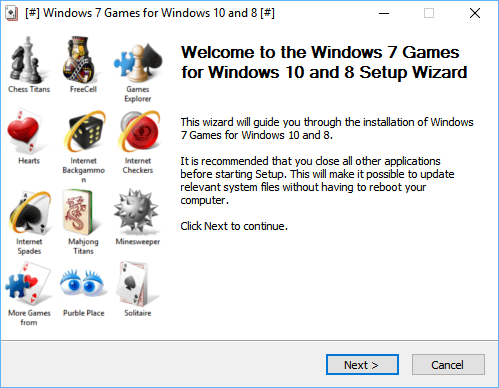 You can pick and choose which games to install, install them all or just the games you want: 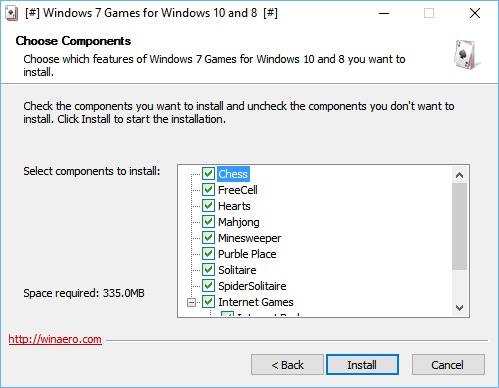 All installed games can then be run from the Start Menu. Windows 7 games fans rejoice!

If you’ve already installed an older version of Windows 7 Games For Windows 10 it will no longer work after the upcoming Anniversary Update and you’ll need to replace it with this latest version.